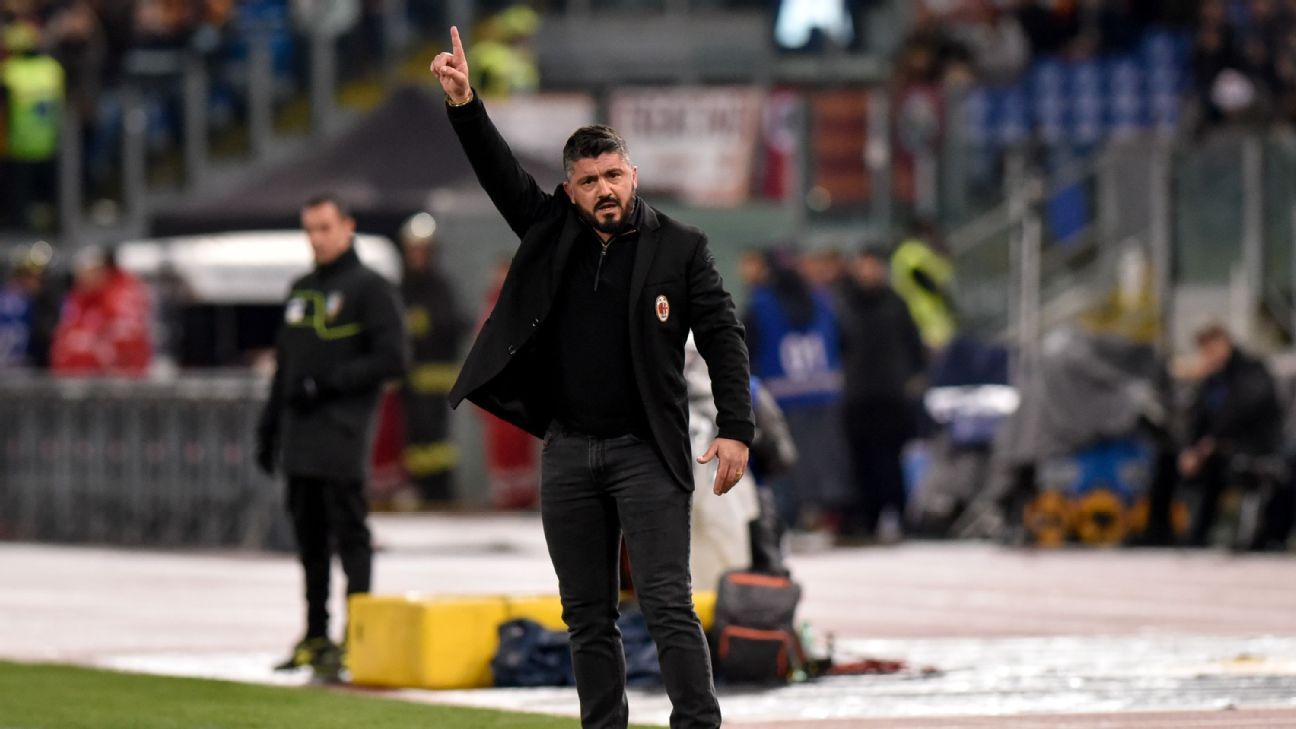 
AC Milan boss Gennaro Gattuso hailed his team for following his guidance after they extended their unbeaten run to 12 matches in all competitions on Sunday.

Patrick Cutrone and Davide Calabria scored second-half goals for the Rossoneri in their 2-0 defeat of Roma at the Stadio Olimpico.

The victory lengthened the seven-time European champs’ unbeaten run to 12 straight and Gattuso, who’s been in charge at the San Siro for just 18 matches since taking over in November, hailed his troops for taking on his instructions.

He told the AC Milan website: “The greatest satisfaction is to see the mentality and the reaction of the team.

“There are people who sacrificed themselves and struggled, they suffered because the way they worked was different.

“The first month [together] was difficult, but the guys always listened to me in everything and now we do not lose for 12 games.”

Gattuso admitted his side did not have it all their own way in the first half.

“In the first half, Roma, at times, crushed us. We could and we had to play better, we were well on the pitch at the tactical level, but at the beginning we suffered.

“Roma are very strong but we were good at staying in the game.”

Meanwhile, Roma coach Eusebio Di Francesco accused his players of going missing in the second half.

“The team did well in the first half and didn’t give AC Milan any chances, but we were missing something in our final ball and didn’t have enough quality in the final third,” Di Francesco said in quotes carried on the club website.

“We went missing after they scored in the second half, which is worrying and something we should think about. We often look for excuses from a physical point of view, but the team were compact and played well in the first half.”

Roma slipped to fifth as a result of the defeat and Di Francesco is searching for answers to his side’s poor performance.

He added: “We can’t be calm and happy after today’s result. We weren’t expecting this game and this performance. The team fell apart after half-time, which is amazing to me. I’m disappointed about the scoreline and the defeat.

“We created dangerous chances in the first half but lacked conviction.”

I know reason for club’s decline but can’t say
Eden Hazard and Real Madrid still have La Liga to play for, if they can get over his behavior after loss to Chelsea
Roma cause a shock as Jose Mourinho appointed manager
Messi 7/10, Griezmann 5/10 as Barcelona fail to boost La Liga title hopes with draw vs. Atletico
Inter win Serie A, La Liga title race stays hot