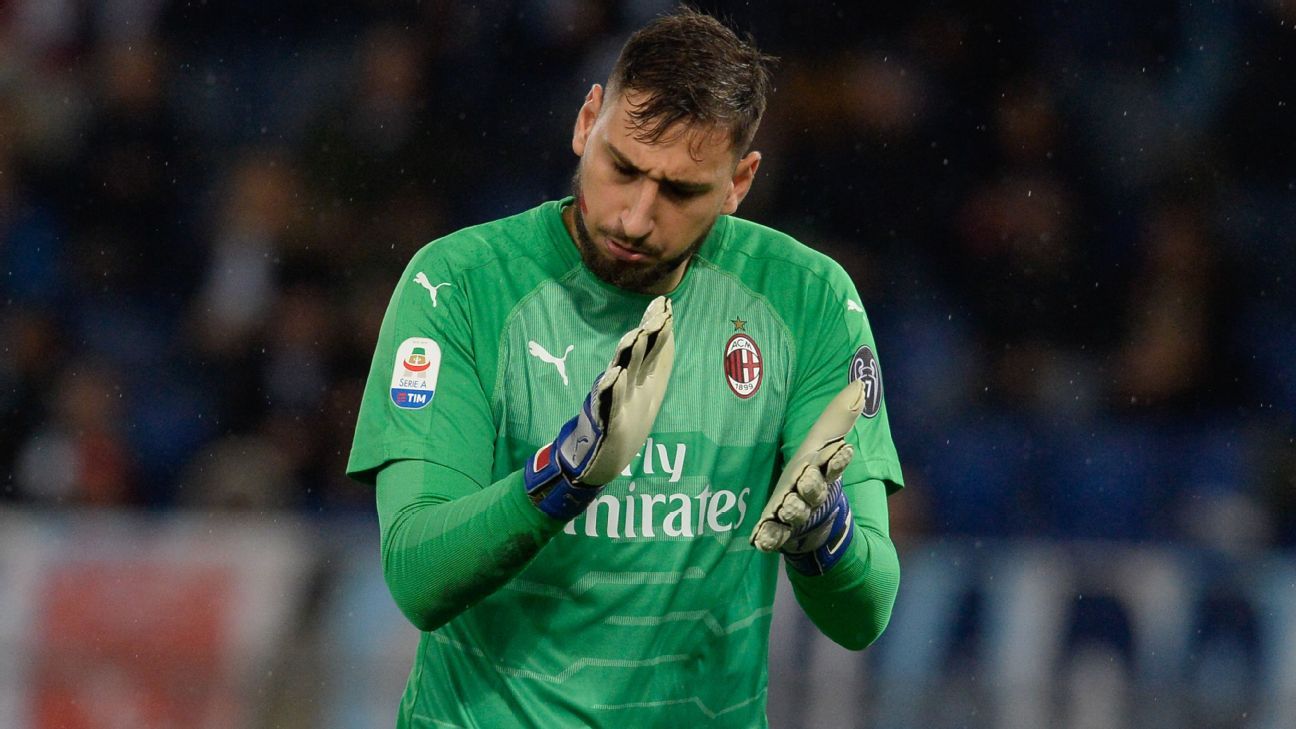 AC Milan goalkeeper Gianluigi Donnarumma played his 100th consecutive full Serie A game and Torino coach Walter Mazzarri was sent off for the third time this season in an otherwise uneventful 0-0 draw on Sunday.

Donnarumma, still only 19, made two outstanding first-half saves as he punched away Iago Falque’s header from close range and turned Andrea Belotti’s curling shot past the post.

Donnarumma has played 121 consecutive league games for Milan and has played the full 90 minutes in every one since a 0-0 draw with Chievo in March 2016 when he came on as a substitute.

Mazzarri, meanwhile, was dismissed in the 90th minute for angrily protesting about a refereeing decision in only his second match back after being ordered by doctors to rest.

The former Napoli, Inter Milan and Watford coach, who often cuts an angry figure on the touchline, was sent for check-ups after suffering what Torino described as a “sudden illness” after a training session in November.

He was previously ordered from the touchline in the matches against AS Roma and Fiorentina.

Patrick Cutrone could have won it for Milan late in the game but shot wide after being sent clear.

AC Milan stayed fourth with 26 points while Torino are sixth.