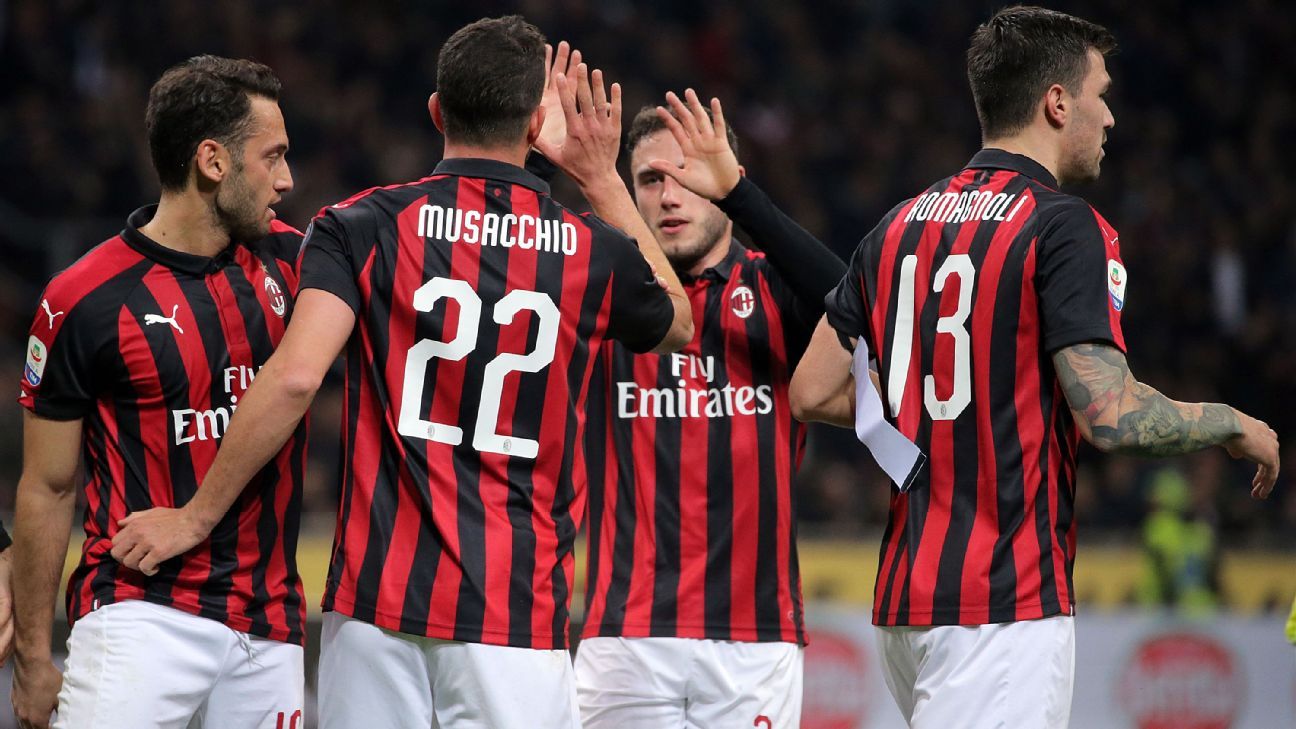 
AC Milan leapfrogged rivals Inter Milan into third place in Serie A on Saturday with a 1-0 win over 10-man Sassuolo at San Siro.

An own goal from Pol Lirola in the first half was enough to earn Gennaro Gattuso’s side three points as visiting goalkeeper Andrea Consigli was sent off for a last-man challenge after the break.

Inter suffered a 2-1 defeat away to Cagliari on Friday, allowing their city neighbours to move one point ahead of them into the top three as Milan extended their unbeaten run in Serie A to nine games.

Gianluigi Donnarumma prevented Sassuolo from taking the lead with a superb reaction save from Filip Djuricic after 22 minutes, before Lirola bundled a finish into his own net from a corner on 36 minutes.

Jeremie Boga was lively for the visitors and curled a shot off the post before having an equaliser chalked off for offside before the break.

Sassuolo’s chances of taking anything from the game were dealt a blow when Consigli allowed the ball to bounce over his head while outside his area and stuck out an arm to bring down Krzysztof Piatek midway through the second half, earning the goalkeeper a straight red card.

The result puts Milan into third place on 48 points, while Sassuolo remain 11th on 31 points.

In the early kick-off, Empoli fought back from behind three times to take a point from a thrilling 3-3 draw with Parma at the Stadio Castellani that keeps the Tuscan side four points clear of the relegation zone in 17th place.