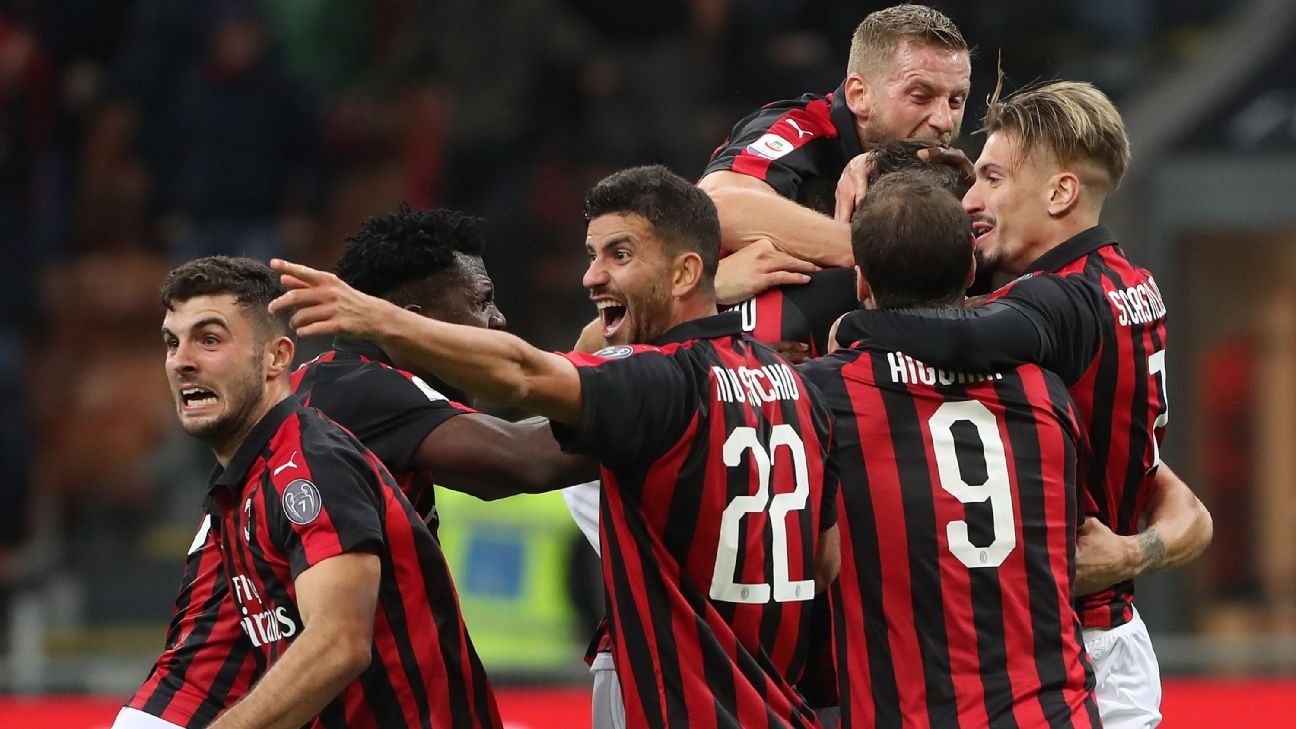 
AC Milan defender Alessio Romagnoli put through his own net and scored a freakish stoppage-time goal in a dramatic 2-1 win over Genoa in Serie A on Wednesday.

The match was headed for a draw until Ignazio Abate lobbed a long ball into the Genoa penalty area where goalkeeper Ionut Radu came charging off his line and tried to punch the ball clear.

However, it only went as far as the edge of the area where Romagnoli stuck out his leg, made contact with the ball and sent a volley looping into the corner of the net with Radu stranded.

Suso had given Milan a fourth-minute lead with a trademark long-range shot but dreadful defending allowed Genoa back into the match in the 55th minute.

Tiemoue Bakayoko, on loan from Chelsea, lost possession to Krzysztof Piatek in the penalty area and the ball ran to Christian Kouame whose shot from a narrow angle hit Romagnoli’s foot and looped into the net.

Radu repeatedly foiled Milan with saves from Gonzalo Higuain, Franck Kessie and Suso, only to be undone by his poor judgement at the end.

Milan’s second home win in four days was a huge relief for coach Gennaro Gattuso as it lifted his side into fourth place in Serie A with 18 points from 11 games.