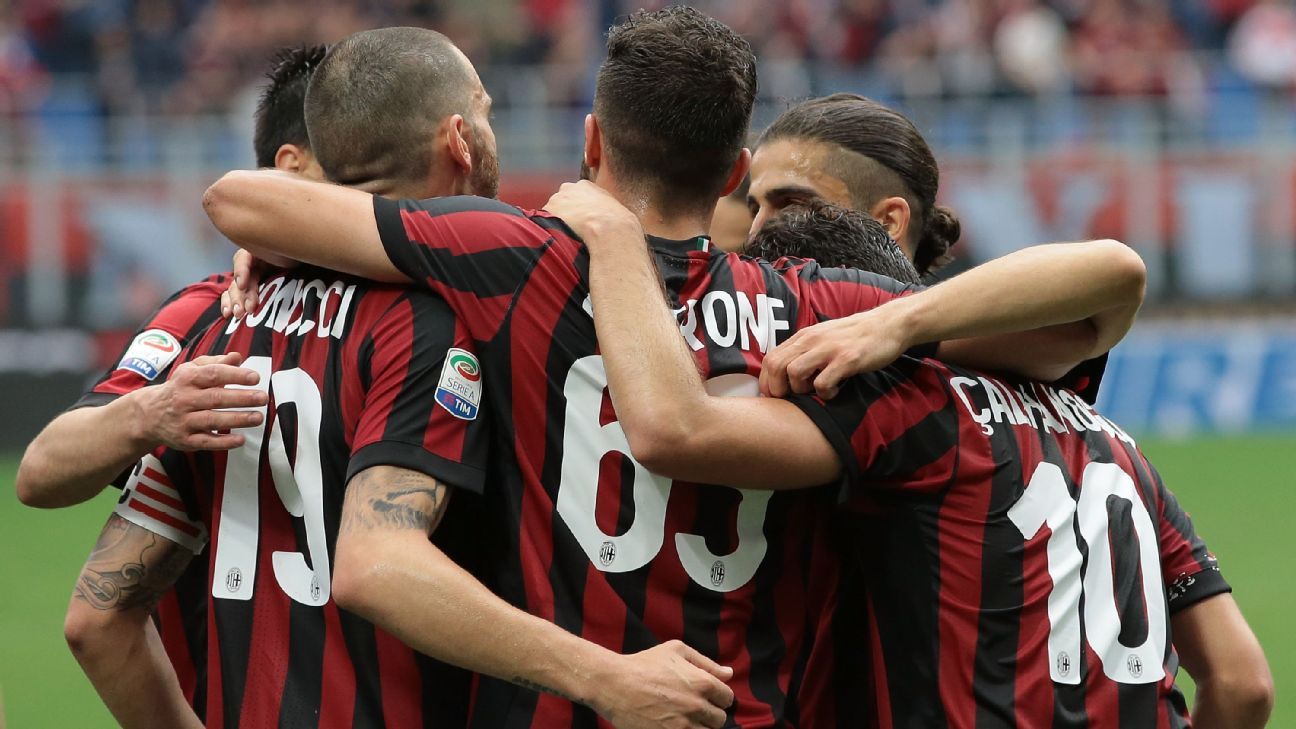 AC Milan qualified for the Europa League group stage on the final day in Serie A, following a 5-1 win over Fiorentina.

Needing a win to be certain of qualifying for next season’s tournament, Milan initially fell behind but came back in rousing fashion. Giovanni Simeone gave Fiorentina a surprise lead on 20 minutes but Hakan Calhanoglu’s free kick two minutes later levelled things up at the San Siro. Calhanoglu then turned provider, putting in a fine cross for Patrick Cutrone to head home four minutes from half time.

Nikola Kalinic made it 3-1 on 50 minutes and Cutrone grabbed his second of the match with a clinical right-foot finish from Calhanoglu’s pass to make it four. Giacomo Bonaventura rounded off the scoring with a super solo goal, slamming the ball home following a fine run.

Milan’s big win meant the result in Atalanta’s trip to Cagliari was academic in the race for Europe in the end, as it finished 1-0 to the home side.

Milan embarked on a €200m spending spree last summer, with eight signings and three loan moves with the aim of qualifying for Champions League football. But a difficult season ensued, with Gennaro Gattuso drafted in to replace the sacked Vincenzo Montella in November, with a place in next season’s elite European competition all-but over.

Gattuso presided over an initial upturn in form but a run of just four wins in 14 in all competitions ahead of Fiorentina’s visit threatened Milan’s involvement in next season’s Europa League. The Rossoneri started the final day in sixth, a point ahead of Atalanta after last week’s 1-1 draw, and ended the day there after a hectic final round of fixtures.

Simeone chipped over Gianluigi Donnarumma to put Fiorentina ahead but Calhanoglu’s sixth of the season ensured the lead was short lived. And just before the break, Milan went in front. Calhanoglu twisted and turned out on the right and sent in a fine cross that Cutrone stooped to head past Marco Sportiello.

Kalinic tapped home Milan’s third from close range in the second half and Cutrone bagged his brace just before the hour mark, following more good work from Calhanoglu.

Cutrone was denied his hat trick when VAR correctly ruled his header out for offside but it did not matter as Milan had more than enough to avoid any final day scares and book a place in the Europa League group stage.

With Fiorentina — who started the day needing a statistical miracle to qualify for Europe — reeling, Bonaventura deepened the gloom by firing in a fifth, 14 minutes from time.