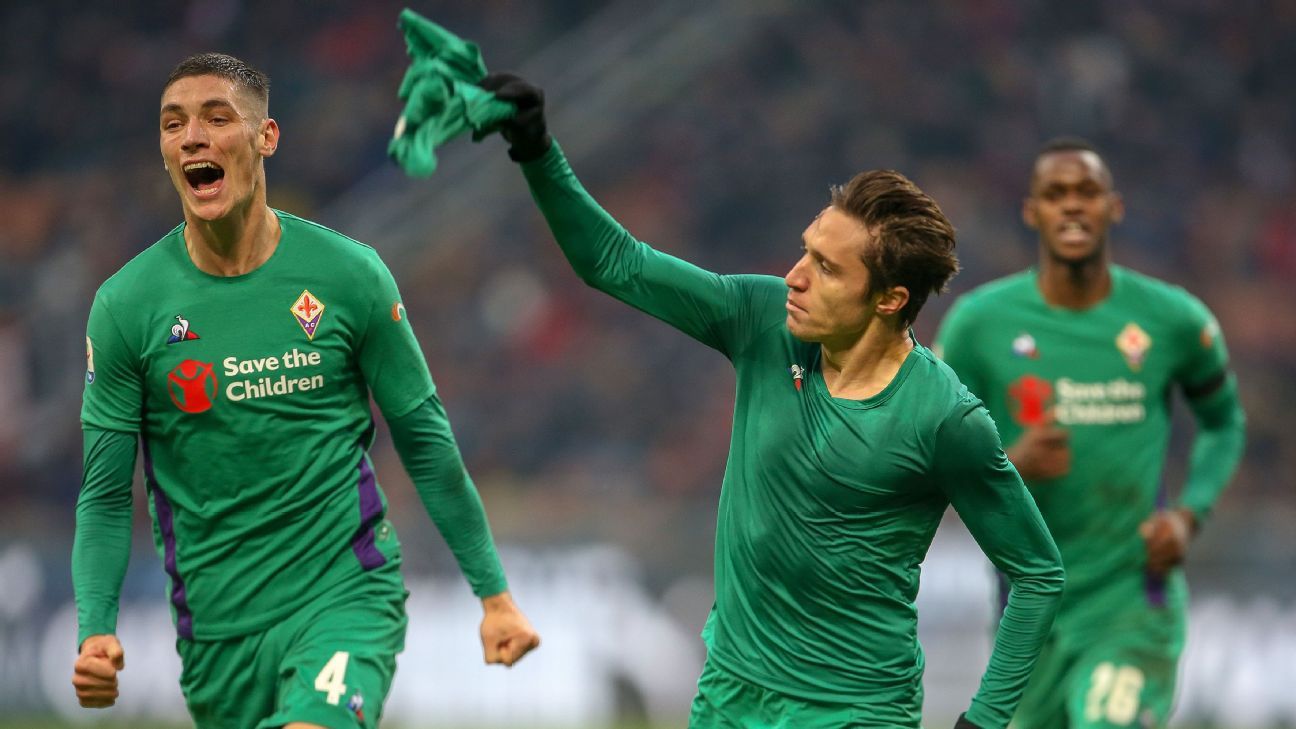 
A magnificent strike by Federico Chiesa gave Fiorentina a 1-0 win at AC Milan in Serie A on Saturday on another unhappy afternoon for Gennaro Gattuso’s injury-ravaged side.

Milan, who completed three Serie A games without scoring, gave a disjointed performance but still created enough chances against a Fiorentina side who had been largely toothless until Chiesa’s inspired effort in the 73rd minute.

The 21-year-old collected the ball in midfield, cut inside his marker and unleashed a vicious, dipping drive which flew past Gianluigi Donnarumma and bounced into the net.

He was booked for pulling his shirt off and throwing it into the pitch as he celebrated.

Ricardo Rodriguez nearly gave Milan a first-half lead with a powerful drive which Alban Lafont saved at the foot of his post, and Hakan Calhanoglu had a shot cleared off the line by Nikola Malinkovic.

Milan striker Gonzalo Higuain, without a goal in two months, was also foiled by Lafont as his header was turned away in the 58th minute.

Once again, the Argentine, who has struggled since his move on loan from Juventus, was an often lonely figure in attack, often dropping back well inside his own half to look for the ball.

Milan, with 27 points from 17 games, dropped to fifth, outside the Champions League spots, while Fiorentina moved up to seventh with 25.