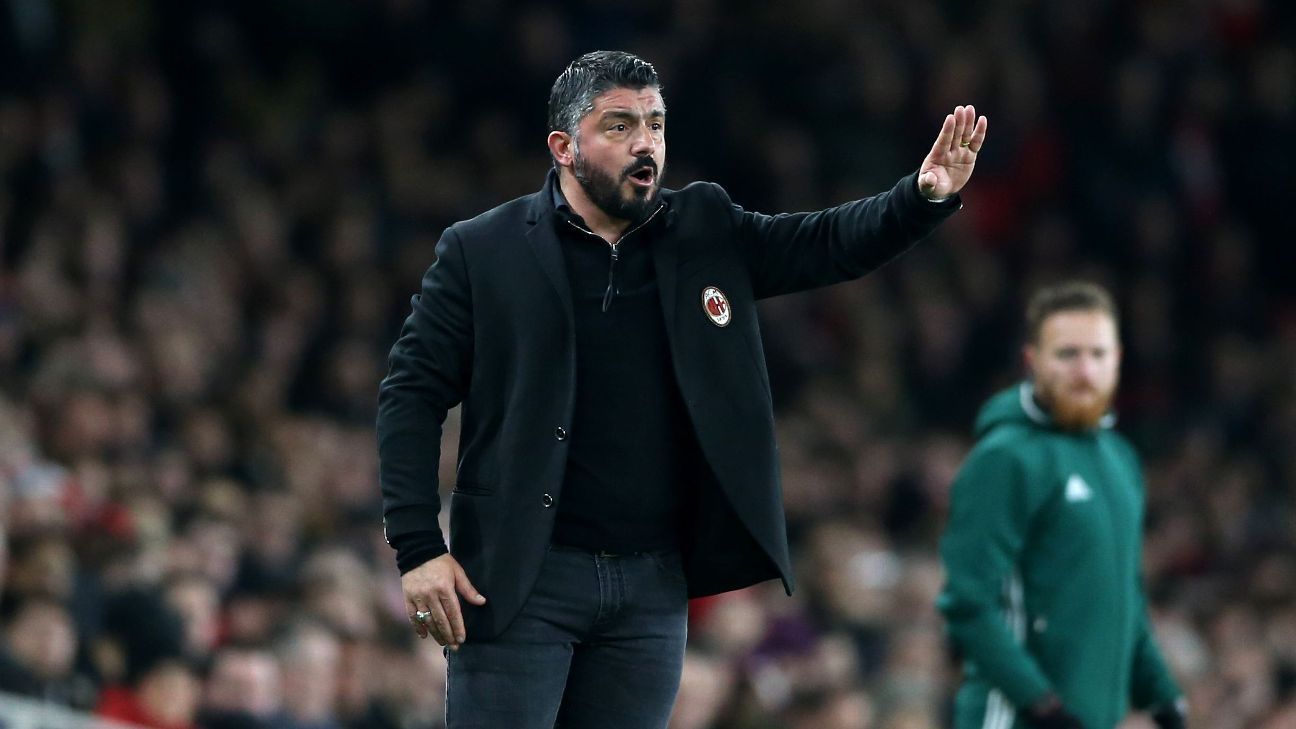 
AC Milan sporting director Massimiliano Mirabelli says Gennaro Gattuso will sign a new contract this Easter as he believes he is the right man to start a new cycle at the Serie A club.

Milan are on a 10-game unbeaten streak in Serie A, a run that includes eight wins, and Gattuso is set to be rewarded for turning their season around since replacing Vincenzo Montella late last year.

“When we open our eggs this Easter, we’re going to find Gennaro Gattuso’s renewal inside,” Mirabelli told reporters at a sponsor’s event. “I don’t think there are going to be any problems. Rino, and I’ve been telling you this for a while, is going to be one of the best coaches in circulation in years to come so I believe it’s right that Milan keep a firm hold on him.

“I, [general manager] Marco Fassone and Rino are all on the same wavelength and we’re working on starting a new cycle with Rino, because we believe he is the right coach for a Milan who must be protagonists in years to come.

Gattuso, who played for Milan from 1999-2012, has salvaged a situation that was looking desperate before Christmas, with doubts as to whether Milan would even qualify for the Europa League next season.

They are now sixth, in the Europa League places, and are five points behind fourth-place Inter Milan as they head to league leaders Juventus this Saturday still harbouring hopes of qualifying for the Champions League.

“You may have thought that he was just a caretaker coach, but you will never have heard us saying that,” Mirabelli said. “We thought we had found our coach given his human and technical qualities. You still don’t know him well, you’ll see.

“I have to thank our Chinese owners, who have given us carte blanche to work and also Fassone, who is phenomenal with the accounts and knows how to get those around him working. With his support and that of the club, we succeeded in doing this. There’s a great feeling with Gattuso.

“We had Montella and things were not going the way we had hoped. We put Gattuso into a difficult situation and we were afraid it might ruin him. He’s a young coach, but he’s old in a good way. He’s capable of dealing with many situations and is going to be one of the best in the world in a few years.”