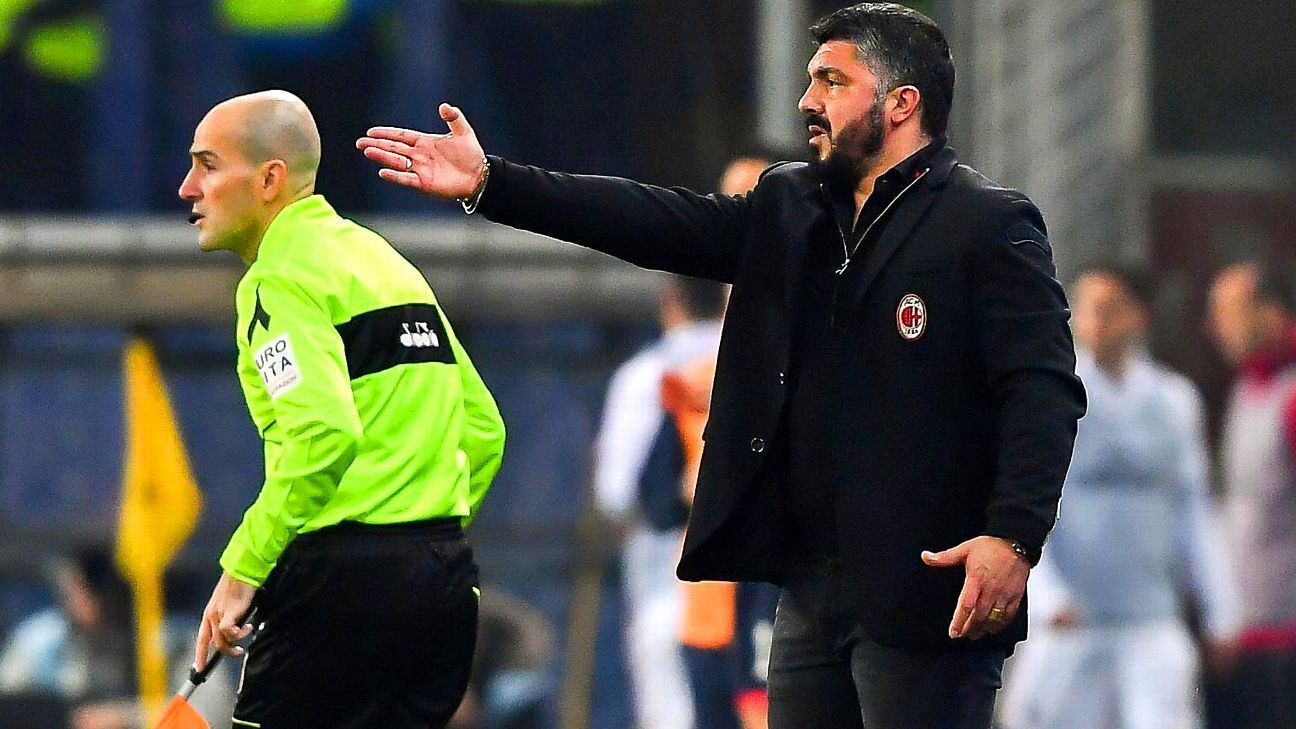 
AC Milan coach Gennaro Gattuso admits his side’s hopes of qualifying for the Champions League via the Europa League are slim — but says the Rossoneri can still get there via Serie A.

A last-gasp Andre Silva goal earned Milan all three points at Genoa on Sunday, taking them to within five points of their city rivals Inter Milan and just six adrift of Lazio, who occupy the fourth and final qualifying berth for next season’s Champions League.

They also have a game in hand over Lazio, with the city derby with Inter still to be rescheduled.

On Thursday, they head to Arsenal in the Europa League, needing to overturn a 2-0 defeat from the first leg at the San Siro last Thursday. And Gattuso believes his side must now focus on continuing their excellent recent league form, which has seen them go nine games unbeaten, including seven wins.

“After Thursday, I heard a lot of nattering that you hear in the pub, about how we were lacking something physically, yet here we are coping right through to the 95th minute,” Gattuso told Mediaset.

“We just got that game wrong against a strong Arsenal side. We realised that and today we responded.

“We’ve still got a 30 percent chance of going through and we’re not going to London for a holiday. We need to respect our glorious shirts.

“The league table is finally looking pretty for us. Our objective is there in front of us, but we’ve got to take things game by game. I was a bit worried because we’d not lost in two and half months until Arsenal so we were afraid we might struggle after going so long without losing, but the team responded well.”

Milan next face struggling Chievo before the international break, after which they travel to league leaders Juventus, the team they will also meet in the final of the Coppa Italia.

Inter win Serie A, La Liga title race stays hot
Who’s next in line to follow Brenden Aaronson and Tyler Adams across the Atlantic?
If Man United finish off Roma and go on to win the Europa League, it would back up Solskjaer’s claim that he’s the right man for the job
Jesus faces exit as Man City target Kane, Haaland
Man United supporters invade Old Trafford pitch in protest against Glazer ownership