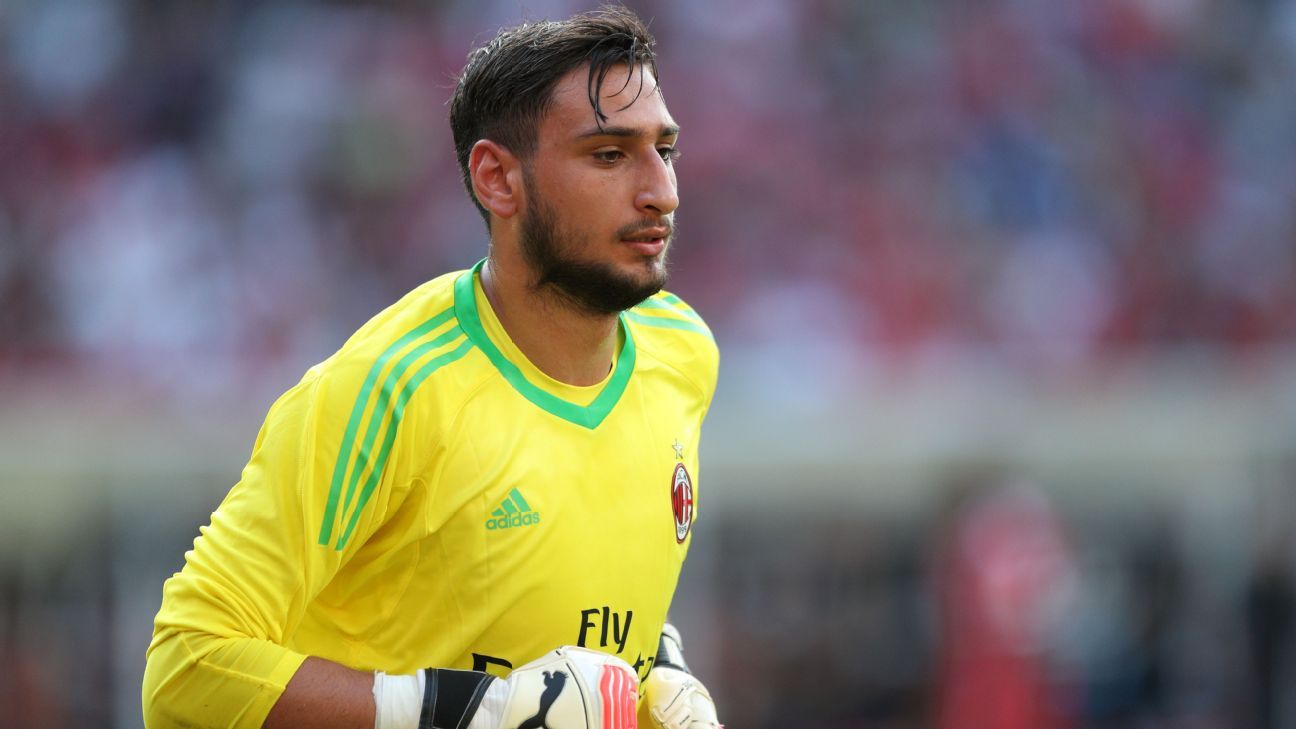 
Mino Raiola claims AC Milan have reneged on one of their promises by giving Leonardo Bonucci the captain’s armband this season and not his client Gianluigi Donnarumma.

Donnarumma, 18, committed to a new contract with Milan this summer, becoming the club’s second highest-paid player behind Bonucci with his first contract on professional terms.

The goalkeeper had initially rejected the Serie A club’s offer and seemed set to leave before a change of heart later in the summer saw him put pen to paper.

Raiola says part of the agreement was for Donnarumma to become captain, but the agent has slammed Milan sporting director Massimiliano Mirabelli and general manager Marco Fassone for not keeping their word.

“I’ve got nothing personal against Fassone and Mirabelli, I just don’t believe in their project,” Raiola told RAI. “When all of Italy was panicking about the future of Donnarumma, they offered the captain’s armband without us asking for it. All I can say is that there was a promise which has not been kept.”

Donnarumma conceded four goals on Sunday as Milan fell to their first defeat of the season with a 4-1 loss at Lazio after back-to-back wins.

Bonucci, who was named Milan’s new captain after joining from Juventus this summer, accepted it is now one of his duties to lift the team with his experience and ensure there will be no repeat of the result.

“We must learn from this loss,” he told Milan TV. “Today we saw that if we do not give 100 percent, we can be severely punished by our opponents.

“It’s not good, we must improve. We are a new squad. It’s my responsibility and the one of the boss and the management to lead this group to success. Every moment we spend together is important. Tomorrow we’ll have time to reflect on today’s match, our problem was mostly psychological. It will do us good to take a step back.

“We must stick together also when playing in the Europa League, it’s a competition that many in the team have never played in before. We need to be tougher in defence and more aggressive up front.”

Milan coach Vincenzo Montella said that everybody would have to share the blame for an “ugly defeat,” although he added it was bound to take time before a team made up of 11 new signings would truly find their feet.

“It’s fine that you get ups and downs when you make so many changes,” he told Mediaset. “It’s a bit of a harsh result, but it will do us good. My team still need to get to know each other and they will only do that by playing games.

“It was an ugly defeat and there were many negative things that we’ve got to work hard on. One incident can change a game and it was from the corner when Lazio scored where we lost courage and they were clinical.”

Milan will look to bounce back when they travel to Austria Vienna in the Europa League on Thursday with Montella announcing his intention to play with a back three, confirming “that was the intention when we signed Bonucci.”