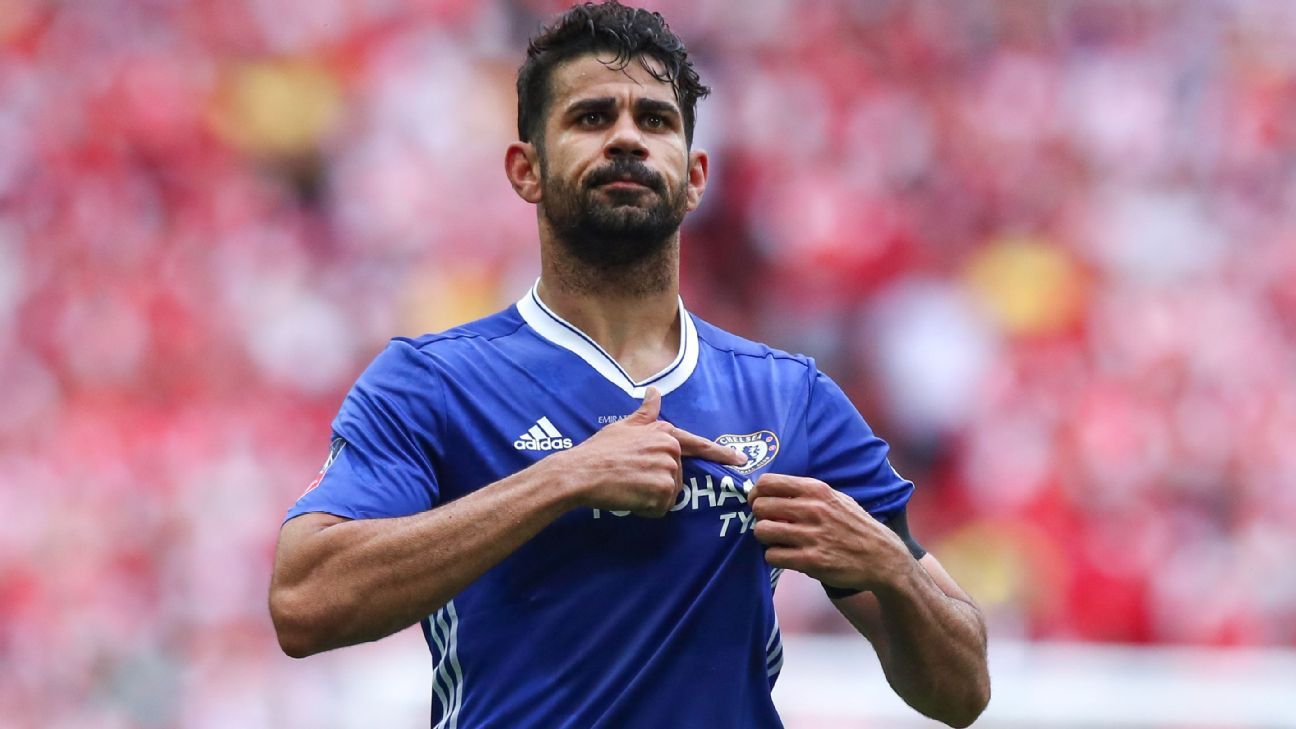 
AC Milan’s general manager Marco Fassone says Diego Costa is a “great player” but played down speculation that the Chelsea striker will be the marquee signing promised to the club’s fans this summer.

The Rossoneri have spent over €200 million on 10 new players so far this summer, but they are still in the market for another forward.

Fassone said earlier this month that Milan hoped to sign Andrea Belotti, Alvaro Morata or Pierre-Emerick Aubameyang, but Morata is now at Chelsea and Torino and Dortmund appear unwilling to sell.

“There are a lot of things you can talk about and I was pleased to catch up with [Mendes] in Sardinia,” Fassone told Sky Sport Italia. “Diego Costa is a Chelsea player and I don’t want to talk about players from other clubs.

“He’s a great player — excellent — but at the moment, he is at Chelsea. We need time to work out whether or not to invest further. There could be opportunities which concern [Mendes’] players.

“We hope and believe that we’ve done our bit in the transfer market. We’ve brought 10 new players into the dressing room and that’s never easy. It’s now up to them and the coach.”

Milan have also expressed an interest Bayern Munich midfielder Renato Sanches, another Mendes client, but the German club have now said he is only available on loan.

The first signs for Milan’s new-look squad have been promising, with a 4-0 win over Bayern Munich in a friendly followed by a 1-0 win over Craiova in their first competitive outing of the season in the third qualifying round of the Europa League on Thursday night.

That outing satisfied their coach Vincenzo Montella, who at the same time warned that there is still plenty of work ahead as he forms a new team.

“It’s a positive result,” he told the club’s official website. “I am pleased with the team’s spirit and attitude. We could have scored more goals but in this moment of the season, this can happen.

“Craiova are a team not to underestimate and they have shown it tonight, they managed to trouble us in some occasions. The boys are willing to make themselves available, both the new and the old players. They still need time to learn how to play together, to know the characteristics of their teammates.”

Milan host Craiova at the San Siro next week with 50,000 expected for the new-look Rossoneri‘s first outing of the new season on Italian soil.