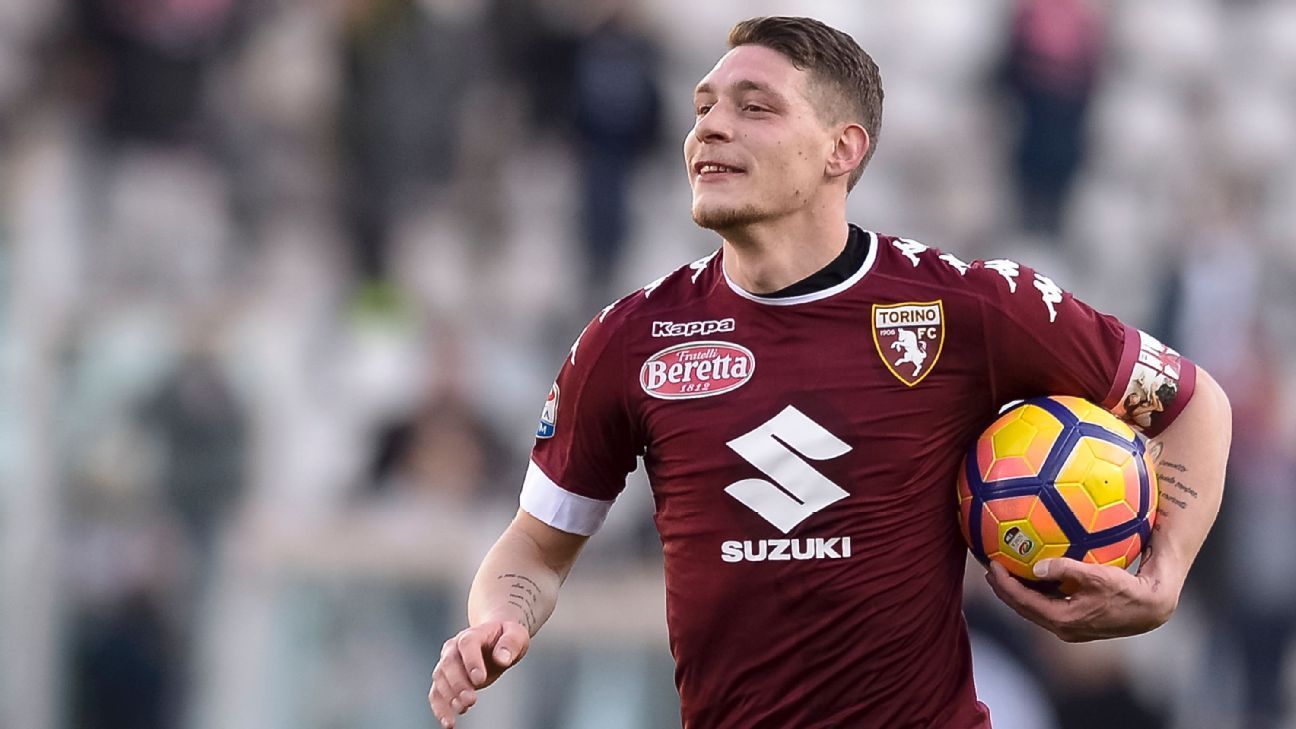 
Andrea Belotti’s Premier League suitors risk missing out on the Torino striker with AC Milan planning a bid for the 23-year-old, sources in Italy have told ESPN FC.

Italian international Belotti is one of the most in-demand strikers in Europe after impressing for club and country over the past 12 months.

Belotti scored 28 goals in 38 games in all competitions for Torino this season and he has scored three goals in seven appearances for Italy since making his debut last year.

The likes of Chelsea, Arsenal and Manchester United are all admirers of the powerful target man as they look to improve their attacking options this summer.

However, Torino inserted a mammoth £87 million release clause in Belotti’s contract after he signed a new deal at the club last December, applicable only if the player moves to a club outside Italy.

Milan are now hoping to steal a march on their rivals in the race for Belotti by making an offer for the highly rated star.

Milan are expected to be busy in the transfer market this summer due to the investment from the club’s Chinese owners and they have made Belotti one of their top targets.

The Rossoneri are prepared to spend heavily in a bid to reshape their squad as they look to challenge the likes of Juventus, Roma and Napoli and get back in the Champions League on a regular basis after a disappointing last few seasons at the San Siro.

Torino are reluctant to lose Belotti this summer, but they are bracing themselves for offers for their star striker, with Milan ready to test their resolve with a firm offer in the coming weeks.