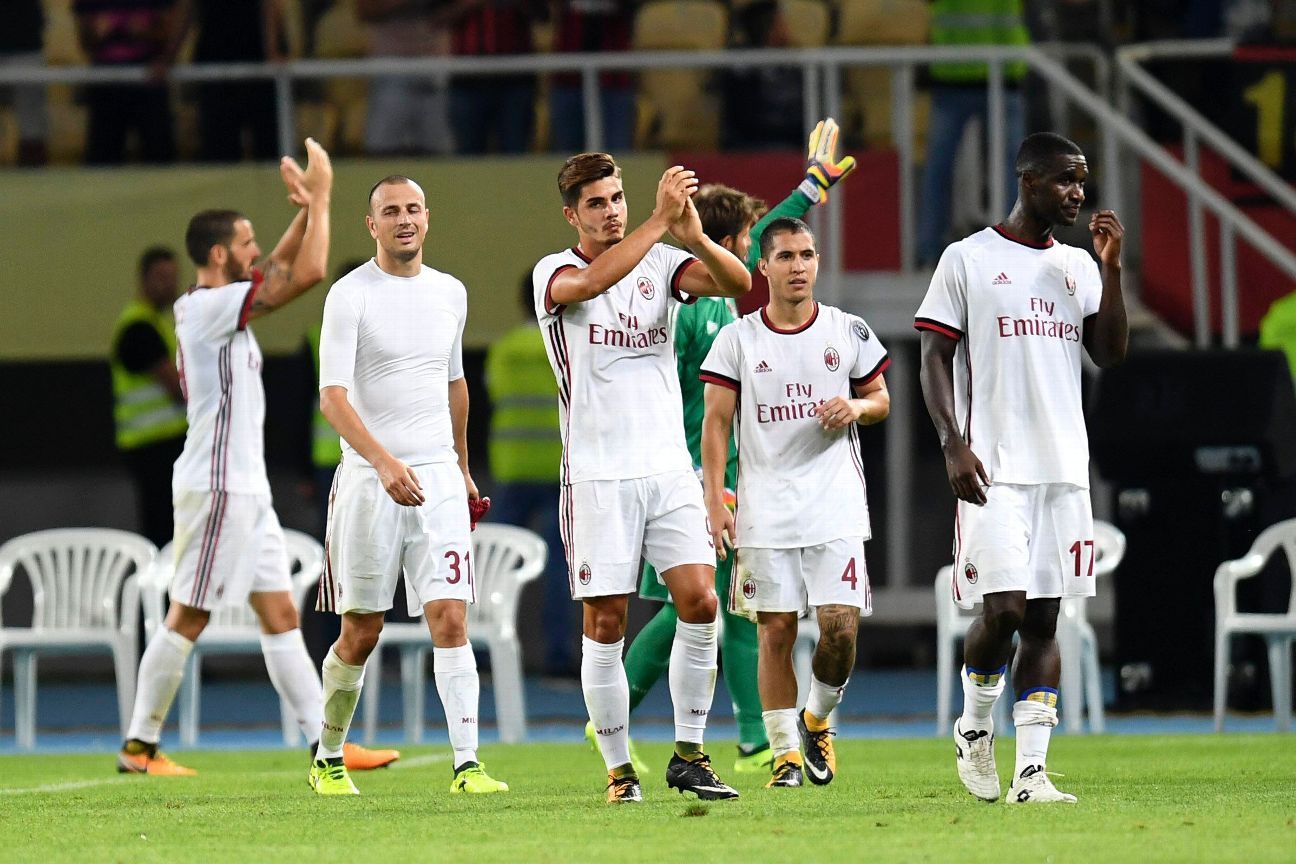 
AC Milan secured their place in the Europa League group stage with a 7-0 win over Shkendija on aggregate, picking up a hard-fought 1-0 victory in the away leg on Thursday night. Patrick Cutrone’s early strike was all that separated the two sides, but it’s mission accomplished for the Rossoneri as they return to Europe.

Complacency was the only real threat to Milan heading into Thursday’s encounter, but they ultimately got the job done. Another win and another clean sheet, the result maintains their impressive start to the campaign.

Question marks could be raised over the switch to the 3-5-2, as Milan didn’t look as comfortable or in control of the proceedings. Shkendija had their chances, and although the tie was never in doubt, it wasn’t the most positive of displays.

7 — Vincenzo Montella has to play a balancing act with his squad currently, and he’s making the right decisions. Alessio Romagnoli and a few of the youngsters got playing time, while others were rested as Milan prepare for their fourth game in 10 days on Sunday.

GK Marco Storari, 7 — Busier than Montella would have liked, but the veteran stalwart produced a top performance with a number of key saves. Will arguably remain a third-choice option, but no doubt proved to be a safe pair of hands.

DF Cristian Zapata, 6 — Far from an entirely solid defensive display, but his pace allows him to recover and avoid more difficult situations. The Colombian was arguably the best out of the back three in a poor defensive effort all round.

DF Leonardo Bonucci, 6 — Impressed with his distribution and ability to build from the back, but he’s still not entirely commanding defensively. That can still be attributed to the fact that he’s not fully fit and doesn’t have that match sharpness, and so he’ll no doubt improve moving forward.

DF Alessio Romagnoli, 5 — Great to see the Italian international back on the pitch after struggling all summer with a knee injury. However, it was apparent that he has not featured in months and was fortunate not to get sent off. Will hope to continue to get playing time to get back to his usual high level.

MF Davide Calabria, 6 — Worked hard for his teammates and was tireless in getting up and down the right flank. Better defensively than going forward and even though he’ll struggle to feature regularly this season, proved he can be a solid depth player.

MF Niccolo Zanellato, 6 — Put into context, the 19-year-old did really well on his competitive debut for the senior side. By no means a perfect display, but he showed his quality on and off the ball and tactical brain to find his role in the system.

MF Manuel Locatelli, 7 — Had the most touches (100), the most passes (90) and the most recoveries (10) in the game in a top performance. Produced a delightful assist for the goal, and was otherwise impressive in pushing the tempo and directing play in midfield.

MF Jose Mauri, 5 — A poor night for the 21-year-old in an error-strewn outing as this performance will have done little to convince Montella. Can’t doubt his commitment, but the quality wasn’t there in a disappointing display as he apologised for it after the game.

MF Luca Antonelli, 6 — Can’t be faulted for effort and energy, as he was always a willing runner up and down the left flank. The quality wasn’t there to match it though and he’ll be back on the bench at the weekend to act as cover.

FW Patrick Cutrone, 7 — Took his goal brilliantly, as he showed great composure to find the back of the net. It sustains his excellent start to the season where he has proved his worth, not to mention his hard work off the ball, which shouldn’t be ignored.

FW Andre Silva, 6 — Showed his technical quality, makes the right runs and is always willing to get on the ball or in the right position. However, whether it’s an over-eagerness to impress or just a lack of composure, he needs to be more clinical and calm when it matters.

DF Ignazio Abate, 6 — Did well offering quality on the right flank and deserved better finishing with two crosses in particular in a decent cameo appearance.

FW Suso, 7 — Arguably should have had the night off, but came on and his superior quality was immediately evident. The Spaniard is a crucial creative figure for Milan whether it’s for 90 minutes or significantly less.

MF Matteo Gabbia, N/A — Another debutant and another impressive impact. Montella could look to his youngsters to offer depth this season and they’re not letting him down so far.