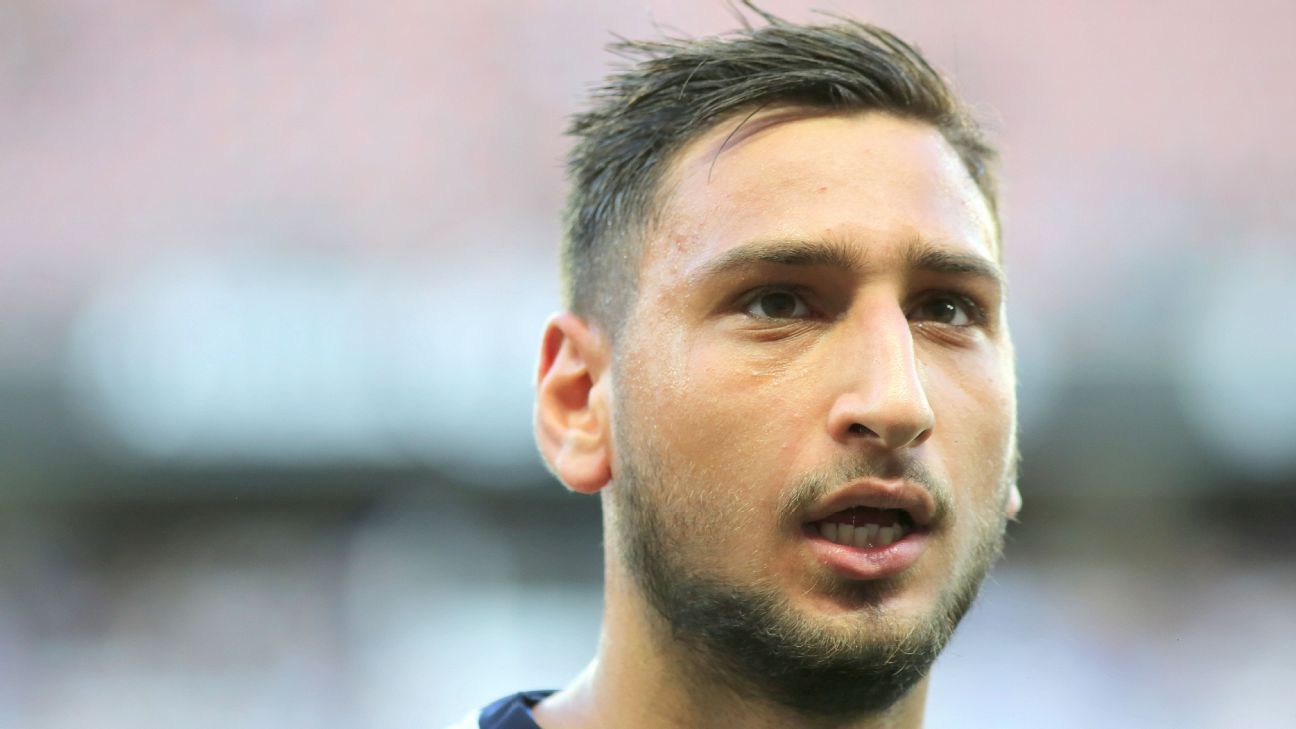 
AC Milan goalkeeper Gianluigi Donnarumma has tweeted his support for agent Mino Raiola amid reports in Italy that he was ready to part company with his representative.

Donnarumma has said he will not be extending his contract, sparking an angry reaction from some Milan fans to both the player and Raiola.

After the news was announced, fans at the European Under-21 Championship threw fake dollar bills at the Italy keeper during a game against Denmark.

But Donnarumma responded to reports that he could sack Raiola and sign a new Milan deal by writing: “#Donnarumma #Raiola Yesterday, today and tomorrow!”

Last week, Milan coach Vincenzo Montella visited Donnarumma’s family in an attempt to convince the 18-year-old, who has been linked with both Real Madrid and Paris Saint-Germain, to stay.

Montella held talks with Donnarumma’s parents, and the player’s father, Alfonso, told La Gazzetta dello Sport he believed the situation would calm down.

“I hope that all the massive media interest in this ends soon,” he said.

“We parents are not influencing Gigio’s decision in the slightest — we just hope he gets what is best for him and what makes him happy.”