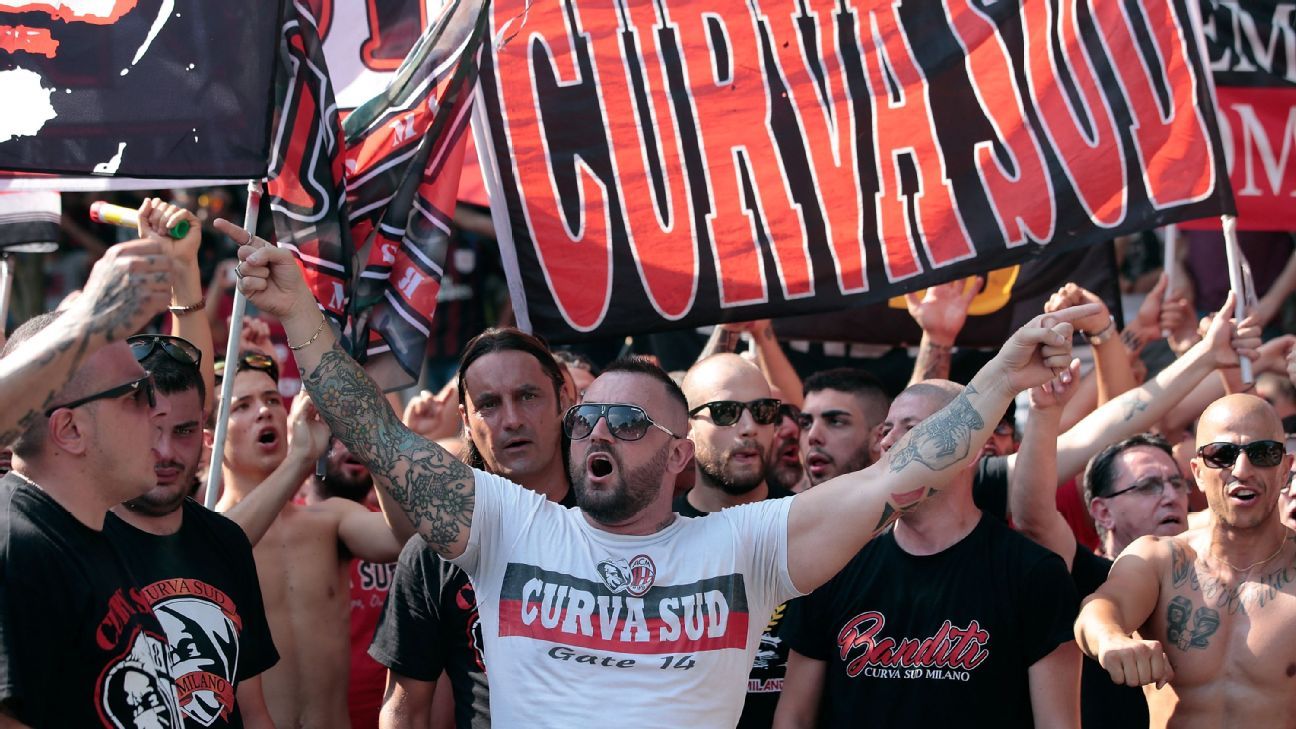 
When he wasn’t evoking Inter’s great history by quoting Helenio Herrera or hinting, tongue in cheek, at his own managerial genius by reminding journalists that he hails from the same Tuscan village as Leonardo da Vinci, Luciano Spalletti was expressing his disdain for one particular proverb.

“I’ve never believed the saying ‘the grass is always greener on the other side,'” he said. Whatever the 58-year-old’s beliefs, it’s hard to escape that feeling in Milan at the moment when your crosstown rivals have already done “two thirds” of their summer recruitment and you’re only just getting started.

Milan haven’t generated this much excitement among their supporters since the acquisition of Ronaldinho almost a decade ago. They’ve been busier than any club in Europe, completing as many as seven new signings at a total cost of €154 million. In some respects, it has been reminiscent of former owner Silvio Berlusconi’s first summer or Chelsea’s inaugural transfer window under Roman Abramovich: a transformational summer without lulls, in which every day brings with it news of another deal that’s either done or close to being done.

Take this week for example. In addition to announcing the signing of Andrea Conti, the most prolific defender in Serie A last season, Milan mended their fences with Mino Raiola and reportedly crucially reached an agreement with Gigio Donnarumma, the club’s goalkeeping wunderkind, over a new four-year contract, which, if you’ll excuse the pun, was the No. 1 priority of the offseason.

And as if that wasn’t enough already, news filtered through on Thursday night that Milan haven’t given up hope of bringing Pierre-Emerick Aubameyang back to the club. Outside of China, no one is willing to satisfy the Borussia Dortmund striker’s demands to earn €12m a year. Paris Saint-Germain’s plans have changed now that Antero Henrique has replaced Patrick Kluivert as sporting director and as preseason starts, his entourage is apparently beginning to come round to the idea of a return to Italy where Milan are willing to make him the highest paid player, albeit for €8m a year instead.

A deal for the underrated Nikola Kalinic at a fraction of the expense seems a much more realistic possibility, but that’s beside the point. Milan have captured the imagination with the business they have done and still promise to do. Their fans are daring to dream again. Five thousand turned up at Milanello for the first day of preseason and the atmosphere at their open training session felt louder and more raucous than some of the competitive matches they played at San Siro towards the end of the Berlusconi era. “The new club has our trust,” a banner proclaimed, which must be of great satisfaction to chief executive Marco Fassone. Clearly Milan have not only bought players in the past month, they’ve acquired credibility.

Forty minutes east at Appiano Gentile (or the Suning Training Centre in memory of Angelo Moratti, as it is now called) the volume was significantly lower as Inter got back to work. “There were more players [25] than fans [15] at the entrance,” La Repubblica observed, although 300 were in attendance when the Nerazzurri trained for the first time under Spalletti at their high-altitude boot camp in the Dolomites.

An editorial in La Gazzetta dello Sport highlighted the contrast in mood. “‘What are Inter playing at?’ is one of the most frequently asked questions of the summer,” the pink remarked. Supporters are beginning to get impatient. “Have you seen our attack today?” asked one Interista watching Inter’s first training session of the new season. “[Andrea] Pinamonti, [Rigoberto] Rivas, [Jonathan] Biabiany, [Samuele] Longo, [Enrico] Baldini, [Jens] Odgaard, [Matteo] Rover … who is Rover?!”

Big-name players like Mauro Icardi and Ivan Perisic will report for duty next week, but Milan’s shopping spree and the begrudging acknowledgement of how well their rivals have bought mean attitudes among Inter supporters are unlikely to change until the club shows its hand and makes a statement signing on the market. Right now fans are envious. In fact they’re itching for owners Suning to put Milan in their place and make a splash of their own. So far it has all been very low key.

Part of the reason is financial fair play. Milan are taking advantage of the reforms of two years ago, which allow a new owner to have an accelerated period of spending. Inter, by contrast, have been obliged to honour the voluntary agreement they entered into with UEFA under previous owner Erik Thohir. So while Milan have been flashing the cash, Inter have been busy raising it to cover their losses and balance the books.

They had until June 30 to bring in €30m and, unlike Roma, managed to do so without selling one of their best players. Rather than give into Manchester United and sell Perisic below their valuation, Inter went for marginal gains, selling Gianluca Caprari, Ever Banega, Senna Miangue, Andrew Gravillon, Fabio Eguelfi and Federico Dimarco for €37.5m.

Effective now, Inter are unchained and we may come to look back on the past month as the calm before the storm. At least that’s what Inter fans are hoping. For months they have been reading about Suning’s plans to invest €150m-€200m on new players. Only one club in Milan has done that so far, but the Rossoneri‘s circumstances are different to Inter’s and not just because of FFP.

Milan are making up for lost time. In the windows when Inter splurged the euros on Joao Mario, Gabigol, Antonio Candreva, Banega and Roberto Gagliardini, they could hardly do anything. Their hands were tied. Then there’s the fact they need to get almost all of their recruitment done early so Vincenzo Montella can best prepare the team for its Europa League preliminaries. Inter on the other hand aren’t in Europe and can take things a little slower, be more considered and make sure they don’t make the same mistakes they did in the past. Which isn’t to say starting preseason training without any new signings is ideal. It isn’t.

The arrivals of Sampdoria centre-back Milan Skriniar and Fiorentina playmaker Borja Valero are imminent, but haven’t set the pulses racing quite like Milan’s signings. There has never been the same hype around them as, say, Hakan Calhanoglu or Andre Silva and understandably some Interisti feel ever so slightly underwhelmed. These are the same people, mind, who complain that Spalletti isn’t Antonio Conte. Both players address needs, though, and while Inter look like overpaying for Skriniar he is an elegant defender of great potential. Borja won’t be to Inter in 2017 what Pirlo was to Juventus in 2011, but he will make the team more fluid and command authority in the dressing room.

As we wait in the short term for the reports linking Inter with Alexis Sanchez and James Rodriguez to turn from fantasy into reality, the long view taken by the club can be seen in committing €60m — yes, €60m — to the signing of a couple of Genoa teenagers Pietro Pellegri and Salcedo Mora. It hints at a bright future but the truth is fans are interested in the here and now and specifically returning to the Champions League as Serie A gets its four places back. It’s the absolute bare minimum, an imperative for both projects.

Whoever Inter buy between now and the end of August, Christian Vieri is convinced Spalletti is “the best signing of the transfer window” not just in Milan, but “in Italy” and he might be right. Unable to see the entire board yet, the power rankings can wait. For now Milan’s euphoria contrasts with Inter’s mix of pent-up frustration and feverish anticipation of big things to come. The mood more generally, though, is wildly optimistic and it’s possible to detect a smile across the face of the famous Madonnina.

Finally, after too long in the wilderness, it looks like the Milan clubs are on their way back. It’s about time.