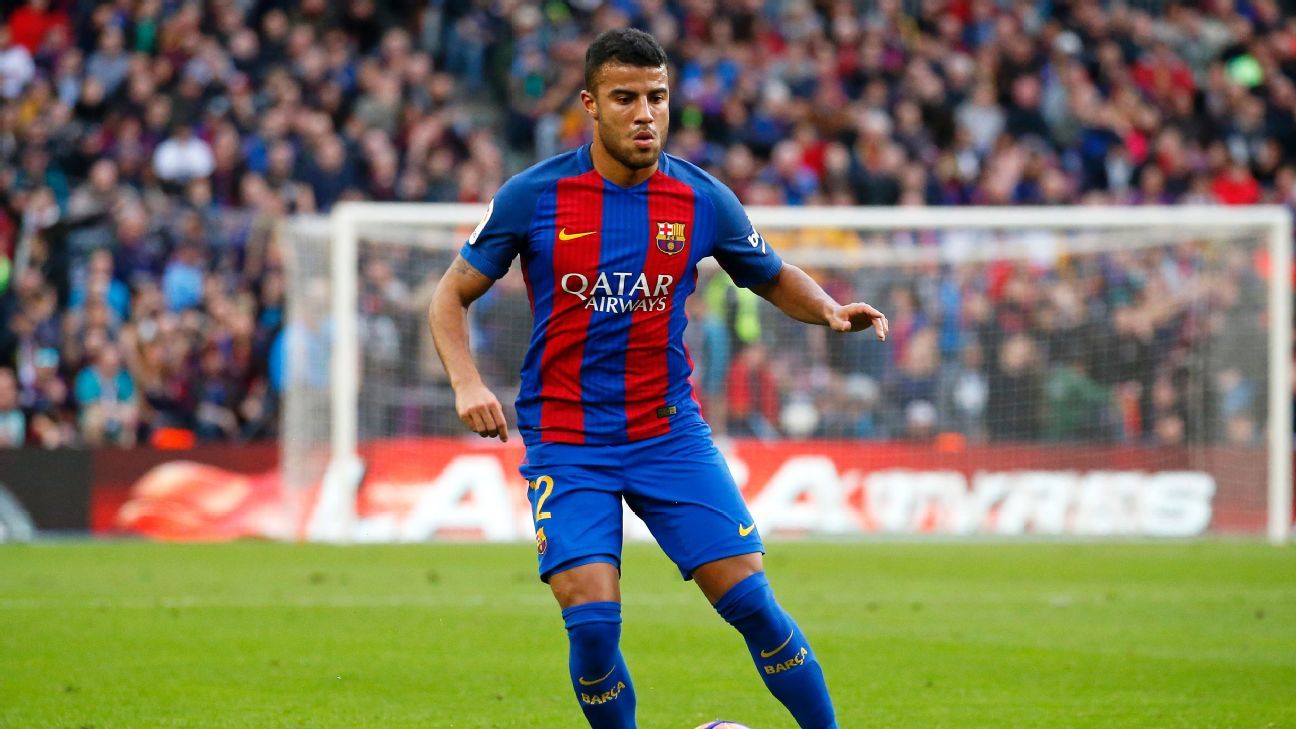 
AC Milan general manager Marco Fassone has played down speculation linking his club with a move for Barcelona midfielder Rafinha, saying their spending this summer is over unless somebody leaves.

There were reports in Spain and Italy on Thursday that Rafinha, 24, was set to become Milan’s 12th signing this summer, but Fassone said: “We’re being linked with some really good players, but there’s not been any contact with Barcelona for him.

“With the arrival of [Nikola] Kalinic, we’re pretty much complete. Now we’re just looking to sell one or two players and if somebody were to leave then we would take a look around.

“We’ve got quite a rich number of midfielders so let’s see if anybody goes and in that case, we could evaluate.”

M’Baye Niang is likely to be one of the departures before the end of the transfer window, but Patrick Cutrone has been assured of his future in Milan after scoring once again in Thursday night’s 1-0 win at Shkendija in the Europa League.

That was his second goal in a week, but his coach Vincenzo Montella has warned the 19-year-old he must try to keep his feet on the ground.

“It was a courageous decision for us to keep hold of him and he is earning his place in the squad with his performances in training and on the field, but even Montella sat on the bench so maybe even Cutrone could find himself there from time to time,” former Italy international told Sky Sport Italia.