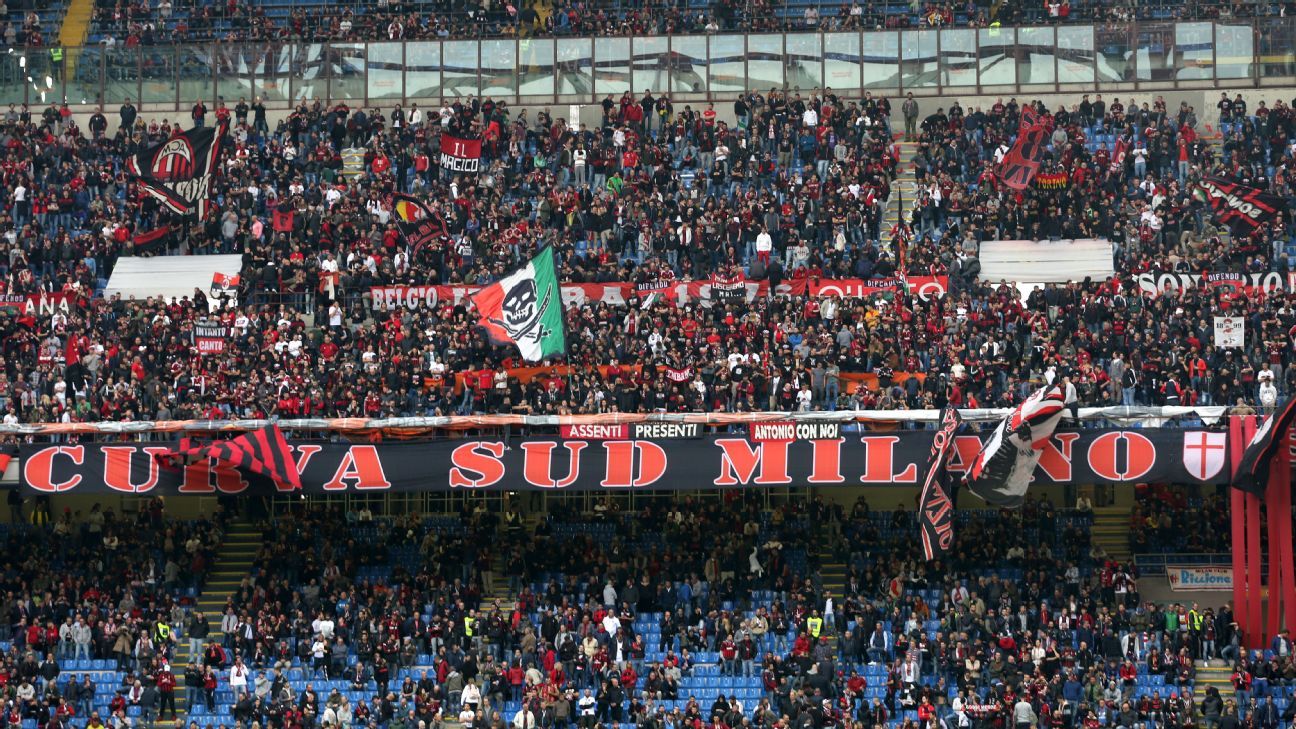 
AC Milan have been fined €12 million by UEFA and threatened with a one-season ban from European competition for breaking financial fair play (FFP) rules.

UEFA said the ban will be activated if Milan fail to break even on football-related business by June 2021. If Milan fail to comply, they will be banned for the next UEFA competition they qualify for in either of the 2022-23 or 2023-24 seasons.

The decision was announced the day after Milan were knocked out of the Europa League in the group stage, and the €12m fine will be deducted from this season’s prize money.

The fine is one of the biggest imposed by UEFA since FFP sanctions began in 2014, when Manchester City and Paris Saint-Germain were withheld €20m from their Champions League prize money.

UEFA originally banned Milan from the Europa League in June for violations of rules monitoring spending on player transfers and wages up to 2017. The club also spent heavily in the transfer market prior to the 2017-18 season.

They were reinstated within weeks by the Court of Arbitration for Sport (CAS), which sent the case back to UEFA for a fairer punishment.

The court said an immediate ban had been too harsh given the club’s new business plan after a takeover by U.S.-based hedge fund Elliott Management.

Elliott took control of Milan in June after former owner Li Yonghong missed a deadline to repay part of a loan worth more than €300m from the hedge fund. Elliott repossessed the holding company in Luxembourg that Li used to buy Milan.

For the 2017-18 season, Milan spent more than €200m on new players, despite questions over the financial stability of the Chinese-led consortium that paid over €700m to buy the club from former Italian Prime Minister Silvio Berlusconi in April 2017.

Milan’s finances could improve by playing in the Champions League for the first time since the 2013-14 season. They are currently fourth in Serie A, which would be enough to qualify for next season’s competition and earn prize money of at least €40m.

However, a further UEFA punishment was limiting Milan to 21 senior players — instead of 25 — in their squad for the next two seasons of Champions League or Europa League football.

Milan can appeal the punishments to CAS.