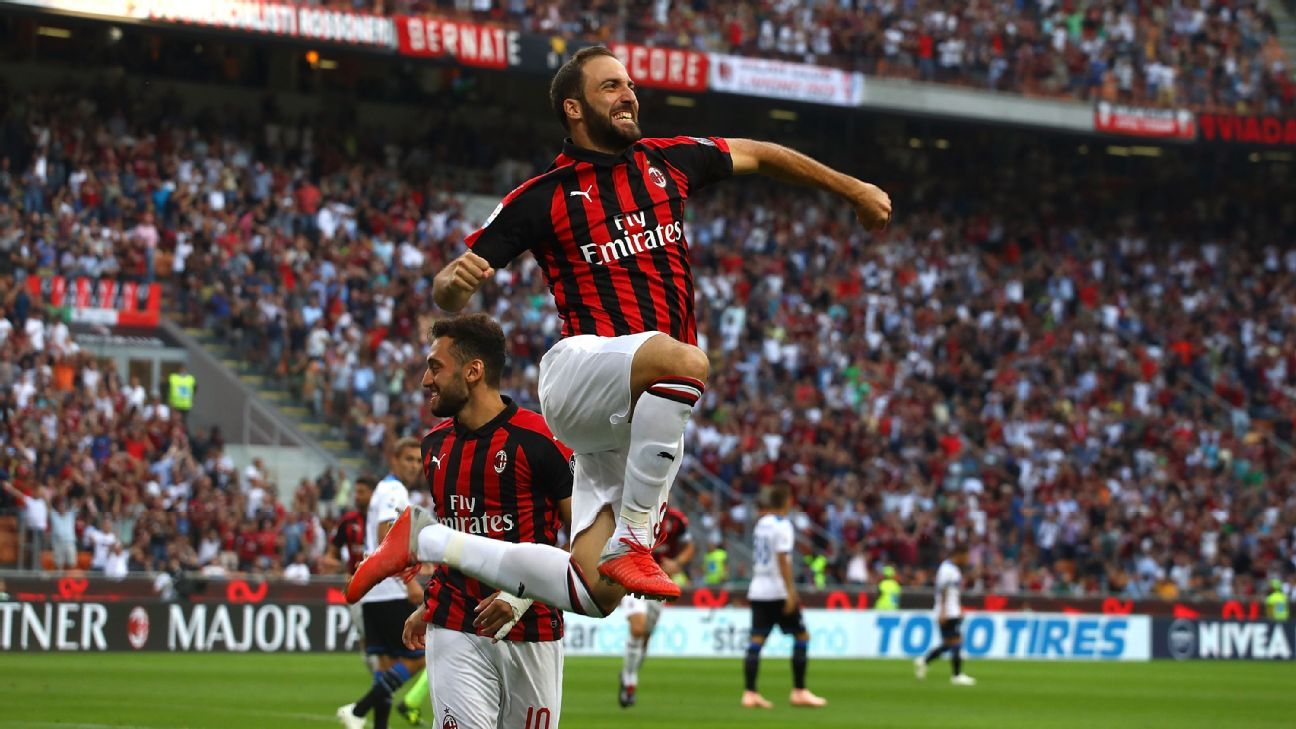 
MILAN — On a day like Sunday, Milan can feel like the center of the universe. I landed with eight hours to kill before going to San Siro. A little breeze blew through the piazzas and narrow streets. It felt great. The cheese on Manuelina’s focaccia recco burned my mouth in a good way, washed down with euro cups of Caffe Si. I sipped a Mi-To cocktail made of Campari and vermouth and wrote two postcards. A man set up an amplifier outside the Duomo and played psychedelic Pink Floyd guitar solos on his Stratocaster. Teenagers and families ate gelato. It’s Fashion Week, which means the streets swarmed with towering, beautiful specimens that barely look human. There’s a Picasso exhibit in town and a philharmonic orchestra playing at La Scala. The city buzzed with energy and people and celebrations.

Around 4:30 p.m., I got dropped off at San Siro, all tubes and towers rising high in the blue sky. Seeing the stadium reveal itself on the approach never fails to take my breath away. It feels like a place where big games should be played, which of course it used to be. Milan might indeed be the center of many universes — fashion, food, culture, art — but football is no longer one of them. The Rossoneri once again let a winnable game slip away, ending in a sloppy 2-2 draw to Atalanta. The tying goal came in stoppage time, after an onslaught in the last few minutes of regulation as the visitors desperately tried to equalize.

As the end of the game neared, the Atalanta fans sang and cheered in the northern upper deck, while the vaunted Milan ultras in the curva sud attempted to whistle them into silence but could not. It felt sad to watch, like seeing an old boxer unable to land a punch he once threw in his sleep. Even after kicking in the drums and songs and clapping, the opponent’s supporters could still be heard beneath the din, their celebrations filtering down to the field at San Siro.

The Serie A season is five weeks old.

Milan has only won a single game.

They are mired in the bottom part of the table.

The last time AC Milan won Serie A was seven years ago. Only Juventus has won the Scudetto since. Eleven years have passed since Milan won the Champions League, and the team’s best player, Gonzalo Higuain, left Juve to make room for Cristiano Ronaldo. An unintended side effect of Juventus’ inability to break through in Europe is that their Ahabian quest for redemption has left the rest of Italian league basically fighting for second place. Juve should win the league with all the money they’re spending — the acquisition of Ronaldo feels like an escalation of the Italian football arms race. That leaves many proud clubs trying to find their footing in a new world, AC Milan among them.

The team has been cash-strapped and recently been taken over by the American hedge fund Elliott after the Chinese owners failed to make loan payments. The fund, run by Paul Singer, took control of the club in the summer and has pledged to inject enough money to make Milan competitive again.

Serie A is primed for its own version of Moneyball, as teams will need to figure out how to win titles without flooding the streets with cash. AS Roma, owned by American financial wizard Jim Pallotta, is already using a proprietary algorithm to identify players. That’s the best path forward for teams like Roma, or AC Milan, who aren’t satisfied riding in the middle of the table year after year.

There is hope in Milan, with one of the best young goalkeepers in the world, 19-year-old Gianluigi Donnarumma, on the roster and the promise of investment by the owners. That all seemed a long way away on Sunday as silent fans filed out of San Siro. The sun had gone down. I finished this story in the press room, where a club official a few feet away shook his head. There will be gatherings all over town tonight, for Fashion Week, because it’s Sunday in Milan, and to celebrate the life of beloved local intellectual and photographer Inge Feltrinelli, confidant to men like Ernest Hemingway, who died a few days ago. But there won’t be parties celebrating AC Milan.

My plans are to head toward the train station and a restaurant, Giannino, where the back room is an unofficial club for generations of AC Milan players, owners and executives. I haven’t been in a few years. Last time I ate there, the walls were covered in photos and jerseys. Former AC Milan owner and the original playboy president, Silvio Berlusconi, had his picture on the wall. It’s that kind of joint.

The first time I went there, the rest of the restaurant was quiet and empty and the back room was nuts. The best way to describe the madness is to say it felt like everyone was on mushrooms or something. It was this big communal party that still has me coming back to eat nearly every meal in Milan there, all these years later. I’ll chase that night forever. I’m gonna eat there tomorrow, too, so deeply did that one evening hook me. That’s what this city can do: get in your blood. The Giannino back room would be the place to go after a Champions League final or after a Scudetto has been clinched. That’s the hope of the new owners and all those fans who left San Siro behind on a disappointing Sunday night. There’d be old men in beautiful jackets and young players in track suits, everyone pouring wine and laughing and passing plates of risotto and fried pork chops and osso buco.

Milan deserves a football team worthy of the party it could throw to celebrate its success.