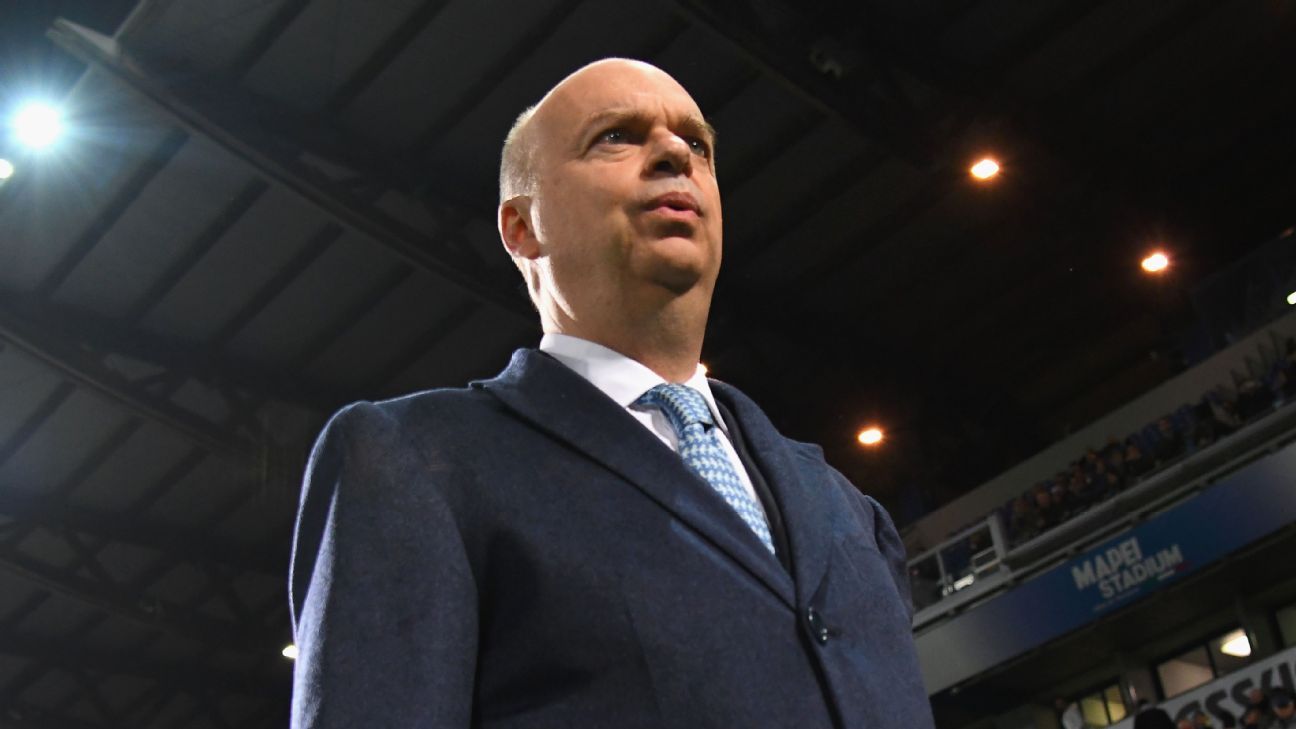 
AC Milan general manager Marco Fassone said he is optimistic there will be no repercussions on his club’s summer transfer activities, although he does expect some sanctions after a meeting with UEFA in Nyon on Friday to discuss a settlement agreement in view of potential financial fair play (FFP) restrictions on the Serie A club.

Fassone, executive director Han Li and CFO Valentina Montanari were all due to present UEFA with a business plan aimed at refinancing debts taken on by the club’s new owner Yonghong Li when he acquired the club from Silvio Berlusconi’s Fininvest group a year ago.

The terms of that deal, which included a substantial loan from the Elliot Management Corporation, are under scrutiny in view of possible infringement of FFP rules, with Milan facing the prospect of a fine, restrictions on the buying of new players or limitations on their squad for future participations in UEFA club competitions.

Fassone does not feel that will be the case, though, as he expressed optimism as he spoke to Sky Sport Italia after the meeting.

“It was a meeting — our third with this commission — for an update on the economic situation of this season which has gone better than they had predicted,” Fassone said. “We presented a business plan for the coming years and there was a long, detailed discussion.

“We left with great respect, waiting for them to make their evaluations and come back to us with proposals. In our case, considering Milan have some deadlines fast approaching, we presented them with a letter from Elliott which testifies for their support and a greater presence in assuring economic security for Milan, whatever the circumstances.

“[UEFA] have been reassured about the timings of the proposals, which could be financed by somebody external or with a refinancing. We hope that [sanctions] will be contained, but certainly there will be some.”

When asked if he feared for a spending freeze in the summer transfer window, Fassone added: “I didn’t get this impression. The commission just asked questions about figures and when their proposal arrives, we will see. They have not set any more appointments to see us and we left cordially.”

A previous meeting in Nyon last December saw UEFA reject a voluntary agreement since there were “still uncertainties in relation to the refinancing of the loans to be paid back in October 2018 and the financial guarantees provided by the main shareholder.”

Yonghong Li is contractually obliged to pay back €300 million to Elliott by October, although they are reportedly in negotiations over refinancing that loan.

Milan committed over €200m to the signing of 11 news players last summer. After initial difficulties, the arrival of Gennaro Gattuso as coach saw them move into the top six and get on course for qualification for Europe next season.

However, a run of three consecutive draws has seen the chasing pack close in on the Rossoneri, who are now just two points ahead of Atalanta and three ahead of Sampdoria and Fiorentina in the race for a place in the Europa League with five games of the season remaining.

Milan could also qualify for Europe by beating Juventus in the final of the Coppa Italia on May 9, although their hopes of qualifying for the Champions League, in view of a deficit of ten points on the top four, appear to have been dashed by a recent dip in form.

They travel to Atalanta on the penultimate weekend of the season before hosting Fiorentina in their final fixture.