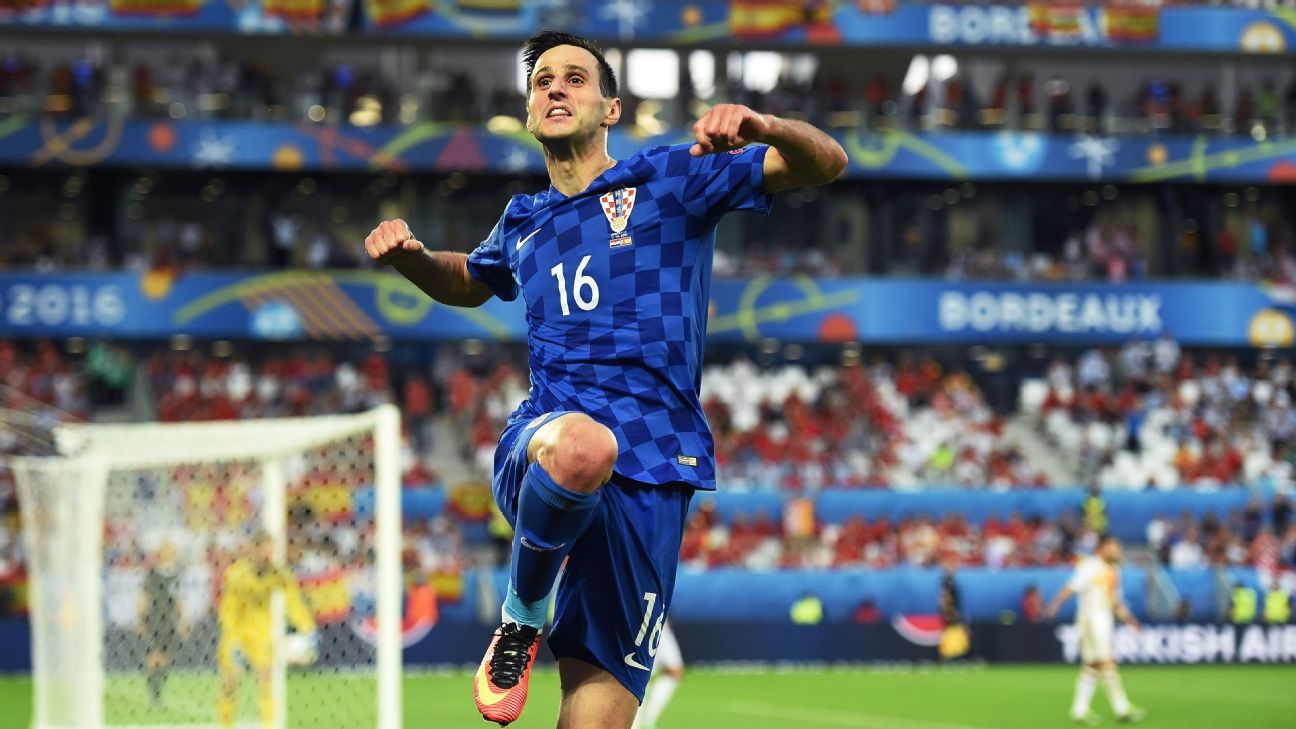 
AC Milan sporting director Massimiliano Mirabelli has apologised after Fiorentina took offence to a joke he made when unveiling new signing Nikola Kalinic.

Kalinic completed his transfer to Milan on Tuesday and Mirabelli joked that he should “put the ball you know where, or else we’ll send you back there.”

Fiorentina issued a statement in response, reading: “ACF Fiorentina are shocked and disappointed with the tone used by AC Milan sporting director Massimiliano Mirabelli during the unveiling of Nikola Kalinic on Tuesday.

“Mirabelli’s choice of words when referring to the possibility that AC Milan might send the Croatian striker ‘back there’ were disparaging, out of place and entirely avoidable.

“We would like to remind Mr Mirabelli that Fiorentina are an important club whose players have made history in the game over the years. Moreover, this club represent Florence, one of the most beautiful and well-known cities in the world. The club therefore asks that they be afforded the respect they deserve from today onwards.”

Milan subsequently issued an apology on their official website, with Mirabelli saying: “I’ve always had great respect and admiration for Fiorentina and their owners, managers and fans.

“If anybody felt my words were a lack of respect, then I apologise. I believe it was clear, from the tone, from my expression and also from my body language, that what I said was just a joke and certainly not denigrating.”

Kalinic pushed his move to Milan through by refusing to train for Fiorentina, obtaining a doctor’s note to relieve him from his obligations while negotiations took place.

He was provisionally included in Fiorentina’s squad for the season, although he was assigned the No. 99 shirt, with the No. 9 he had worn last season handed to new signing Giovanni Simeone ahead of last weekend’s opening Serie A fixtures.

He will wear the No. 7 shirt for the Rossoneri and told Milan TV how happy he was to have joined.

“This is a new start and I hope everything goes well,” he said. “I can only say that I will give everything on the pitch to help the team win. [Coach Vincenzo] Montella said ‘finally you’ve arrived’ and that was about it. I hope to keep scoring as I have been doing now with Milan. Let’s see.”

Kalinic scored 27 goals in 69 Serie A appearances for Fiorentina.