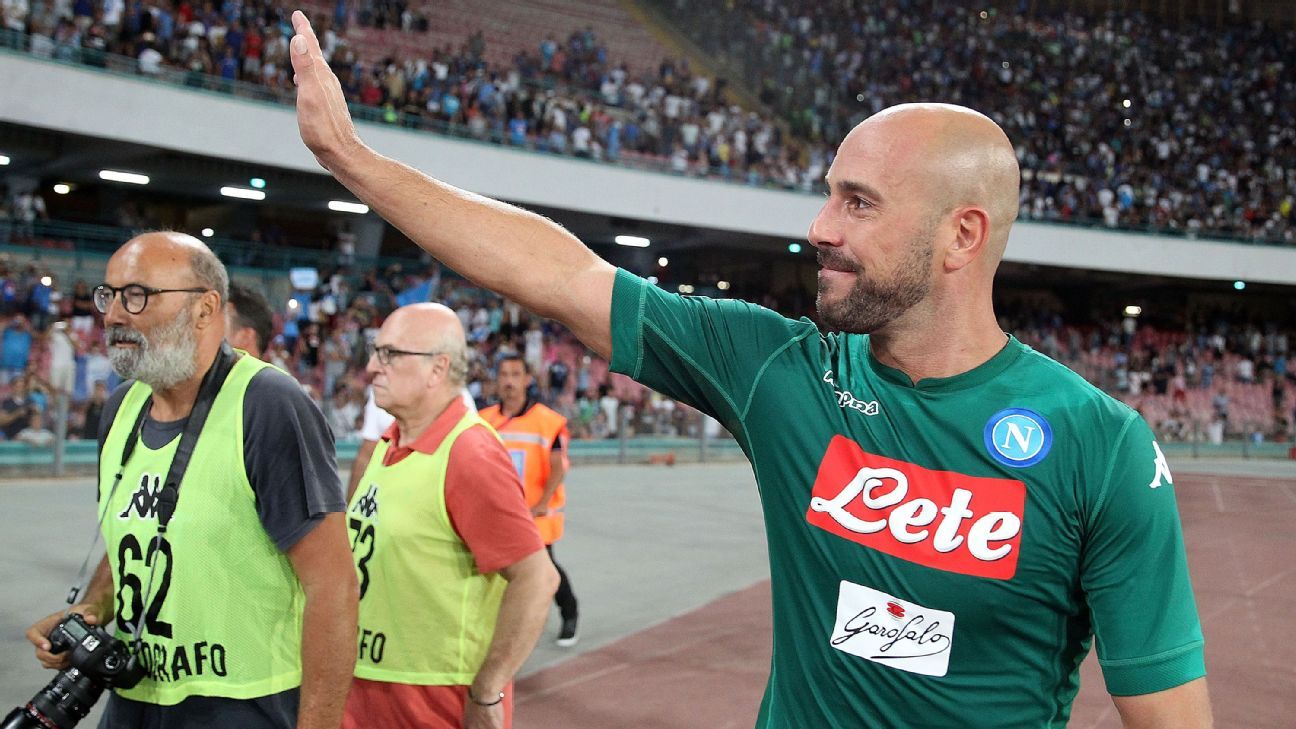 
AC Milan have asked permission from Napoli to speak with their goalkeeper Pepe Reina, whose contract is up for renewal in the summer.

Milan’s sporting director Massimiliano Mirabelli confirmed recent rumours prior to his side’s 2-0 defeat to Arsenal in the Europa League on Thursday evening, saying that talks are being arranged with the Spanish goalkeeper’s agent.

“We’ve spoken with Napoli to inform them that we want to speak with Reina’s agent,” Mirabelli told Sky Sport Italia. “This is how the regulations work. We want to see if there are the conditions to sign this player.”

Milan’s move for Reina casts doubt over the future of Gianluigi Donnarumma, who committed his future to the club until 2021 last summer, but continues to be linked with a departure in the summer.

The 19-year-old denied having asked Milan to rip up that contract in December, with his agent Mino Raiola claiming the Serie A club had pressured him into signing it against his will, but with Milan set to miss out on Champions League football again next season, Raiola is expected to push for his client to leave.

Reina, 35, could therefore become Milan’s new No. 1 next season with reports in Italy suggesting a three-year contract is to be offered to the former Liverpool and Bayern Munich goalkeeper.

Consequently, Napoli are being linked with a move for Bayer Leverkusen’s Bernd Leno or Liverpool’s Simon Mignolet to replace Reina, who looks increasingly set to leave Naples when his contract expires this June.