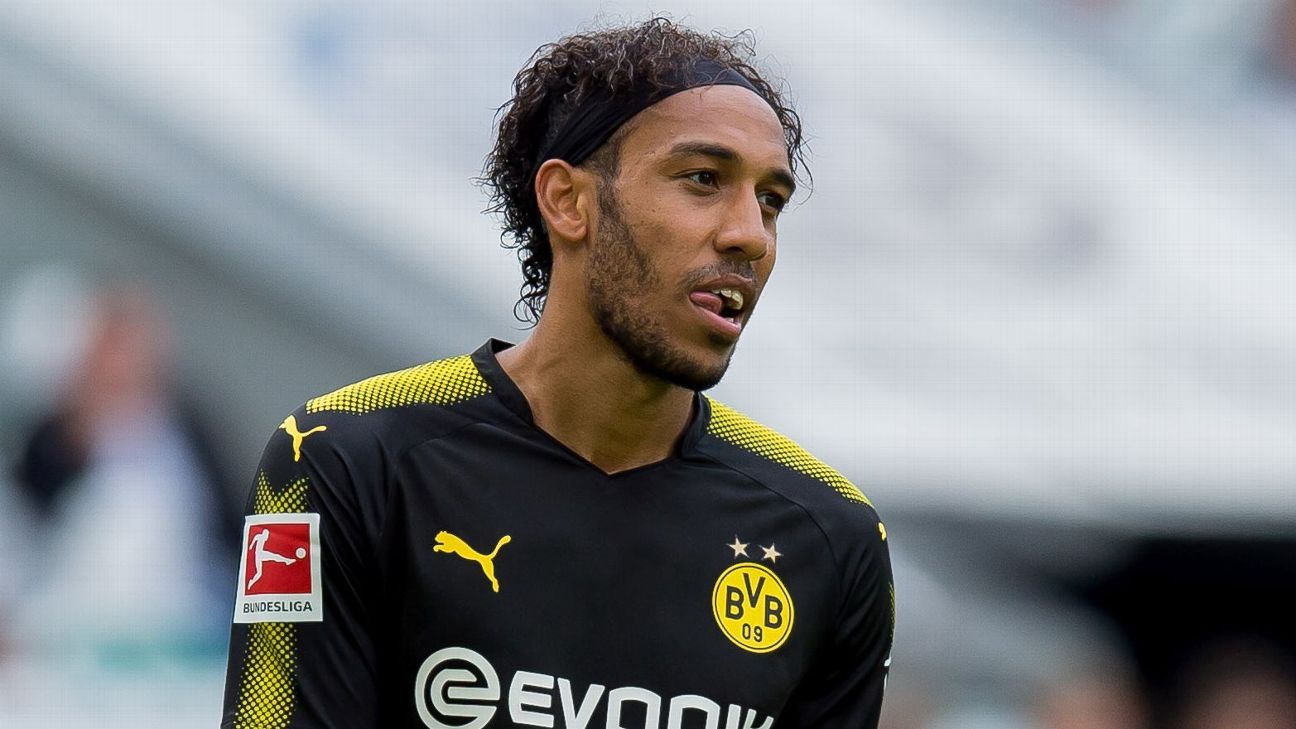 Milan had been keen to re-sign Aubameyang, 28, this summer as part of their major overhaul that saw them spend over €230 million on 11 new players.

However, despite the striker’s willingness to return, Milan failed to match Dortmund’s asking price and the Bundesliga side then took him off the market, accusing the Italian giants of showing a lack of respect.

“He’s a great player and he wanted to come to Milan, but there are some weddings which you just can’t arrange,” Mirabelli said in a Facebook Live session on AC Milan’s page.

“Dortmund struggled to allow him to leave and that is what happened, but he is still a great player.”

On Thursday, Aubameyang allayed fears he would still be leaving on transfer window day by posting a picture outside a private jet at Dortmund airport with the words: “Doesn’t matter where I fly because I’m always back in Dortmund at the end.”

Milan did sign Andre Silva, though, and Mirabelli said he expects big things from the Portuguese forward.

“He’s certainly going to be one of the best in the world in the coming years,” he said. “He’s a very important, young player, but like all Portuguese, he needs a bit of time to settle in and adapt. We’re not putting him under any pressure, we’re just waiting for him without any rush.

“His development will have its ups and downs and these will mature him, but he’s going to be one of the hottest prospects in world football. We know that and we’re waiting for him, also because we’re covered really well in [attack] and this allows us many choices.”

Mirabelli says Milan would not be afraid to spend more money in January if necessary.

“We think we’ve done a lot because 11 new signings are not easy to make,” he said. “We needed to assemble this squad, so it was impossible to fill it up too much with new players, but January is just around the corner anyway, and we’re ready.

“We knew we had a great responsibility, at such a big club, and we tried to have clear ideas from day one, which is why we knew straight away who we wanted to keep and who we wanted to get. We want to start a new cycle and this is why it’s important we have the right average age in the squad.

“This explains why we signed some excellent but young players, and others with experience and character. We have big objectives in the mid-to-long term, but it’s impossible to repeat the transfer window we have had.

“We had to launch ourselves into the negotiations, which is why moved well in advance of the others, thinking that somebody might underestimate us. We hope we get the answers we expect on the field.

“It’s just a pity that people have been expecting one big final signing. We were not interested in making one final signing just for the sake of it. We had thought about it, but we’re not like that, neither now nor in future transfer windows.

“We’re already late having started only in July, imagine what it would have been like if we’d signed somebody just now?”