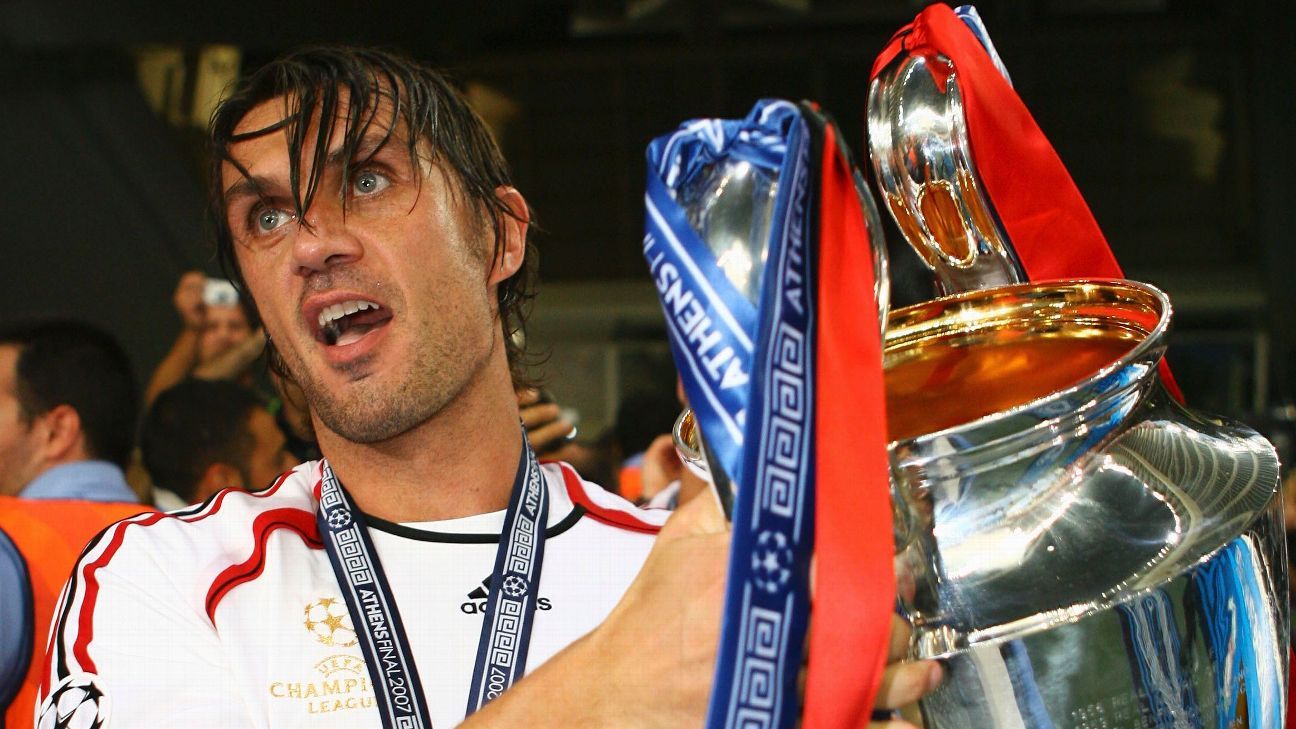 Maldini’s 24 years with the Milan first team mean he has spent almost half of his five decades on earth representing the Rossoneri, and many of his former teammates paid tribute to the ex-Italy captain’s glorious career.

Milan tweeted a moving collage of portrait images from every season he was at the club, which basically just shows his change of hairstyles — all perfectly in place — while his face barely ages.

The versatile defender made his debut at the age 16 back in 1985, when he had to borrow Ray Wilkins’ boots — which were two sizes too small — as his were not adequate to combat the snowy conditions in Udine.

Milan are the second-most successful team on the continent in terms of European Cups/Champions League titles won with seven, and Maldini was present for five of them. His father, Cesare, was captain for one of the other two.

Maldini, who won his first triumph 1989, has lifted the trophy as many times as each of Barcelona, Bayern Munich and Liverpool.

He was also part of the Italy side which lost the 1994 World Cup final on penalties, meaning international glory has always eluded him, but he more than made up for it by winning 25 club honours.

The evergreen Paolo showed he is ageing gracefully a year ago when, right after turning 49, he made his debut in an ATP ranking tennis event in a doubles match.