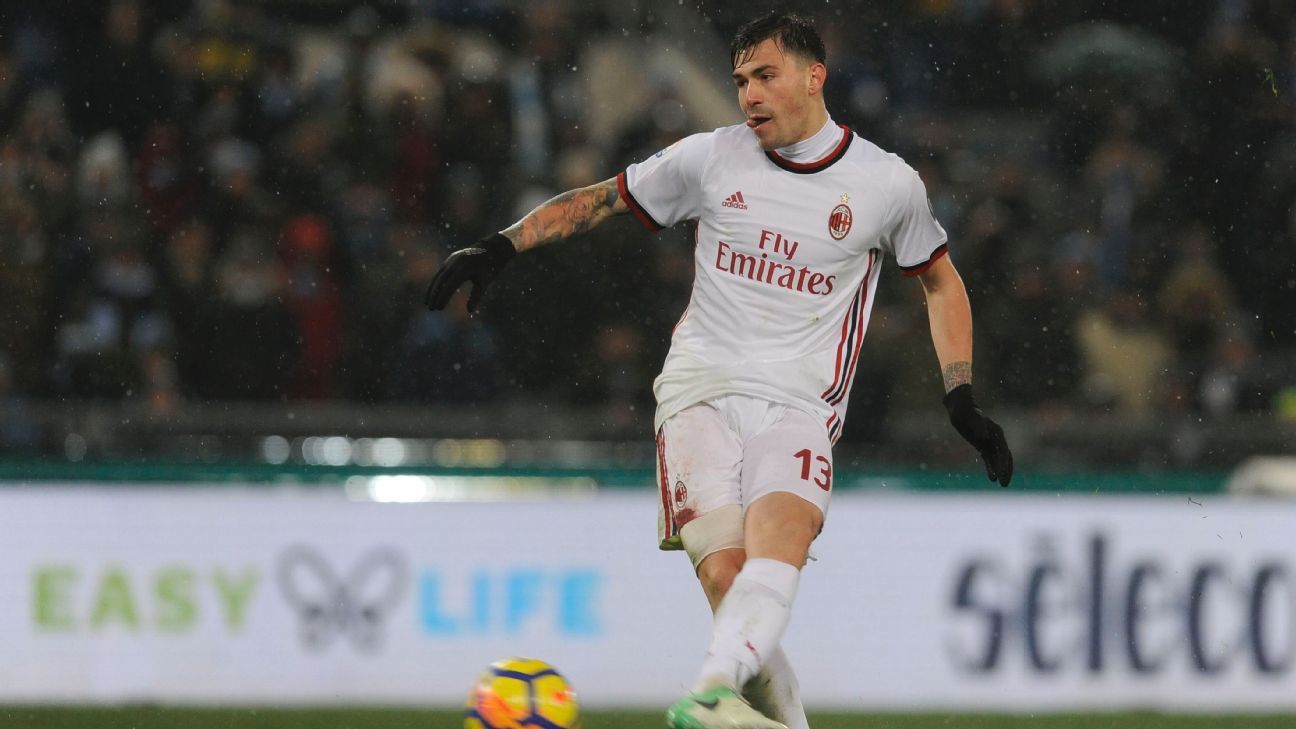 
AC Milan’s summer has been shrouded in doubt as they await their hearing with the UEFA adjudicatory chamber later this month. After an apparent breach of financial fair play regulations, their transfer plans are on hold.

Ongoing question marks over owner Yonghong Li have raised concern once again, and whether or not the Rossoneri will be in a strong position to bring in quality reinforcements ahead of next season remains to be seen.

For all the negativity the financial situation has created though, Milan arguably delivered the best news possible in their current state as they confirmed some in-house news that defender Alessio Romagnoli has signed a contract renewal to keep him at the club until 2022.

After joining Milan in 2015, it didn’t take long for the elegant centre-half to win supporters over, as it quickly became apparent that the club had landed a special young talent.

Still raw and inexperienced, there were obvious flaws in his game, and he certainly had huge boots to fill having taken Alessandro Nesta’s No.13 shirt while he made no secret that the Milan legend was his own personal idol.

With that in mind, the pressure was certainly on Romagnoli to deliver, particularly considering the long line of defensive stalwarts who have featured for Milan over the years as he looked to follow in the footsteps of the likes of Nesta, Paolo Maldini and Franco Baresi.

Early naivety suggested that he still had work to do to develop his game, but the improvement and maturity that he has shown over the last two seasons has proven that he is undoubtedly flourishing into the player Milan hoped he’d become.

Still only 23, the Italian international has significant room for further development and will only improve with experience. Playing alongside an influential figure such as Leonardo Bonucci can only be a positive thing too, as he’ll potentially play a fundamental role in his growth and progress.

Able to combine defensive solidity and a reading of the game that many other defenders lack with composure and class in possession, Romagnoli is essentially the modern-day centre-half and has everything needed to be a future Milan captain.

He looks equally as comfortable stepping in to make a perfectly timed tackle as he does when striding forward looking for an opening to set Milan on their way. In turn, he has undoubtedly emerged as a fundamental part of their future and a pillar on which the hierarchy can build on.

For all those early comparisons to Nesta, which seemed premature, he’s arguably the closest thing to him given the characteristics that they share. Evidently though, he still has a long way to go to match his achievements.

A cynical view would be that the contract renewal is merely a tool to protect the club’s position, as it would strengthen their case when setting his valuation if European rivals begin to express an interest.

In truth, that is a sensible strategy regardless, as if the situation does arise in which Milan have to consider a bid, the former Roma starlet should be commanding a huge fee considering the current market.

However, such is the importance of Romagnoli to this Milan side and in the future, it’s imperative that the club keep hold of him for many more years. Further, they must put the players around him to ensure he achieves his objectives and doesn’t have to consider an exit in search of major trophies.

From the club’s perspective, it’s also the perfect response amid all the uncertainty and concern over the FFP situation. To successfully lock down Romagnoli’s future, not only showing faith in him but also to have that faith reciprocated, as he ultimately believes in the project, it’s a win-win situation.

Rival supporters may disagree, but for those who have watched Romagnoli week in and week out over the last two years, the improvement is clear and he is developing into one of the top defenders in Europe.

With that comes the added pressure to now maintain that level of performance, while also pushing on and becoming a mainstay in the Italy side under new boss Roberto Mancini.

Milan will potentially be responsible for the heart of the Azzurri backline along with Bonucci and Gianluigi Donnarumma between the posts in the coming years, and it’s a major boost for all concerned that Romagnoli should now be a Rossonero for the foreseeable future.

Atletico Madrid’s three-for-one offer for Antoine Griezmann rejected by Barcelona
USMNT, Borussia Dortmund forward Reyna signs new contract
Dynamo Kiev vs. Barcelona – Football Match Report – November 24, 2020
How Higuain’s switch from Juventus to Inter Miami helped him ‘get back his love for the game’
Nashville SC spent big on Zimmerman, as MLS defender of the year has expansion side dreaming of MLS Cup