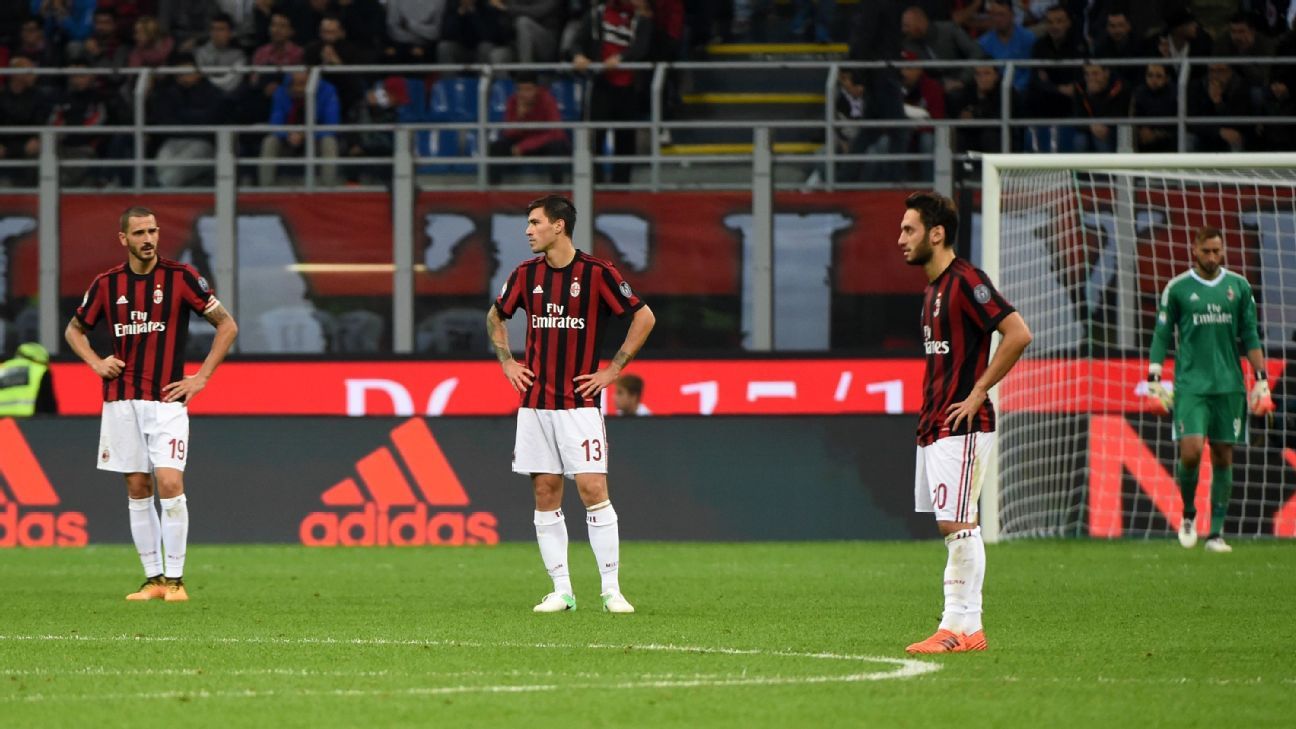 
Vincenzo Montella insists AC Milan are still on the right path to success despite watching his Rossoneri fall to a 2-0 home defeat to Serie A rivals Roma.

Milan are expected to at least secure a Champions League place after the board poured more than 200 million euros into player investment this summer but Leonardo Bonucci, Andre Silva and Hakan Calhanoglu — the Turkish midfielder who was sent off late on — were on the losing team at San Siro on Sunday.

Instead it was Edin Dzeko and Alessandro Florenzi who scored the goals that fired Roma, who have a game in hand, into top-three contention.

Montella has now delivered back-to-back league losses and on social media sections of the Milan fan base are embracing the possibility that Carlo Ancelotti might return to the club where he enjoyed so much success a decade ago.

The incumbent head coach remains optimistic about the season ahead, however, telling La Gazzetta dello Sport: “It was our best match in terms of showing continuity, and our attitude was right.

“Let’s not forget that nine of the 11 players are new — they are the present and future of Milan.

“With a bit of luck, it could have ended differently.

“We must be satisfied with the spirit we showed in the game and we were on a par with them, even going down to 10 men didn’t break us up.

“I think we’re on the right path and I’m also happy with the quality of the game.”

The 26-year-old was in the right place at the right time after Gianluigi Donnarumma parried Radja Nainggolan’s stinging effort back into the box.

Only minutes earlier Bosnia striker Dzeko had reached eight goals in all competitions with a finish that took a helpful deflection off Alessio Romagnoli.

“Florenzi can do anything,” Di Francesco told Sky Sport Italia. “He is a fantastic footballer.

“We gave very little away to Milan and we did very well to strike at the perfect moments.”