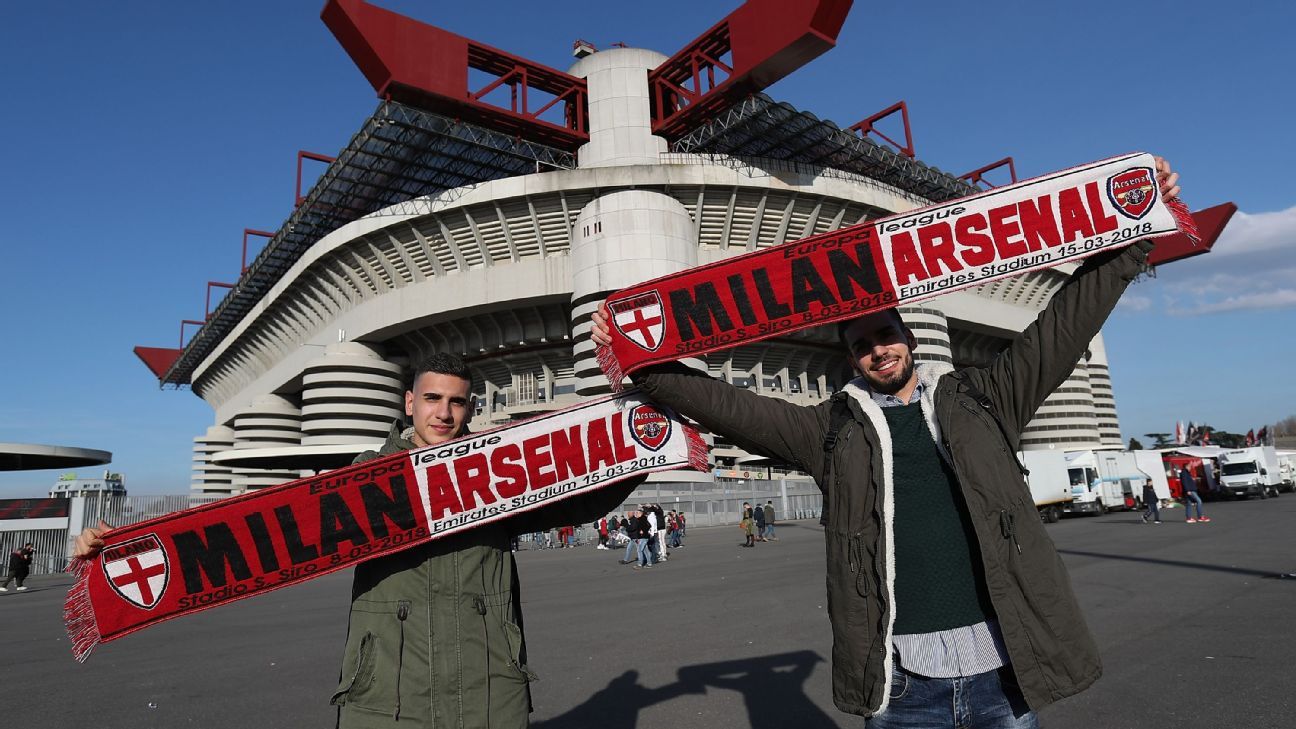 AC Milan are again considering a move away from the San Siro, with general manager Marco Fassone saying planning is in the early stages.

Milan won a tender to purchase land for a planned stadium in 2015 only to scrap proposals soon afterwards due to escalating costs and doubts from then-owners Fininvest over their future at the club.

Fininvest sold Milan to Yi Longhong in April last year, and Fassone said the subject of a new stadium was now back on the table.

“Milan is ready to have two stadiums,” he said at a book launch in the city. “We’re making an analysis to see if it would suit AC Milan to have a new stadium or whether it’s better to continue with Inter at the San Siro.

“Inter have clearer ideas because they’ve been thinking about it for longer, whereas we are still reasoning.

“We will be the only city in Europe with two clubs sharing one stadium, but on the other hand whoever leaves the Meazza would have to think long and hard about it because San Siro is San Siro and it is a fascinating place.”

Fassone said the plans could see Milan move into a new home within five years.

“Thanks to new regulations, within 12 to 18 months you can get all the permissions required to build, so we could have a new stadium in 2023, whether it be together, separate or modernised, for our fans,” he added.

Milan sporting director Massimiliano Mirabelli stressed that raising funds for such a venture would not necessarily mean selling key assets.

Mirabelli has ruled out a sell-off of players this summer and said the plan was to strengthen the squad further.

“We want to keep hold of our best players, even if they are in demand,” he told Mediaset. “We are certain that we have a valuable squad.

“We’ve not received any offers that make us turn weak in the knees,” he said. “It’s now gone silent around [goalkeeper Gianluigi] Donnarumma and that’s good, given all the things that were said.

“He’s a heritage of Italian football and we’re thinking about keeping him for a long time. Even [agent Mino] Raiola’s pretty relaxed, and there aren’t any problems with him.”