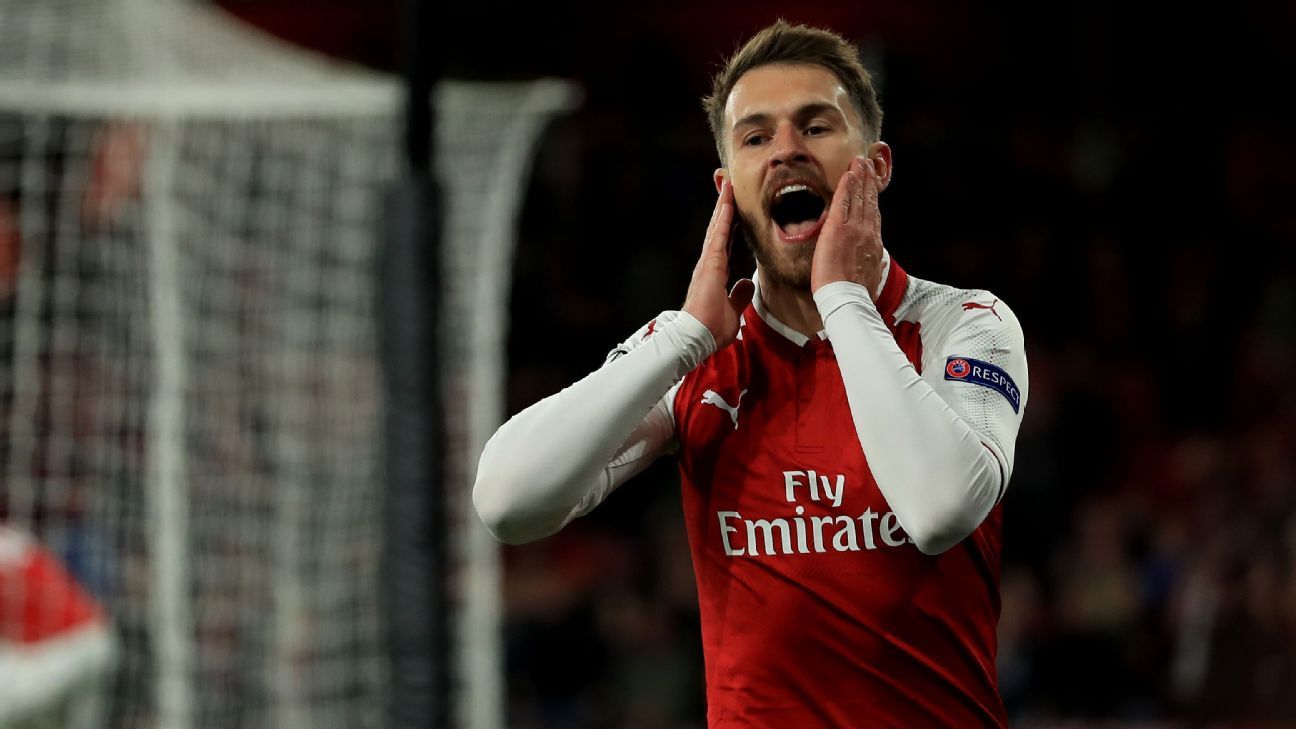 
Arsenal have scored some beautiful goals down the years. Think of Jack Wilshere’s one-touch multi-combination strike against Norwich; Olivier Giroud’s “scorpion kick” against Crystal Palace last season or even Mesut Ozil’s double-dummy against Ludogorets in the Champions League.

Those are just three of many, and on Thursday night against CSKA Moscow, Aaron Ramsey added to list. His second goal of the night is one that will live long in the memory, not simply for its beauty, or how audacious it was, but for its deliberateness.

The combination between the Welshman and Ozil was precision football at its very best. Ramsey held his position to stay onside, pointing to the German to show where he wanted the ball. Ozil obliged, his left foot curling the ball to the exact spot, and what happened next illustrated that Ramsey didn’t just improvise a finish from what was delivered to him, he engineered the situation.

He knew if he broke the offside trap and the ball was put into that area, CSKA Moscow goalkeeper Igor Akinfeev would come to close down the space, thus giving him the opportunity to flick the ball over his opponent and into the net. And so it was. Ozil did exactly what Ramsey needed, Ramsey did exactly what he’d planned, and the Emirates applauded one of the finest goals of the season.

The contribution of the attacking midfield pair was stellar on the night. Ozil won a penalty and provided two assists, while his colleague scored twice and really could have added a couple more given the chances he had. The football intelligence of both makes it easy for them to combine in the final third, the vision of the German dovetails beautifully with the timing of the Welsh international’s attacking runs. He has an unerring instinct to arrive in the box at exactly the right time, and if there’s somebody there to create for him it adds a powerful weapon to Arsenal’s attacking bow.

The 4-1 win aside — by any standards a very healthy lead to take into a second leg, home or away — it will have been pleasing for many to see a return to something approaching the Arsenal aesthetic on Thursday night. There’s no question the Gunners have blown hot and cold this season, and what lies in-between has been generally lukewarm at best.

They have often struggled defensively, which should come as no real surprise, but where they have also found life difficult is in building offensive momentum. Slick passing, clever movement and intricate attacking play has always been a hallmark of Arsene Wenger’s reign, but in recent times it’s been hard to tally that to the kind of football this group of players has served up.

Against the Russian side they seemed to rediscover some of their Arsenal verve. For once Hector Bellerin had players to combine with, rather than being asked to plough a lonely furrow up and down the right hand side, leaving him with just safety-first options. He was a threat throughout, and provided the assist for the first goal.

Alexandre Lacazette — with two more goals — and Henrikh Mkhitaryan added to Arsenal’s quality and intelligence in the final third, and it does augur well for what’s to come in the rest of this Europa League campaign. While defensive issues remain a worry, there seems little point in getting too stressed about something that seems so unlikely to change.

If Wenger’s team are to have any chance of going all the way in the Europa League, they will need attacking power to offset that weakness at the back. It’s no exaggeration to say they could have scored twice as many goals as they did against CSKA, and although the quality of the opposition will improve as they get closer to the final in Lyon, their best chance of success was always going to be from ensuring their attack clicked.

They are average at the back, and that’s going to be nigh on impossible to improve between now and the end of the season, but there was always a sense they were under-performing from an attacking point of view. The performance against the Russians showed that, perhaps, that side of their game is coming together at exactly the right time.