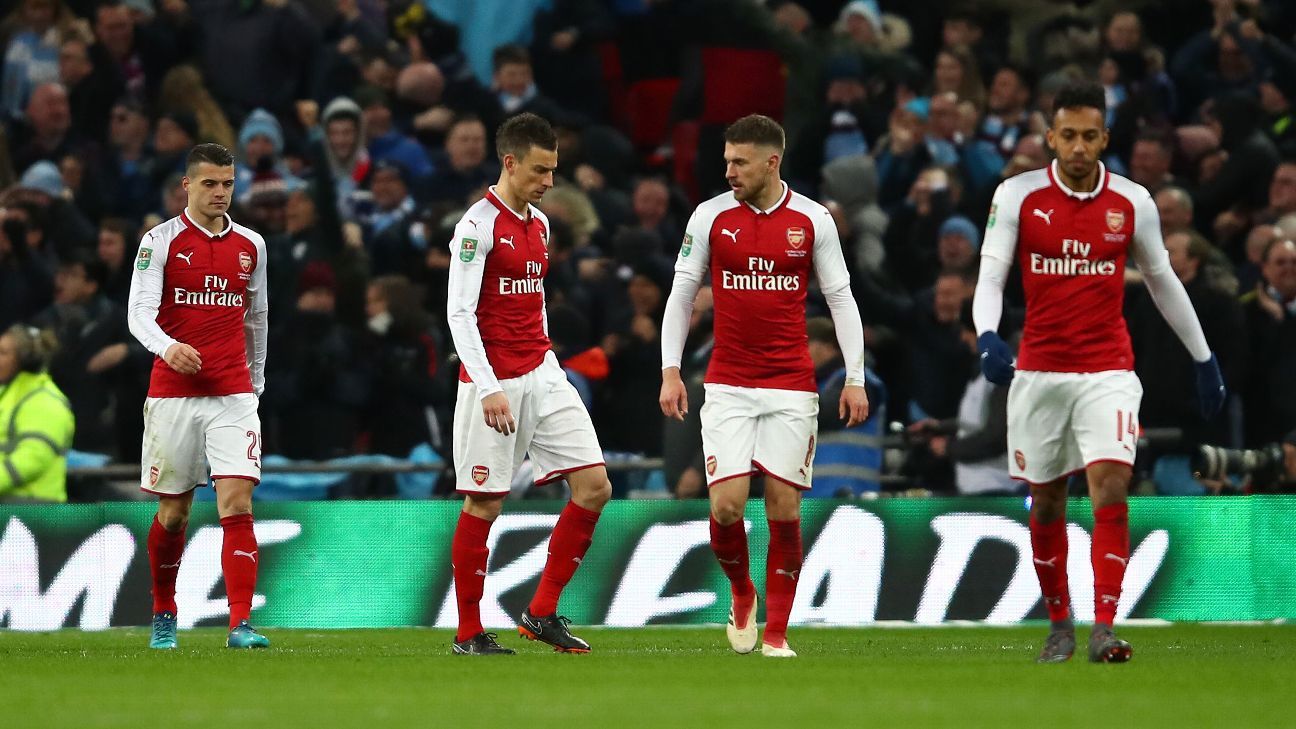 
LONDON — Aaron Ramsey is hoping Arsenal fans will fill the Emirates again for Thursday’s Europa League match against AC Milan after thousands of supporters stayed away from the previous two home games.

The stadium was only half full for the 3-0 loss to Manchester City a fortnight ago and about one third of the seats empty for Sunday’s 3-0 win over Watford.

But after turning a corner over the last week following a run of four straight losses, Ramsey hopes the team have won fans back over again as they try to secure thier passage into the quarterfinals on Thursday.

“Hopefully there won’t be so many empty seats. But we’re just focused on going out there and trying to win a football game,” Ramsey told a news a news conference on Wednesday. “Hopefully our performances on the pitch will encourage many to come back.”

Arsenal hold a 2-0 lead going into the second leg against Milan and were given an injury boost as Hector Bellerin and Nacho Monreal are both available again after missing the first leg. Shkodran Mustafi has also been cleared to play after limping off during the Watford win.

“Everybody’s available apart from [Alexandre] Lacazette who is coming back into training, but is too short to be available for tomorrow,” manager Arsene Wenger said.

Lacazette is recovering from minor knee surgery but is set to return after the international break.

Arsenal’s season now hinges on success in the Europa League as they are languishing in sixth place in the Premier League, which means winning the cup competition is the only realistic way of qualifying for the Champions League next season.

But having seen his side lose 2-1 to Ostersunds at home in the previous round after winning the first leg 3-0 away, Ramsey warned that Arsenal can’t afford to be complacent on Thursday.

“We saw how good [Milan] are and we can’t take our foot off the gas,” Ramsey said. “It’s going to be important for us to treat it as if it’s 0-0, so we can go out there and try to win the game. I think that’s the right mentality and attitude to take into that.

“They’re a quality team. We’ve seen in the first game how good they are. It was quite a tight game even though we came away with a 2-0 victory. They’ve turned a corner as well with their new manager, so they’re on a bit of a good run and it’s going to be important for us to stay focused from the beginning. We can’t take this one lightly at all.”

If Arsenal go through, it will be the first time since 2010 that they reach a quarterfinal in Europe, having been knocked out in the round of 16 in the Champions League every year since then.

A third straight win would also allow them to enter an extended international break on a bit of a high after one of the roughest spells of Wenger’s 21-year career.

“If you lose the first one then it’s a massive game, like we faced in the [Carabao] Cup, you have more chances to lose the next one. It was important to get out of that.”