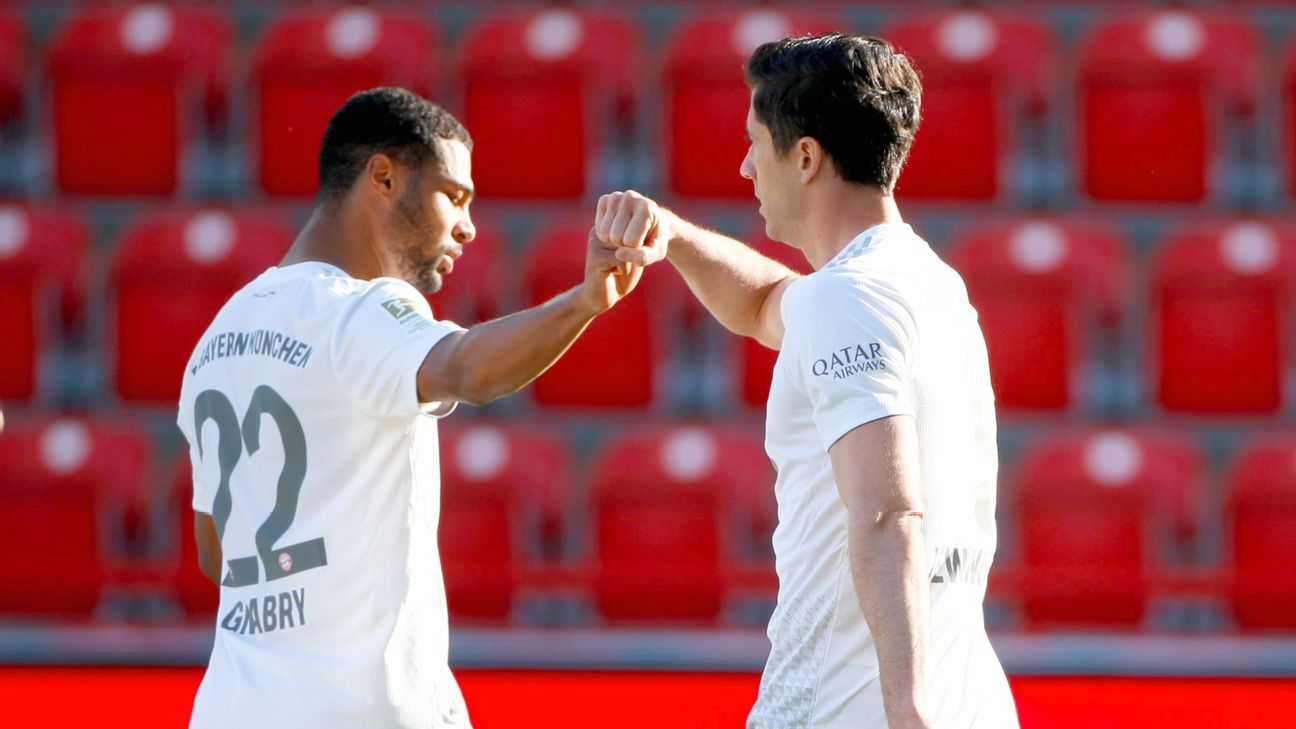 There is no better time for football fans to pick a Bundesliga club to support during the remaining eight rounds of the 2019/20 season.

As top-level action returned to television screens, many fans, who may not have followed German football, found themselves drawn to Bayern Munich and Borussia Dortmund.

For supporters in Southeast Asia, who are more accustomed to cheering on teams like Johor Darul Ta’zim, Muangthong United and Tampines Rovers, it may not be immediately clear which team to support.

Here to help, is our Southeast Asian football fans’ guide to choosing a Bundesliga club.

Which means: Your team is newly rich with big ambitions. Sure, having heritage is nice but being in the strongest position to achieve success is nicer. Why worry about old chapters when you can rewrite new ones?

We recommend: RB Leipzig. Founded in 2009, when the ever-expanding Red Bull football empire took over fifth-tier SSV Markranstadt, Die Roten Bullen have made a stunning rise to be one of the Bundesliga’s title contenders. To Leipzig’s credit, they do not splurge on big-name signings but scour the globe for outstanding youngsters to nurture, but there is no denying all this would not have been possible without major investment.

Which means: Your team produces the best youngsters and you’re always worrying that they will be poached. And if that really happens, there’s not much you can do about it. Still, you take pride in knowing your team plays a key role in grooming players that go on to become superstars.

We recommend: Bayer Leverkusen. Kai Havertz is on course to becoming the best player in the world, but Barcelona or Real Madrid could easily come calling this summer, just like how Borussia Dortmund swooped for Julian Brandt last year. But there’s always still the likes of Leon Bailey and Moussa Diaby. It’s not like they have been linked with moves too, right? Right?

Which means: You don’t mind over relying on a prolific target man. Everyone loves a bit of tiki-taka, but there’s nothing wrong with some good old-fashioned one football. In the past two years, Marko Simic has scored almost 50% of Persija’s goals (46 out of 96) but who cares as long as you’re winning?

We recommend: Wolfsburg. It is not to say that the Wolves do not have other stars; Josuha Guilavogui, Maximilian Arnold and Josip Brekalo are all excellent in their own right. Yet, when Wolfsburg need a goal, Plan A is usually to put the ball into the box and hope Wout Weghorst gets in the end of it. Just like how Bolton and Bilbao did with Kevin Davies and Fernando Llorente. Just like how Persija do with Simic.

Which means: Your team plays some brilliant football and you still wonder how you did not win the league last season. And there is no denying Buriram are one of the most attractive teams to watch in Thailand. They only needed to avoid defeat in the final match against bottom side Chiangmai to be crowned champions. They drew, finished level on 58 points with Chiangrai United, and lost out on an inferior head-to-head record.

We recommend: Borussia Dortmund. When Dortmund are in full flow, they are arguably the most-exciting team in the competition. But even after holding a nine-point lead last season, Dortmund somehow threw the title away. Something Liverpool can empathize with. Manchester United too after their own meltdown in 2011/12.

If you already support: Ceres-Negros (Philippines)

Which means: You love the varied footballing styles each player brings to the team. Who needs to conform to a particular brand of football when you can call upon players who have learnt their trade in Germany, Spain, England, America, Japan, Belgium … the list goes on. You probably often tell others “football is truly the world game.”

We recommend: Eintracht Frankfurt. The Eagles boast an Argentine captain, a couple of Japanese, Frenchmen, Serbians, Portuguese and Dutchmen, an Austrian defensive stalwart and even a Danish back-up goalkeeper. While everyone talks about Robert Lewandowski and Marco Reus, you rave about how the underrated trio of Luka Jovic, Sebastien Haller and Ante Rebic combined for 57 goals last season. In short, you are a hipster and the Eagles are a perfect fit.

Which means: You only care about winning the title every year. No doubt the quality of football matters too. But in a land when territorial lines are so defined, nothing gives you greater satisfaction than having bragging rights over your neighbours. And, to be honest, after being champions for the past six seasons, you wouldn’t have a clue how to even get out of bed if you didn’t win again.

We recommend: Bayern Munich. One word to describe Bayern? Dominance. Especially after winning the Bundesliga in the past seven seasons and, at times like JDT, with about seven games to spare. Such dominance also means that Bayern spend most summers successfully poaching the best players from their rivals, although it is not all smooth sailing. Just like how JDT have never been able to lure Baddrol Bakhtiar from Kedah, it is a wonder how Marco Reus has never worn the red of Bayern.