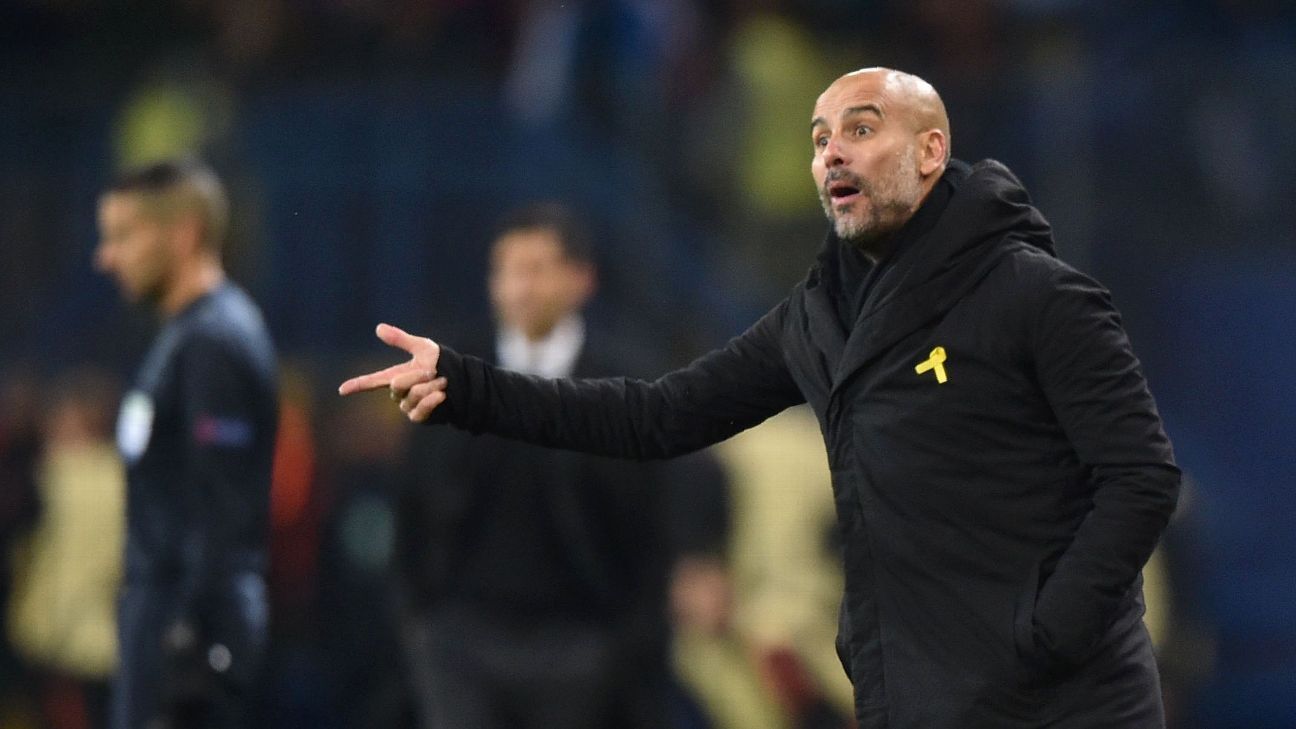 
Whether met by blessed relief or reluctant acceptance, Manchester City’s long winning run has at last been ended with a 2-1 defeat in the freezing cold of Kharkiv, Ukraine to a sprightly, well-balanced and highly motivated Shakhtar Donetsk side.

This was always a match pitched into the wrong place in City’s calendar. With Champions League qualification already long assured and a critical Manchester derby awaiting them at the weekend, it was clear Pep Guardiola had both a tough decision to make, but also the easiest one. In saving the majority of his big-game players for the domestic spat, he may have handed qualification to the Ukrainians and ended City’s record, but — if it results in a win at Old Trafford this weekend — it will no doubt be seen in the blue half of Manchester as a worthwhile sacrifice.

If it heralds a fall-off in form for City and the beginnings of a closer battle at the top of the table with United, it will go down as a turning point in this season’s so-far rather one-sided battle for supremacy.

With the expected returns of David Silva, Sergio Aguero, Raheem Sterling, Vincent Kompany and Kevin De Bruyne, City at full force are a totally different prospect to the side put out in the Champions League against Shakhtar.

It has been perhaps the feature of the season so far to see a side with so much attacking intent, flying at opponents from all angles with teams finding few answers in the struggle to contain this omnipotent force.

In recent weeks a glint of hope has appeared, with the success of Feyenoord, Huddersfield, Southampton and West Ham — all relatively modest outfits this season — in closing down the space City could operate in and shutting up shop for a point. That all four were ultimately beaten suggests two things: City’s much vaunted spirit which has been encapsulated by the supporters’ refrain “We’ll’ fight to the end” and — more importantly — the sheer weight of numbers of City’s attacking possibilities.

This is a side that is almost entirely unpredictable. It has so many arms that it is nearly impossible to shut down all the channels and be sure that you have nullified the threat. Manchester United this weekend will be the next side to take up the challenge and may have a little more in their arsenal than the majority of City’s opponents thus far in a 2017-2018 season littered with glittering successes.

Jose Mourinho’s infamous pragmatic approach will be set a real task: how to contain and then beat a multi-pronged attacking threat that just refuses to lie down and be subdued.

It is difficult to turn away from the feeling that, for both these clubs, this match represents something of a pivotal point in the season, if not in the wider scale of things, too. For City, mounting evidence that they are the Premier League’s best side and champions in waiting will be confirmed with a victory on the patch of their greatest rivals. Opening an 11-point lead at the beginning of December with an away win at the second-place side would underline that powerful dominance.

For Mourinho and United, it is perhaps even more critical. This is the Portuguese’s second season in charge at Old Trafford, traditionally one which bears fruit in his well-documented short cycles at the clubs he has served. Given that the third season of Mourinho often heralds downturn, disturbance and closure, this season would appear to be his big chance at Manchester United.

Further afield, a powerful City season also could have repercussions for an Arsenal side already in visible decline but also a Chelsea team perhaps coming to the end of the brief Antonio Conte era and even a Tottenham side that has begun to look more fragile and a little less likely in the past few weeks. A convincing City win at this stage, then, may rubber stamp their path to more than just this season’s Premier league title.

Mourinho also will be well aware that, in closing down City’s flying wide men and baulking some of the flow from their creative hub of D.Silva and De Bruyne, all the aforementioned “successful” clubs have been beaten. This outcome for United at the weekend will not be any kind of success. They must not only stem the league’s most potent creativity but also find a way to beat it.

That they must do this without game-changer Paul Pogba simply serves to make a tough ask even more tricky.

There can be no doubt that this weekend’s game is a pivotal moment in the season’s train of development. If United prevail, new doubts about City’s durability will surface. If City come out on top, we may be seeing the emergence of an unstoppable force beyond just the 2017-18 season.