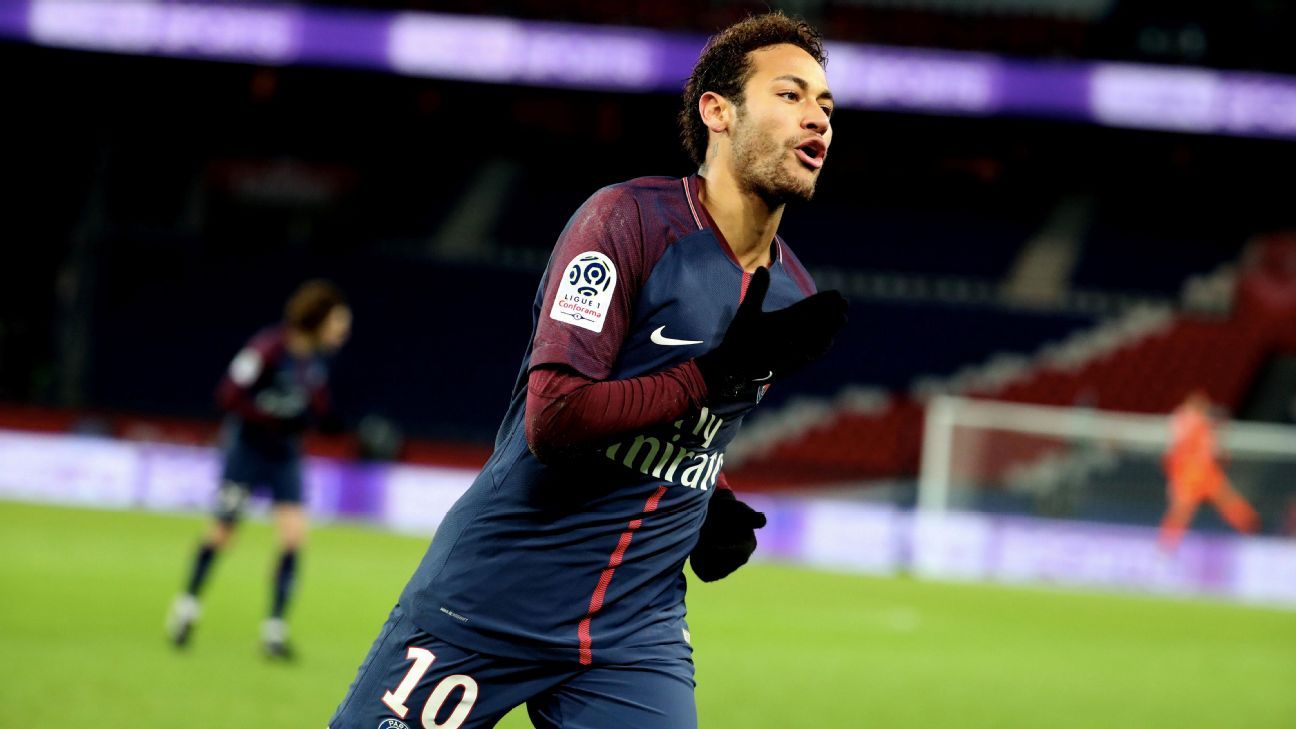 
PARIS — Paris Saint-Germain could find themselves without star man Neymar for the final match of 2017, at home to Caen in Ligue 1 on Wednesday, after the French capital outfit revealed that the Brazilian superstar is suffering from a virus.

Neymar and goalkeeper Alphonse Areola both missed training on Tuesday because of “viral symptoms,” according to PSG, but have still been named in coach Unai Emery’s 19-man squad to face the Normans.

The South American scored two goals and assisted two more in a 4-1 Ligue 1 victory away at Rennes last Saturday.

In better news for Les Parisiens, captain Thiago Silva is back from injury and left-back Layvin Kurzawa also returns after a few weeks out.

Lucas Moura makes another rare appearance in a match day group and possibly his last with the January transfer window about to open.

Adrien Rabiot remains sidelined as he recovers from injury but PSG clarified that he “kept on working on getting back to fitness.”

Emery was hopeful during his prematch news conference on Monday that the France international would be passed fit by the medical staff but it was ultimately not the case.

“We will wait to see how the final training session goes,” the Spaniard told journalists at Camp des Loges. “Dani [Alves], Presnel [Kimpembe] and Marco [Verratti] are all banned.

“There are still doubts about Thiago [Silva] and Adrien. The doctor thinks the latter will be available for Caen.

“We will decide whether or not to risk playing him or wait until after the winter break.”

As Emery mentioned, right-back Alves, midfielder Verratti and central defender Kimpembe are all suspended, so unavailable to the Basque tactician against Caen.

Despite the absences, youth academy graduate Alec Georgen remains in reserve, while Hatem Ben Arfa still does not get a look in with sporting director Antero Henrique hopeful of moving him on very soon.