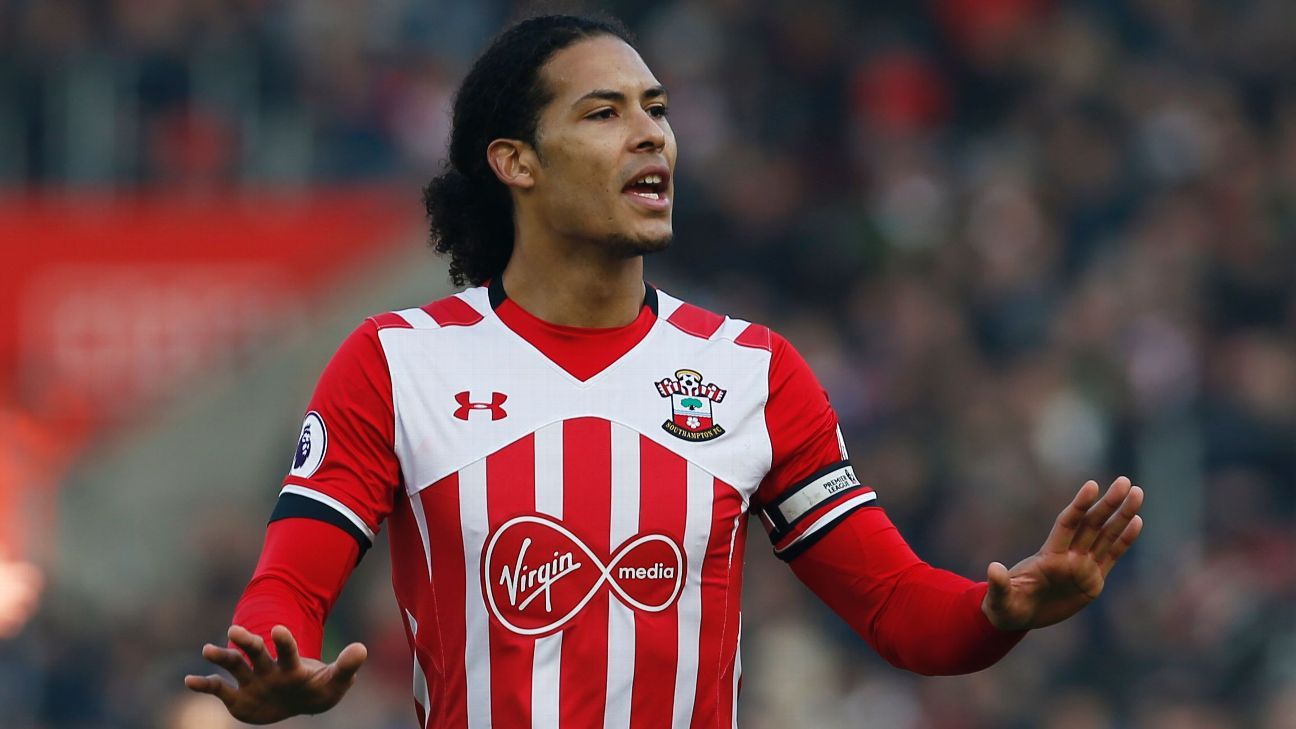 
A reunion that barely reunites anyone sounds an unsuccessful affair. As there are times when Liverpool’s scouting policy has seemed to consist of buying a season ticket at St Mary’s, Saturday’s game against Southampton ought to be a get-together of familiar faces. But injuries mean that Nathaniel Clyne will not feature and Adam Lallana and Sadio Mane might not. While former Liverpool defender Mauricio Pellegrino is now Southampton manager, Dejan Lovren could be the lone man actually playing against a former club.

And even he would have stood a lesser chance of starting had Virgil van Dijk become the latest to take the increasingly familiar path from the banks of the Solent to Merseyside. Instead, it is the reunion that isn’t. Van Dijk did not join Liverpool. He did not become the most expensive defender ever, as a mooted price of at least £60 million would have made him.

He submitted a transfer request. Liverpool had already submitted an apology after Southampton alleged they had tapped up the Dutchman. Van Dijk apparently met Jurgen Klopp in Blackpool, a favourite holiday destination of Bill Shankly’s but a place the Reds have only needed to visit once for footballing reasons — a 2-1 defeat in 2011 — in 47 years.

So this promises to be an awkward occasion for suitor and the object of their affections alike, a chance for each to see what they could have had. Because, three months into the season, it is hard to see that anyone has benefited from Southampton’s refusal to sell: not the Saints, even though they have a fine defensive record; nor Liverpool, who certainly do not; and not Van Dijk, who seems a man in limbo.

This is not a repeat of Mane’s move, a deal that benefited Liverpool and a player who took his game to another level, but cost Southampton, who lost incision and excitement with his departure. Nor is it a sequel of Lovren’s departure, when Southampton banked £20m and posted a significantly better defensive record in the first season after the Croatian’s exit.

Instead, Liverpool have the sixth-worst defensive record in the division. They have kept clean sheets of late but against unambitious opponents, in Maribor and Huddersfield. They have also let in three goals to Watford, four to Tottenham and five to Manchester City. The manner has been as dispiriting as the numbers and if the structural failings and set-piece difficulties mean it is simplistic to suggest one player would have been a panacea for all their problems, it is evident Liverpool required a top-class centre-back more than, say, Alex Oxlade-Chamberlain. The 4-1 evisceration by Spurs is the sort of result that could ultimately cost Liverpool a top-four finish.

Lovren’s harrowing afternoon at Wembley, where he was substituted after half an hour after having been directly at fault for two Spurs goals, represented the nadir, but it was far from the only issue. Ragnar Klavan was little better in the 5-0 thrashing at City. The left half of defence, usually staffed by Lovren and Alberto Moreno, is a weak link. It has not helped that Lovren has been playing in pain, nor that Klopp’s tactics, with a high defensive line and full-backs who double up as wingers, mean his centre-backs have to be able to defend one on one. Van Dijk allies the speed to cope with presence and conviction, two things Lovren sometimes lacks. At his best, he exerts a magnetic effect on the ball.

Not that Southampton have seen Van Dijk at his commanding, confident best. They have conceded every 75 minutes with him on the pitch, and every 107 without him. He gave away a penalty in the defeat at Stoke. He has been a complication when Pellegrino perhaps wanted to move on. The £15m summer signing Wesley Hoedt has been dropped to make way for Van Dijk; so, too, the in-form Maya Yoshida, the other half of the potential partnership of the future.

He is a superior player to either but Southampton do not need a £60m centre-back. A side with nine goals in 11 league games require more firepower and a greater threat in the final third. A team who have failed to score six times already this season over all competitions perhaps could have profited from investing a windfall in a striker and a creator.

It is understandable if Van Dijk saw the precedents and assumed Southampton would cash in on him, just as it is logical that Saints wanted to shed their image as a selling club. But that is easier said than done, and they perhaps picked the wrong player. Van Dijk is 26; his value may soon decrease if they do not sell, while Southampton have slipped down the standings with him. If keeping him was a statement of ambition, the league table makes a different kind of declaration.

But buying him would have remedied a weakness at Anfield and enhanced their chances of making Champions League qualification an annual event. Liverpool have had cause to rue the ones who got away before. They have had seasons that were defined by players they lost, whether it be Xabi Alonso in 2009-10 or Luis Suarez in 2014-15, but rarely by one they never signed to begin with. But that is the worst-case scenario. This could be remembered as Van Dijk’s year at Anfield. Just not in the way Liverpool envisaged.