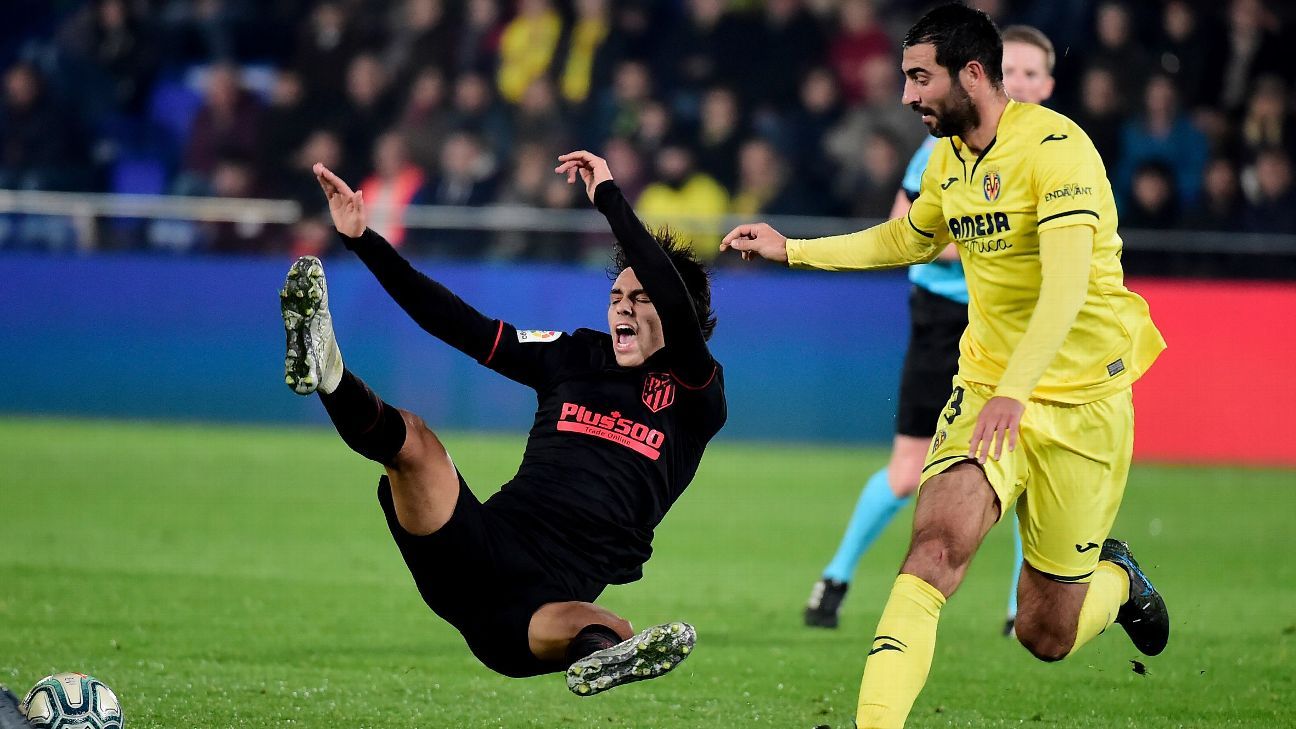 Atletico Madrid’s problems deepened as they were held to a 0-0 draw at Villarreal in La Liga on Friday, stretching their winless run to four games in all competitions and further denting their fading hopes of getting back in the title race.

Atleti’s €126 million ($138.88 million) signing Joao Felix failed to convert any of his six chances, including a glaring miss in the first half where he appeared unmarked in the box but somehow sent the ball over the bar from close range.

Villarreal played the more exciting football and also had several chances to break the deadlock, the best of which fell to Samuel Chukwueze who missed the target from inside the area.

The clash had been pencilled in as the first La Liga game to take place in the United States but was instead played at Villarreal’s home after the league’s organising body lost a legal battle with the Spanish soccer federation.

Atletico, who have failed to win at Villarreal since April 2015, are sixth in the table on 26 points from 16 games, five behind Liga leaders Barcelona who have two games in hand.

Villarreal, without a win in six league games, are 12th on 19 points.