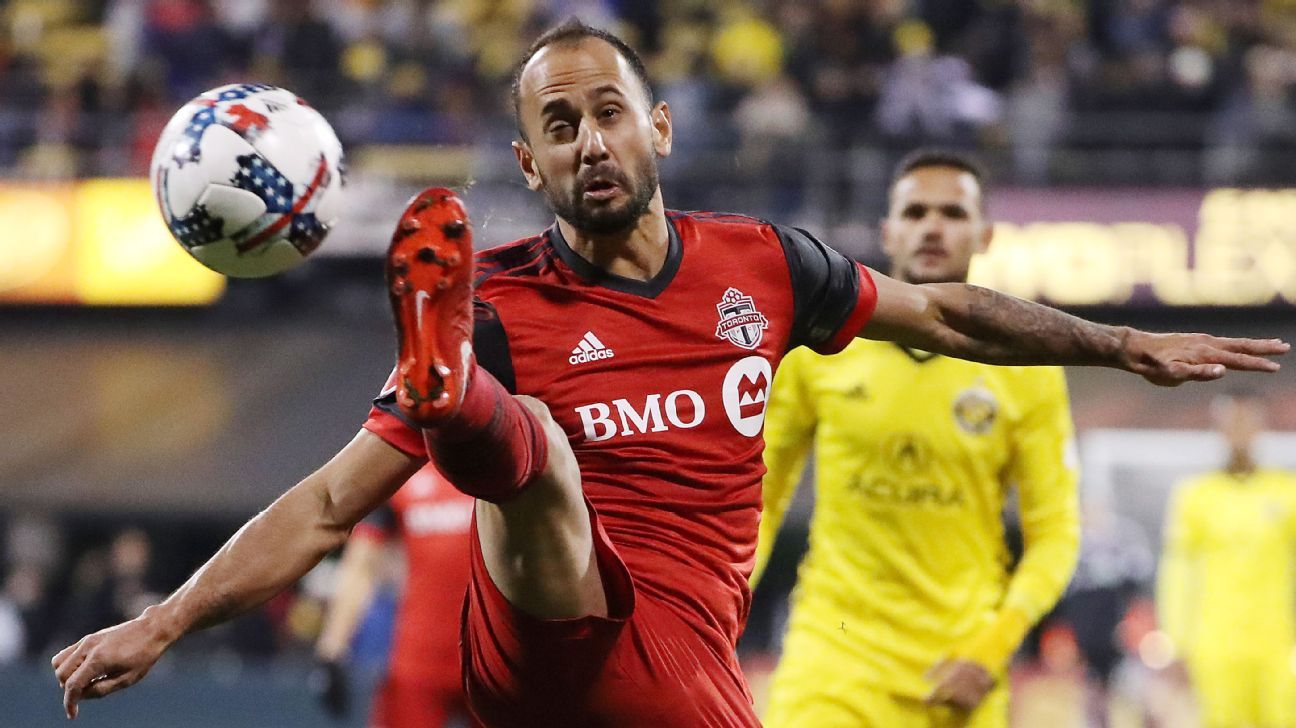 
Coming into Tuesday’s Eastern Conference final first leg between Columbus Crew SC and Toronto FC, there was considerable focus on just how well Victor Vazquez would lead the Toronto attack in the absence of the suspended Jozy Altidore and Sebastian Giovinco.

Of course, such speculation could easily have been moot had Vazquez received the yellow card he probably deserved for his part in Toronto’s collective loss of cool against the New York Red Bulls in their semifinal second leg. But as it was, he kicked off the game against Columbus and proceeded to do not much else but send a vaguely threatening free kick whistling past Zack Steffen’s post.

It’s not that Vazquez played particularly poorly, but he’s not so much of a Giovinco — liable to turn a game on its head with a moment of individual genius — as he is a catalyst for those around him. Indeed, he’s a player who Sacha Kljestan warned his teammates against as “Toronto’s X-factor, the player who’s pushed them over the edge this year.”

But for Vazquez to have a truly galvanic effect, the parts around him need to work well with him. And for much of Tuesday’s game, his striking foil Tosaint Ricketts looked like exactly what he is: a great speedy option to come off the bench to run behind tiring defenses, but a rather one-dimensional weapon when teams drop deep, as the Crew tended to do when off the ball.

And Vazquez really needed more support from his full-backs too, particularly the intermittently threatening Justin Morrow. Morrow, however, looked more preoccupied with his conservative duties tracking Harrison Afful or Pedro Santos than in trying to create overloads. As a result, the Crew’s midfield had plenty of personnel to keep Vazquez’s attacking contributions to a manageable minimum.

Columbus couldn’t nullify Vazquez entirely, however, and its task will be several orders of magnitude harder next week. Not only will there be more space on the huge BMO Field, but Giovinco and Altidore will be stretching play and markers to create all sorts of space for the types of secondary runs that were all too prominent on the radar in the first leg.

Even if you choose to believe that the combination of a 16-day break after the conference semifinals followed by a suspension for the first leg of the final is more likely to have Giovinco and Altidore rusty than rested, just their presence on the field will increase the exponential threat of Vazquez.

And there was further good news in the area where Vazquez does most of his work, when Crew SC’s Artur earned himself a suspension for the return leg. In the unbeaten run Columbus went on to finish the season and roll into the playoffs, Artur had played himself into being a pivotal member of the Crew’s midfield both in breaking up opposition attacks and in coordinating transitions.

Artur’s loss is a severe blow for Gregg Berhalter, who almost came unstuck when he replaced the Sao Paulo loanee with Mohammed Abu for the second leg against New York City FC. Columbus, remember, was within a goal of blowing its 4-1 first-leg lead, and Abu had a particularly rough time being passed through by the NYCFC midfield. With Vazquez able to concentrate more on doing damage from the area Abu is patrolling next week, he’ll be noting that game footage from New York with some interest.

He’s too good a player not to review Tuesday’s footage with the same critical eye, however. Mitigating circumstances or not, Vazquez has led the line with more effectiveness and efficiency this season than he managed to in Tuesday’s game; let’s not forget, for example, the brace Vazquez scored at BMO Field in Toronto’s 5-0 demolition of Columbus back in May, when both Giovinco and Altidore also were out. That scoreline might be an aberration in the wake of the rest of Crew SC’s season, but it also served as a reasonable benchmark of what Vazquez is capable of.

He didn’t reach that standard on Tuesday, but his opponents didn’t reach theirs, either. It’s unlikely his form will be that forgiving again. Vazquez might be slightly back in the shadows next week, but Crew SC cannot afford to lose sight of him — because that’s where he strikes from.