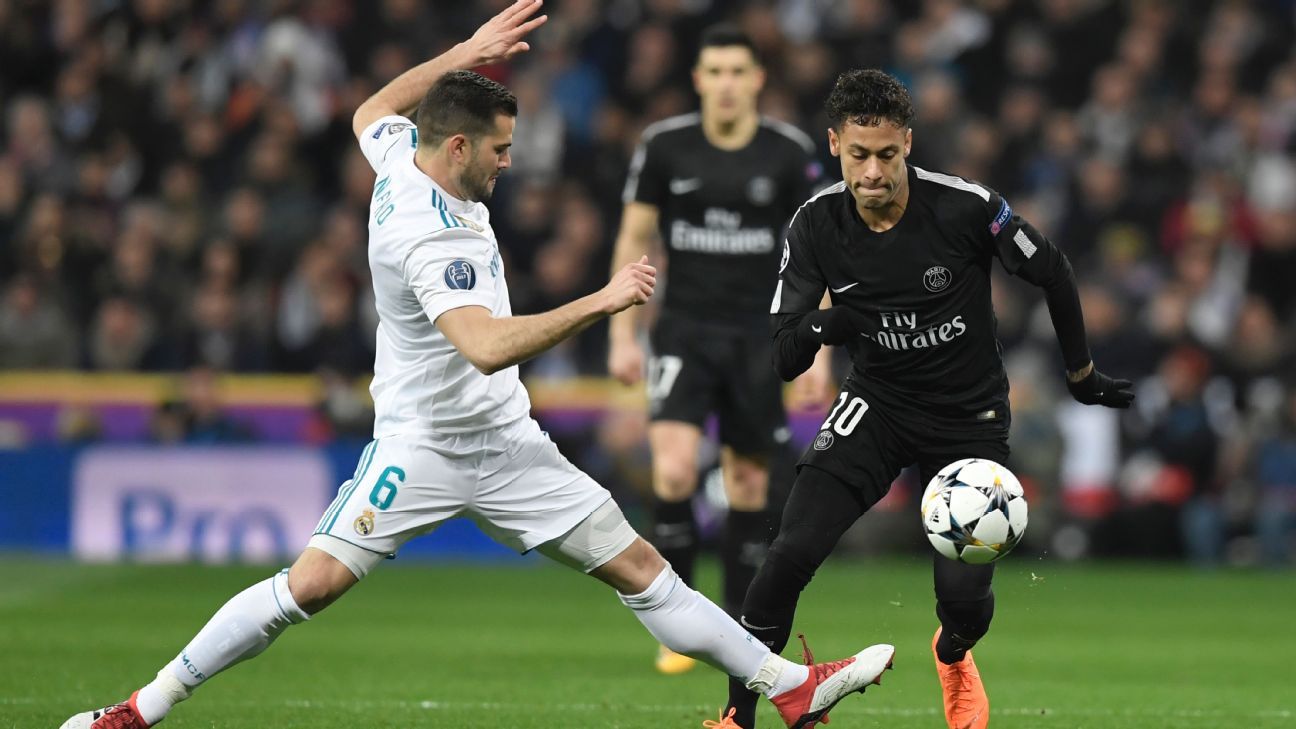 
Real Madrid will face Paris Saint-Germain, while defending champions Liverpool have been paired with Napoli, Salzburg and Genk in the Champions League group stage this season.

Thirteen-time champions Madrid eliminated the Parisians in the round of 16 in the 2017-18 edition of the competition and have been linked to PSG’s biggest stars — Neymar and Kylian Mbappe — in recent years.

Madrid and PSG are joined in Group A by Club Brugge and Galatasaray. The previous two times Los Blancos were placed in the group — in 2002 and 2016 — they won the competition.

“We are talking about the Champions League, all the games are always very tough. PSG are obviously a very tough opponent, but also Bruges and Galatasaray are very tough in their own stadiums with their own fans. We must be at our best level to qualify,” said Madrid director of institutional relations Emilio Butragueno after Thursday’s draw.

“Almost every year we play PSG, they are a very powerful team. These games bring you huge motivation as they are among the biggest these days. It will be difficult, but these are the demands of the competition.”

Liverpool, who were drawn in Group E, were matched with Napoli at the same stage last season, with the teams splitting 1-0 victories at home.

Barcelona, who have won the competition five times, will have to navigate a Group E consisting of Borussia Dortmund, Inter Milan and Slavia Prague.

Familiar foes Juventus and Atletico Madrid join Bayer Leverkusen and Lokomotiv Moscow in Group D. The Serie A champs eliminated Diego Simeone’s side in the round of 16 last season when Cristiano Ronaldo’s second-leg hat trick overturned a 2-0 deficit to send the Italian champions through.

“Atletico are a very good team, as we all know, with a very good coach. I played against them many times for Real Madrid; tough games. I just hope they do not again attack me again in the stadium, calling me anti-sporting names. Playing Atletico again is tough, but that’s how it goes. But the other two teams in the group are tough too,” Ronaldo told Movistar TV.

Ajax made an unexpected run to the semifinals last year, but had to go through qualifying to reach the group stage. The Dutch club was drawn with Chelsea, which qualified as Europa League champion, Valencia and Lille in Group H.

Premier League title-holders Manchester City were placed in Group C, which does not include a former champion.

The final is at Istanbul’s Atatürk Olympic Stadium on May 30.