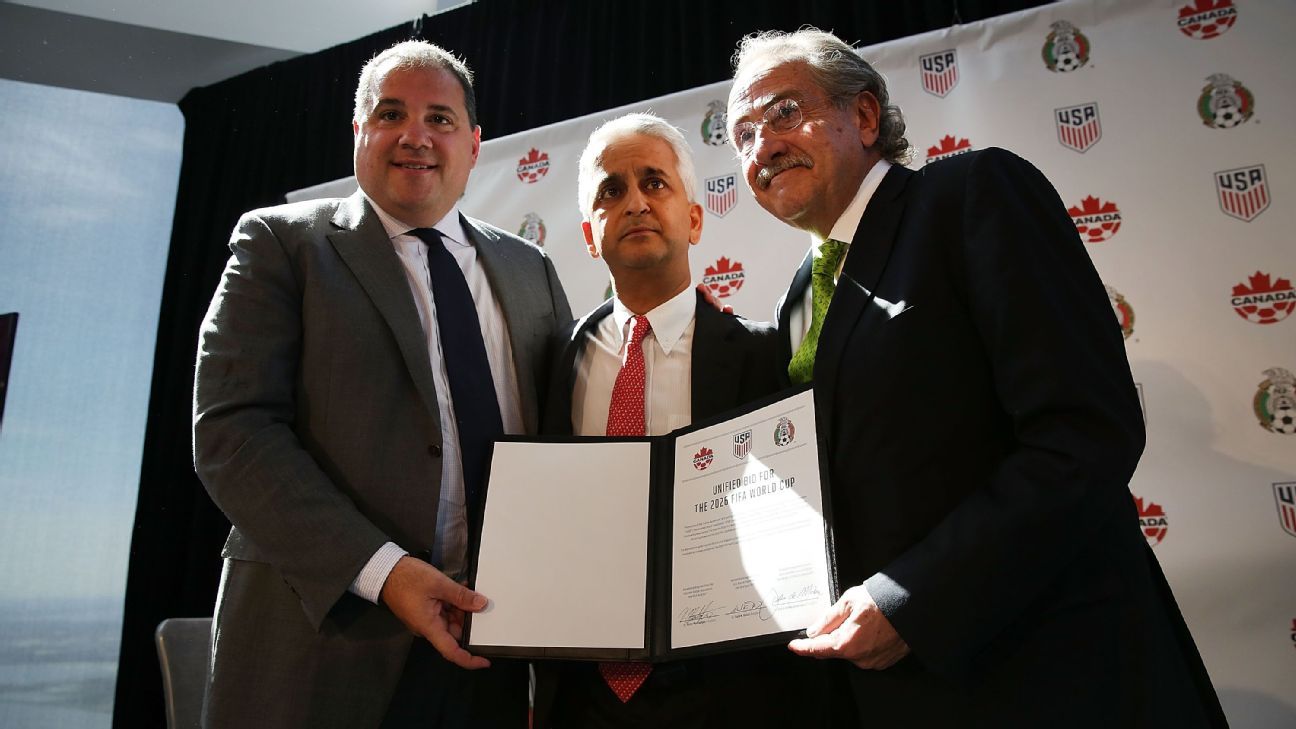 Gulati was in charge of the United States’ failed bid to acquire the rights to the 2022 World Cup, which saw the U.S. lose out Qatar. The process was littered with allegations of corruption, including bribery.

Among the changes that FIFA has put in place is that a public vote of the entire FIFA membership will decide who will host the tournament, as opposed to the last time, when the 24-person executive committee made the decision via secret ballot. An outside law firm has been engaged to monitor compliance.

“The rules are very, very different in terms of travel, in terms of when you have to report meetings, a public vote,” Gulati said following a presentation by the United Bid Committee. “All those rules are very, very different. The rules, as far as I’m concerned, weren’t strong enough the last time, so the gray zone was far too big, as was proven in the Garcia report. A lot of things happened, but none of those disqualified anybody.

United Bid Committee executive director John Kristich, who also worked on the U.S. bid for the 2022 World Cup, echoed Gulati’s sentiments. Kristich recently returned from a two-day meeting in Zurich where he liked what he saw in terms of the compliance measures in place.

“FIFA knows the spotlight is shining very, very bright and this is something that the FIFA president is going to be judged on every step of the way,” said Kristich. “Based on the way the administration managed the meetings this past week, and the fact that you’ve got an independent compliance agency there every step of the way, I feel much better about where we’re at for this process going forward than I did the last one.”

Kristich added that a FIFA delegation will visit North America on a technical tour in April.

There has been some grumbling within Mexico and Canada circles that the U.S. will host 60 of the 80 matches while Mexico and Canada will host 10 each. Mexico Football Federation president Decio de Maria joked: “Thirty seconds after I said [Mexico] would get 10 games, my mother was very famous.”

But de Maria explained that Mexico didn’t have enough stadiums that were big enough to hold games.

“We are not going to start building stadiums over [50,000] people just to have a party in 2026,” De Maria said. “The money that will come from society is best spent on other things than building stadiums.

“For many reasons, I’m very OK with myself and the decision. If we get blessing from FIFA to organize this, at end of the World Cup in ’26, some people in the street will be saying bad words to me, saying, ‘Why 10 [games]?’, but they’re going to be 95 percent will be saying ‘thanks’ for having a third World Cup in Mexico, the joy and showing the world that we can do it together…But the number 10 will follow me around for the rest of my life.”

Gulati added that the bid wanted to avoid having stadiums be built and then not used properly afterwards.

“I think the decision was a practical decision on the infrastructure that exists,” he said.