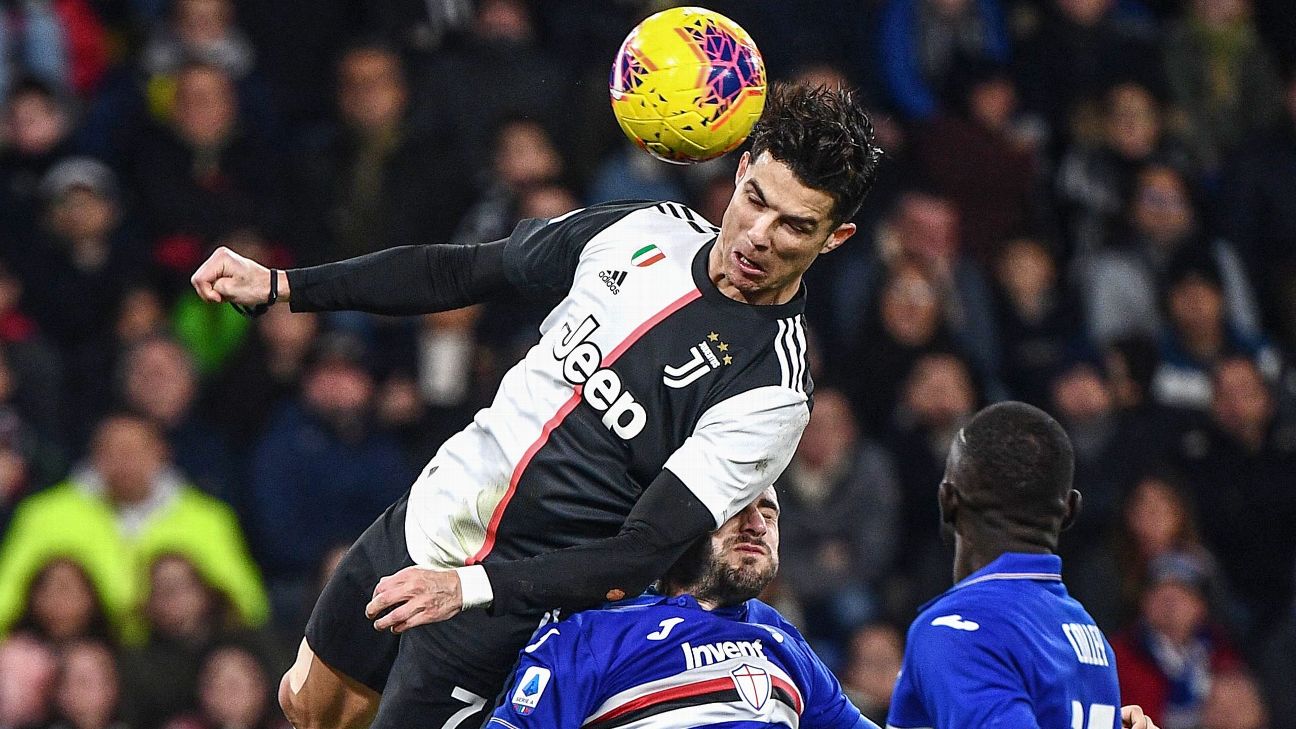 It looks increasingly likely that Cristiano Ronaldo will leave Italy when the season comes to an end, or if the coronavirus pandemic brings the season to a premature conclusion, and Marca is suggesting that there are only two likely options for CR7.

They believe that if the Portugal captain decides to leave Juve as expected, he will only have the pick of former club Manchester United or Paris Saint-Germain.

Ronaldo is still idolised for his achievements at Old Trafford between 2003 and 2009, while PSG are one of the few clubs to be able to afford him. And if they lose one or both of Kylian Mbappe and Neymar, they’ll be in the market for a big name.

Real Madrid could possibly afford Ronaldo’s wages to bring him back to the Bernabeu, but they’ve already moved on and are looking at other alternatives.

All of which points to a return to Manchester, or a trip to Paris.

Race for Sancho down to two: United and Chelsea

The Mirror is reporting that Liverpool are no longer in contention for Jadon Sancho, which leaves Manchester United and Chelsea free to duke it out for the youngster’s signature.

Borussia Dortmund are said to be banking on a bidding war for the winger, but realistically their price tag of £100 million has scared off some would-be suitors, and it would appear as though only United and Chelsea are prepared to get anywhere near the astronomical amount. Liverpool have now tied down their triumvirate of Sadio Mane, Roberto Firmino and Mohamed Salah to long-term deals, and so are no longer interested.

United have been in touch with the player’s agent but as yet haven’t submitted a formal bid for the 20-year-old. Chelsea have also opened communications with Sancho’s representatives, but neither club are willing to pay the full asking price.

Both United and Chelsea will be hoping the increasingly volatile market will help to drive down the player’s price.

Expect this to run and run.

Juve and Inter to battle it out for Milinkovic-Savic

Serie A title rivals Juventus and Inter Milan are both looking at fellow league hopefuls Lazio and in particular, midfielder Sergej Milinkovic-Savic, according to Calciomercato.

Milinkovic-Savic has been having a fine season for Lazio after having scored five goals and contributing seven assists in 31 matches, and his form has not gone unnoticed. The only problem is that Lazio value their man at over £100m, which has already scared off the likes of Manchester United and Barcelona.

And should Lazio win Serie A if and when the league restarts, expect that price tag to rise. Manchester United could use Paul Pogba as a makeweight in any potential deal, though it’s unlikely the Frenchman will join Lazio ahead of Real Madrid. Paris Saint-Germain could afford him and have been linked to the player in the past, but it is believed that the Serb would prefer to stay in Italy.

– James Rodriguez is on borrowed time at Real Madrid with Arsenal, Everton and Wolverhampton Wanderers said to be interested, according to Marca. Everton could lead the way given Carlo Ancelotti’s relationship with Colombia star Rodriguez during their time together at Real Madrid. However, Arsenal have been long-term admirers of Rodriguez, while Wolves could bank on Jorge Mendes’s relationship with the 28-year-old.

– Juventus lead the way for resigning Marcelo, though the Brazilian could opt for a move to MLS, reports Le10sport. Marcelo’s future at Real Madrid looks uncertain thanks largely to the emergence of Ferland Mendy. Mendy has been ever-present this season and Zinedine Zidane is also said to be considering further strengthening the left-back position, and so Marcelo is considering his options.