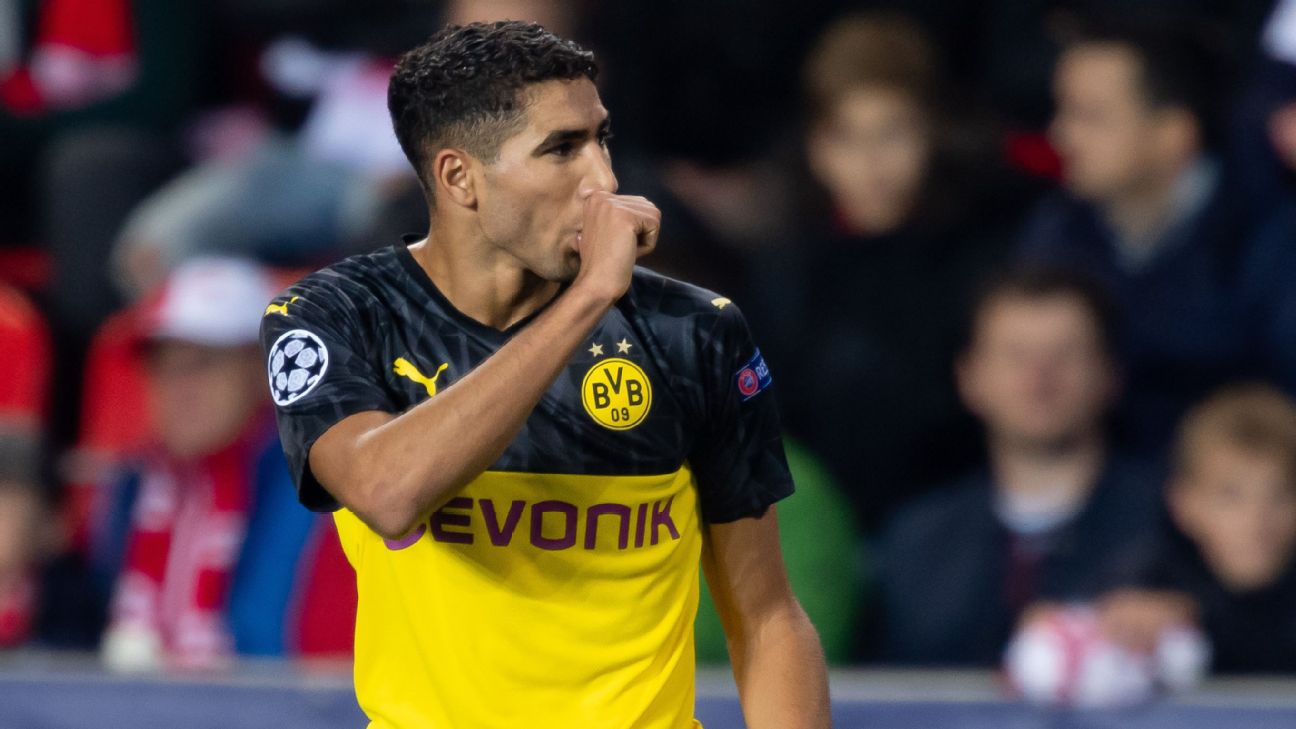 Chelsea have made an approach to sign Real Madrid youngster Achraf Hakimi, the Mirror reports.

The full-back has been on loan with German juggernauts Borussia Dortmund so far this season, but now Chelsea have asked Madrid about what his current situation is. The 21-year-old has been a standout name during the Bundesliga campaign, living up to the reputation that preceded him ahead of the move.

Real could be planning to feature Hakimi heavily in their own first-team picture in the 2020-21 season, but the Blues have still made their intentions known, with Madrid confirming they would not be making any decisions until the season is wrapped up.

Real Madrid have made Erling Haaland their top priority in the summer transfer window, ahead of Sadio Mane, the Express reports.

Zinedine Zidane was said to be drawing up a list of top stars that he wanted to go after once the transfer market was finally open for business. A few names had been thrown around, with Liverpool’s Mane and Borussia Dortmund’s Haaland being two of the biggest.

The belief is that Haaland will be the main man Real put their resources into, with Dortmund valuing him at around £50 million following his sensational start to life in Germany since the beginning of the year.

A potential move from Juventus for Paris Saint-Germain star Angel Di Maria might no longer be on the cards, Calciomercato reports.

The former Manchester United star has been heavily linked with the Italian champions in the past, even when Cristiano Ronaldo was on the verge of completing his move to Turin. One of the biggest question marks has always been his age, with Juve wondering whether the 32-year-old would be worth the investment.

With PSG not yet offering Di Maria a new deal, he could be available on a free transfer in summer 2021, but it doesn’t seem Juventus will be one of the interested parties.

– Everton are set to wait on a decision regarding the upcoming transfer window prior to making a move for Lille star Gabriel Magalhaes, the Liverpool Echo reports. The Toffees are known to be big fans of the 22-year-old defender, but given the ongoing coronavirus outbreak, they’re finding it difficult to put concrete plans in place heading into the summer.

– The future of Sevilla forward Nolito continues to be a source of uncertainty, Marca reports. The veteran striker has been in Seville since 2017, arriving from Premier League champions Manchester City. His current deal is set to expire on June 30, with the expectation that he’ll move on to pastures new. However, while Sevilla have yet to offer him a new deal, the logistics of when the season will come to an end could cause a twist in the tale.

– Italian giants Lazio could be interested in making a move for Chelsea star Pedro during the summer transfer window, Gazzetta dello Sport reports. It comes in the wake of news that the title challengers are also tipped to go after the signing of Blues forward Olivier Giroud, with both of their respective contracts set to come to an end in the next few months.

La Liga given green light to restart on June 8 by Spanish prime minister
Bundesliga weekend preview: Can Gladbach stay sharp as Bayern, Dortmund warm up for title-decider?
How one text message began a downward spiral for a ‘billion-dollar’ footballer
USMNT hopeful Gio Reyna back for Dortmund, Favre admits return a ‘danger’
Ex Liverpool star Can would never play for Man United