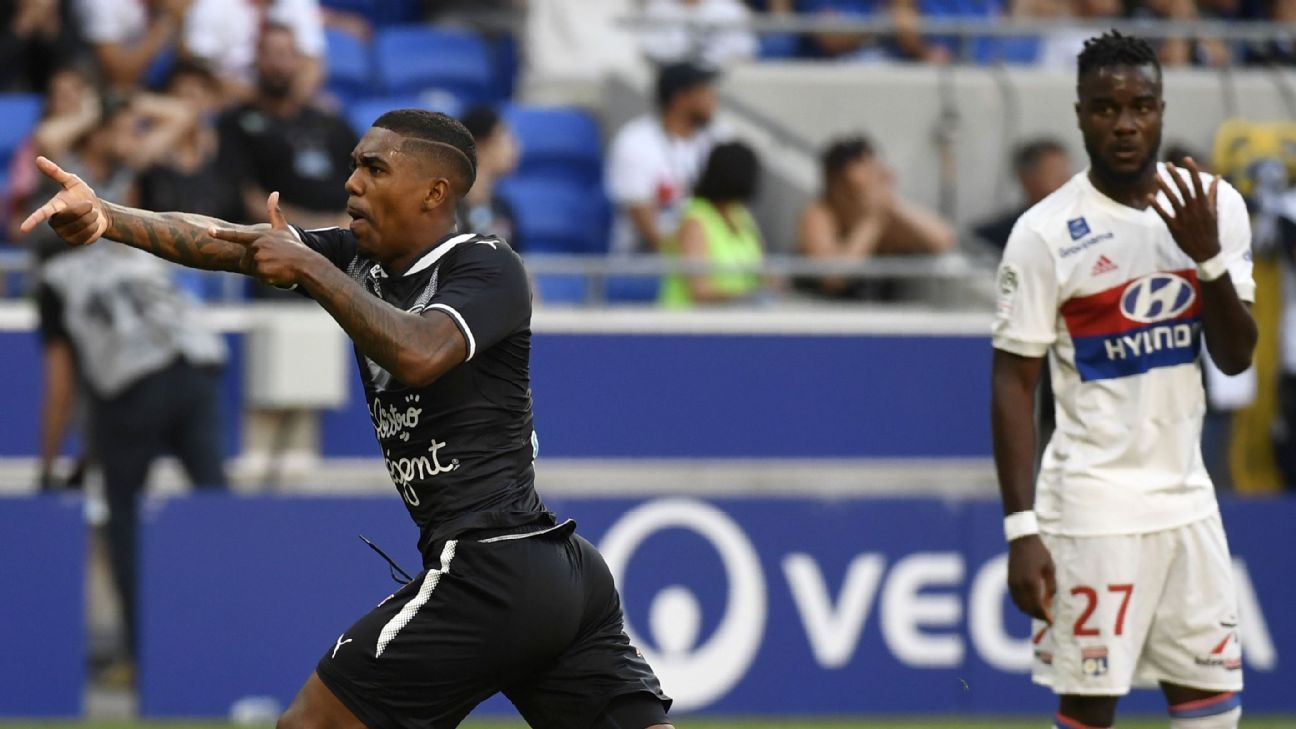 The Watford striker is a top Everton transfer target for Sam Allardyce in January, according to ESPN FC sources. The Merseyside club are in desperate need for a striker after failing to properly replace Romelu Lukaku, who left for Manchester United in the summer. Everton director of football Steve Walsh is also known to be a fan of Deeney, having tried to sign the 29-year-old while he was working at Leicester City. With Andre Gray having started more games this season, the Watford captain may be keen on a move away from Vicarage Road.

Liverpool were linked with a move for Malcom earlier this year, with the Bordeaux man saying back in February he was only thinking of his current club. With Philippe Coutinho still subject interest from Barcelona, the 20-year-old could be the perfect replacement for his Brazilian compatriot should Liverpool’s No. 10 leave in January. Malcom has been in impressive form this season too, with seven goals and four assists in 15 Ligue 1 starts.

Like Deeney, another Premier League striker bound to be unhappy with his lack of game time is Mitrovic. The Newcastle United forward is yet to start in the league this season, coming off the bench just five times for a total of 87 minutes. It seems that Rafa Benitez doesn’t fancy him so a January move looks likely. Nieuwsblad claim the 23-year-old wants regular first-team football to get into Serbia’s World Cup squad next summer and is keen on a return to former club Anderlecht.

No Premier League side has conceded more goals this season than West Ham United, so it is no surprise that they are reportedly looking at defensive reinforcements. The Daily Mail claims Augsburg full-back Opare is on their radar, although he is also an Everton and Swansea City transfer target. The Ghana international is available for around £3 million as he is out of contract in the summer and unlikely to sign a new deal.

After impressing last summer at the Under-21 European Championships, Ceballos earned himself a move to Real Madrid. But the former Real Betis midfielder has struggled for game time at the Bernabeu and after featuring in just 11 of the Spanish champions’ 23 games this season, he sees his future elsewhere according to Calciomercato. That has reportedly alerted Tottenham Hotspur, who could be set to move for him when the transfer window opens.