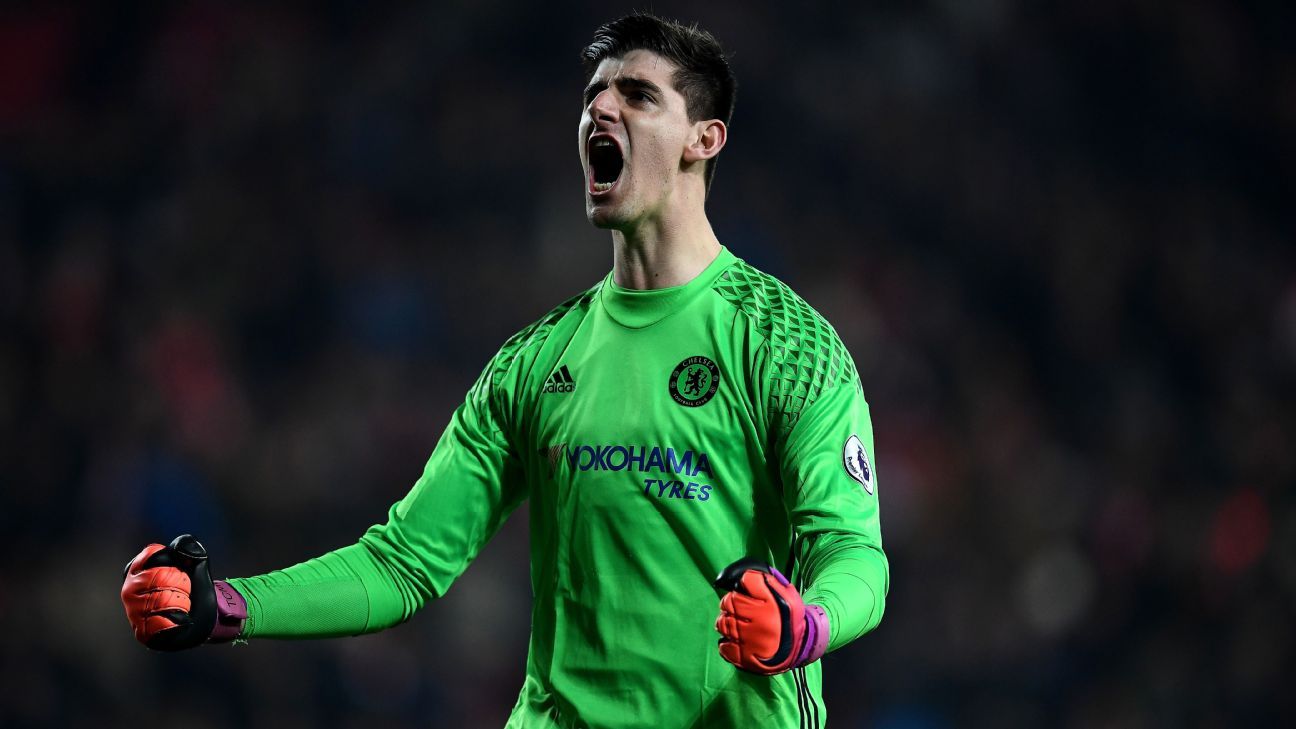 
Thibaut Courtois says he wants to resolve the uncertainty surrounding his future at Chelsea before the end of the season, but reiterated that being apart from his children is making him contemplate a move to Spain.

Real Madrid are reportedly long-term admirers of Courtois, who will enter the final year of his Chelsea contract next summer and has made no secret of his affection for Spanish life and culture, dating back to the three years he spent on loan with Atletico Madrid.

Speculation about a potential move to Madrid intensified last month when Courtois said he wanted to delay contract talks until nearer to the end of the season.

Further complicating the situation is that the Belgium international’s two children currently live with his ex-girlfriend in Madrid, severely limiting the amount of time he is able to spend with them during the English football season.

“It [my private situation] is not always easy, but I’d also seen this coming,” Courtois told VTM Stadion. “I knew that she [his former girlfriend] would return to Madrid, so that has its influence too. I love my children to death. When you miss them, you are sometimes wondering: shouldn’t I play in Spain in the next few years? That’s why I want to take my time to make a decision on that contract extension.”

Courtois denied, however, that his reported demands of a £200,000-a-week wage is the main reason why talks have been delayed.

“In the media they’re always talking about money,” he added. “I’m not denying that it plays a role, but everything has to be in its right place. If I sign a new contract, I will want to say to Chelsea: Look, I commit myself for an ‘X’ amount of years.

“I am happy here. I like playing for the club, I like London. My private situation is always gnawing a little bit, but for the rest I’m feeling very good at Chelsea. I don’t see any reason why I won’t sign a new deal. I just want to consider all options. Everything has to be right.

“It’s not the right moment to make hasty decisions. Not for Chelsea, not for me. Within a couple of months we will sit around the table again and talk openly. There’s no pressure, apart from the media. The club knows that too. Basically I want an agreement before the end of the season.”

Asked if he meant an agreement with Chelsea rather than another club, Courtois replied: “Normally with Chelsea.”