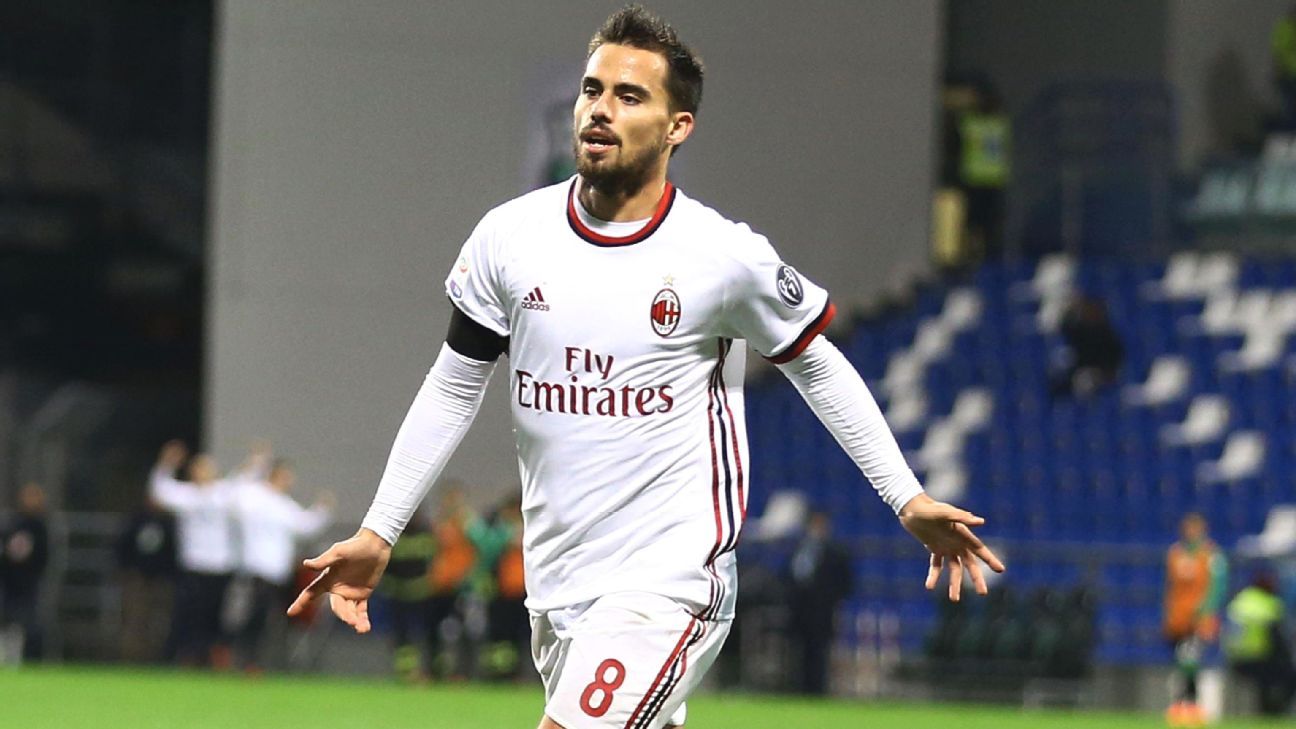 
It wasn’t always pretty, but AC Milan secured a 2-0 win over Sassuolo on Sunday night with goals from Alessio Romagnoli and Suso.

Much was made of this game and what it could mean for Vincenzo Montella’s future at the club given the poor start to the campaign, and so he will be delighted to see his players seal the victory ahead of the international break.

Milan visibly grew in confidence after going ahead, and they looked more composed and settled on the ball, particularly in the second half. With the pressure starting to lift off their shoulders, they expressed themselves more and have to hope that this can be the start of a resurgence.

Ultimately, the opening half-hour was poor and, against a better side, it could have proved costly. There still was too much sloppiness in the performance, and with Napoli to come after the break, there is plenty to be worked on to ensure this is a turning point rather than just a temporary boost.

6 — It is still hard to agree with Montella’s selections at times, especially the decision to leave Andre Silva on the bench. Nevertheless, his tactics worked well to nullify Sassuolo’s threat for the most part and it set the game up for Milan to go out and win, much to his relief given the recent speculation.

GK Gianluigi Donnarumma, 6 — Made a key save in the first half and had to deal with numerous deliveries into the box. However, he did so with minimal fuss to keep a deserved clean sheet.

DF Cristian Zapata, 6 — It was another steady performance aside from a couple of wobbles in possession. That’s now three consecutive outings where he’s looked a reliable option at the back.

DF Leonardo Bonucci, 7 — Much better from the captain, as he led the backline well and produced one moment of class in particular with a goal-saving tackle to deny Simone Missiroli. This is the standard and influence that we expected from Bonucci.

DF Alessio Romagnoli, 7 — Broke the deadlock at an important time for Milan, and was defensively sound again in an all-round impressive display. Staying fit and consistency are now the big challenges for him as he can easily establish himself as a stalwart in this side.

MF Davide Calabria, N/A — The youngster is having terrible luck with injuries, as he was forced off with an ankle problem in the early stages. It’s hoped it isn’t too serious as it just seems to be one setback after another for him this season.

MF Franck Kessie, 7 — A good performance as he showed patience and quality off the ball to add defensive coverage while also breaking forward with powerful runs from midfield to establish himself as a real driving force for Milan.

MF Riccardo Montolivo, 7 — A calming influence in midfield in a surprisingly decent display. Kept things simple, which can be interpreted as a positive or negative thing, but offered help defensively and kept Milan ticking. May struggle against the top teams though when the Rossoneri are under more pressure.

MF Fabio Borini, 7 — Would get full marks for effort, as the tireless utility man put in another brilliant shift. Runs his heart out for the team to make up for deficiencies in other areas of his game, and while some quality in the final third would be great, he’s bringing a lot to the team for now.

MF Suso, 8 — Constant problem for Sassuolo, as he was always looking for pockets of space to pick the ball up and drive at their defence. The Spaniard was Milan’s biggest threat throughout, and he produced a real moment of class as he lashed home his fifth Serie A goal of the season.

MF Hakan Calhanoglu, 5 — Still too sloppy at times and needs to match Suso in terms of creativity and making a difference in the attacking phase. Not ready to admit defeat in the hopes of him being a success at Milan, as there are glimpses of quality as seen with his assist, and he seemed more relaxed and less rushed when the pressure was off as the game went on.

FW Nikola Kalinic, 5 — Drew a great save from Andrea Consigli just before the first goal, but ultimately it was another disappointing outing overall for the striker. Didn’t offer enough movement and presence up top, although as has been the case in many recent games, Kalinic didn’t exactly have a great amount of service.

DF Ignazio Abate, 6 — Gave possession away carelessly on a number of occasions after coming on, but settled into the game and was a steady presence on the right flank to help Milan stay tight defensively.

MF Manuel Locatelli, 6 — Showed positive signs in a more attacking role and got about the pitch well in the closing stages to add energy and calmness to Milan’s play. It was a good way to bounce back after disappointing in midweek.

DF Luca Antonelli, N/A — Not enough time to have an impact on the game as he was merely introduced to offer Borini a rest and to provide more defensive coverage.