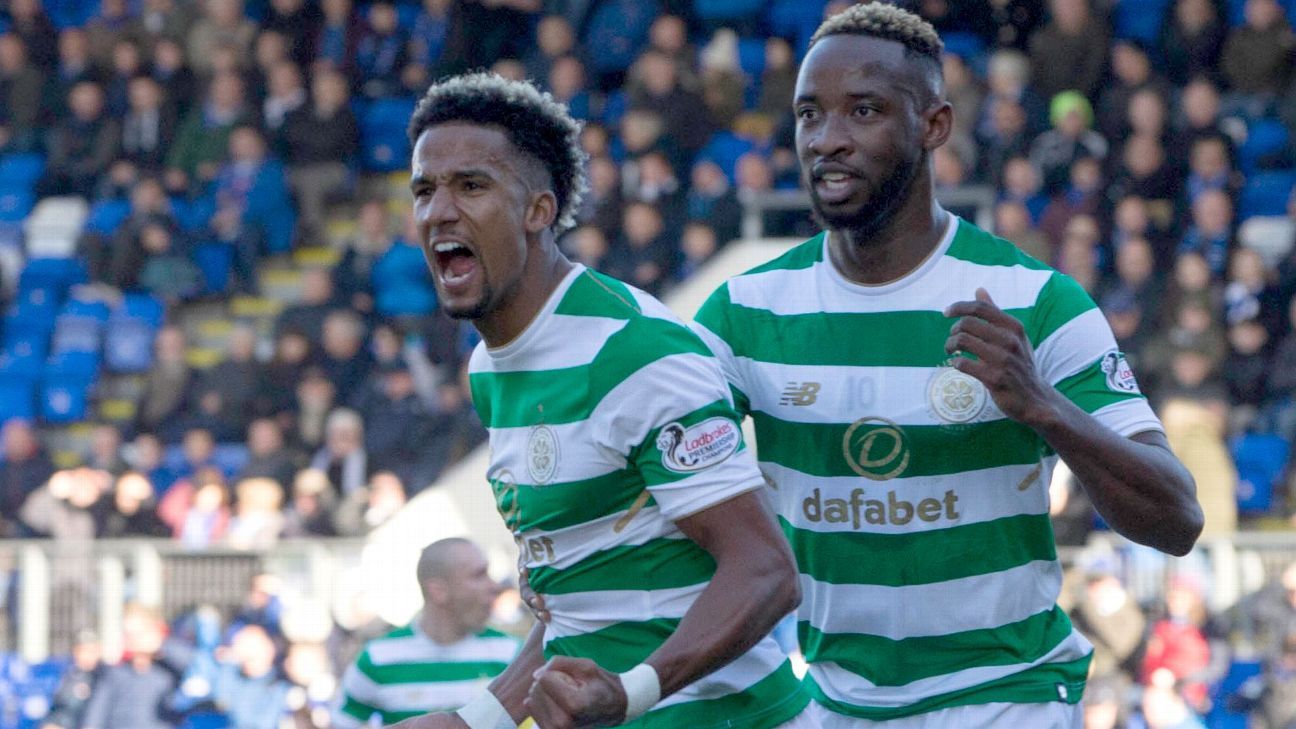 Celtic broke their own 100-year-old British record by stretching their unbeaten domestic run to 63 matches with a 4-0 victory over St Johnstone.

Scott Sinclair, Moussa Dembele and Olivier Ntcham were on target and Steven Anderson netted an own goal as Celtic strolled to three Premiership points at McDiarmid Park.

Saints were the last Scottish team to beat Celtic, on May 11, 2016, in Ronny Deila’s penultimate match in charge. But the Perth side had not scored in five matches before the visit of Brendan Rodgers’ men, who are a different proposition from the team managed by the Norwegian.

The victory was as one-sided a game as Celtic have enjoyed during an 18-month spell of invincibility in Scottish football.

St Johnstone were not helped by the absence of Brian Easton, Murray Davidson and Chris Millar through injury and Michael O’Halloran was only fit enough for the bench, coming on for pre-match doubt Stefan Scougall just before the hour mark.

Celtic named the same team that ran Bayern Munich close in a 2-1 Champions League defeat on Tuesday and there was little sign of fatigue.

James Forrest, Dembele, Callum McGregor and Sinclair saw shots held by Zander Clark as Celtic pushed their hosts back and Sinclair almost got in following a one-two with Dembele.

The breakthrough looked inevitable and it came from a 28th-minute corner. Stuart Armstrong delivered a low ball into the heart of the penalty box and Sinclair read his intentions before firing a first-time strike into the roof of the net from 12 yards out.

Armstrong and McGregor came close with curling efforts and Saints’ only first-half shot on target came from 35 yards out, Craig Gordon grasping Blair Alston’s free-kick after initially looking troubled by the bounce.

There was no let-up after the break. Clark spilled shots from Kieran Tierney and McGregor but managed to gather, Forrest threatened twice and substitute Tom Rogic had a shot saved before Dedryck Boyata’s header was cleared off the line by Aaron Comrie.

It was almost too easy for Celtic and they showed a bit of slackness to allow Richard Foster and Steven McLean decent openings, but they failed to make the most of them.

Celtic appeared to be stung into shifting gears and they did so quickly and effectively with two goals in three minutes.

Dembele put Saints on the back foot with a lovely flick to set Tierney racing down the left and the Frenchman was on hand to stab home after the overlapping Armstrong drove the ball across the six-yard box.

The striker then skipped past Comrie and aimed a cutback for Sinclair before seeing the ball hit off Anderson and trundle over the line as Celtic went three up with 15 minutes left.

And substitute Ntcham drove home from 20 yards in the 89th minute after a brilliant passing move to seal a record-breaking result.