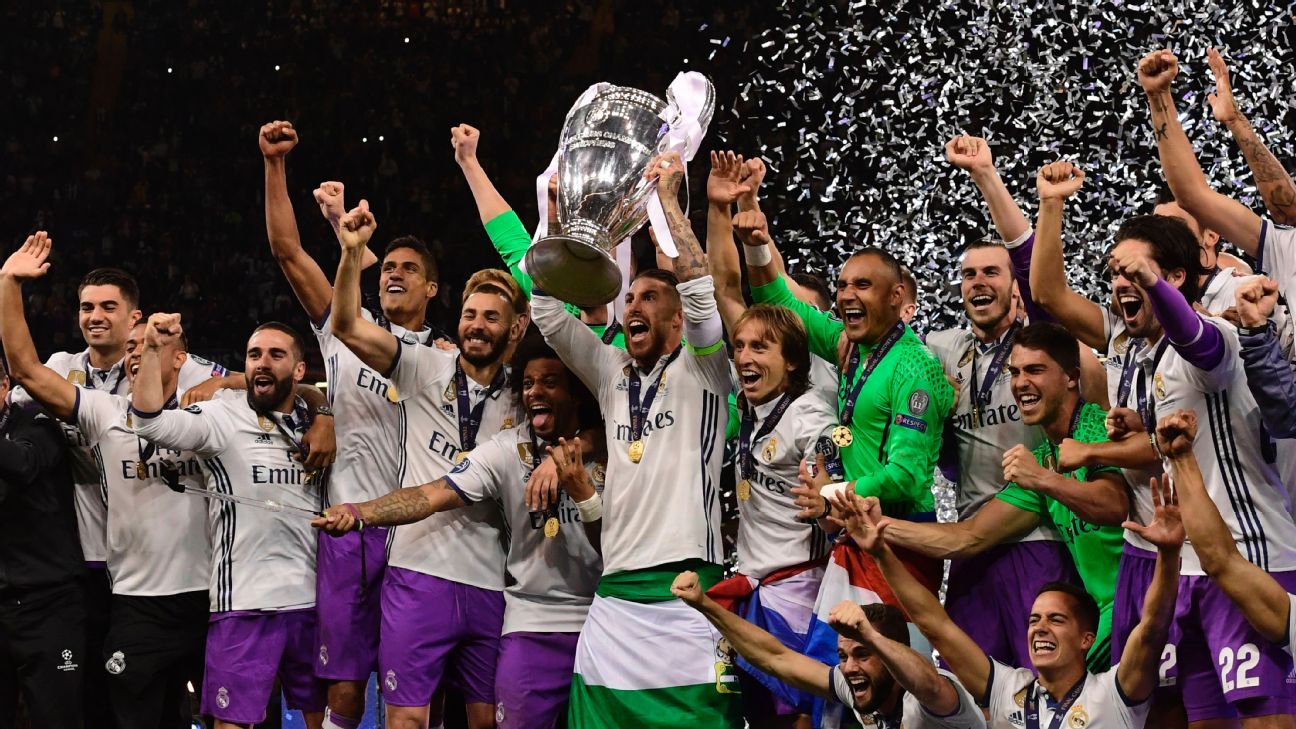 
The financial gap between Europe’s biggest clubs and the rest of the continent is increasing because of the growing impact of sponsorships, a UEFA study has revealed.

The overall picture was one of financial health for top-division clubs, with a year-on-year revenue growth of 9.5 percent for the 2016 fiscal year, up from 6 percent the previous two years. Clubs reported operating profits (before transfers) of €833m, the highest in history, despite wages growing at the fastest rate since 2010.

But depending on their size, clubs earned that new revenue in very different ways.

Europe’s biggest 12 clubs (England’s big six, Barcelona and Real Madrid, Bayern and Dortmund, PSG, Juventus) have sponsorship deals and commercial activities to thank for 55 percent of their revenue growth from 2010 to 2016, which is more than double the increase of all other top-division clubs combined.

Those clubs earned 19 percent of their growth from domestic TV deals, 13 percent from UEFA prize money and solidarity payments from their leagues and 10 percent from gate receipts.

Meanwhile, top-flight teams outside of the top 30 largest clubs in the top six television makets — England, Italy, Spain, Germany, France and Turkey — received a whopping 86 percent of their growth through domestic TV contracts, 11 percent from sponsors, and 3 percent from prize and solidarity payments.

Conversely, clubs outside of those markets relied on prize and solidarity payments for half of all revenue increases, with just 20 percent from domestic TV and 30 percent from sponsors.

The top 12 clubs’ revenue from sponsors and commercial revenues accounts for 40 percent of that of all 700-odd top-division European teams.

“Our analysis suggests that the polarisation of commercial and sponsor revenues between the top tier of clubs and the rest is set to continue,” the study said. “Only the largest clubs have the scope to take full advantage of the increasing international media profiles of the top leagues.”

Among UEFA’s other findings:

– Domestic television deals in the top six market countries generated 11 times the revenue of the other 48 nations combined.

– The 20 Premier League clubs reported more revenue in 2016 than the 597 top-flight clubs from the 48 smallest domestic leagues.

– Twenty-six leagues made a profit in 2016, up from only nine in 2011. UEFA attributed this increase to the introduction of financial fair play. Meanwhile, net debt has shrunk from 65 percent of revenue to 35 percent in that time.

– The Premier League’s €153.9m wage bill is more than double the next closest league (Bundesliga’s €75.3m) for the first time.

– Arsenal made the most money from gate receipts at €135m, ahead of Real Madrid and Man United. The Gunners also ranked highest in earning €97.8 per fan at the Emirates, when considering premium ticketing.

– The top 20 players now have more than 50 percent more Twitter followers than their clubs.

– For notable transfer-related results, including how much was spent after seasons began, click here.