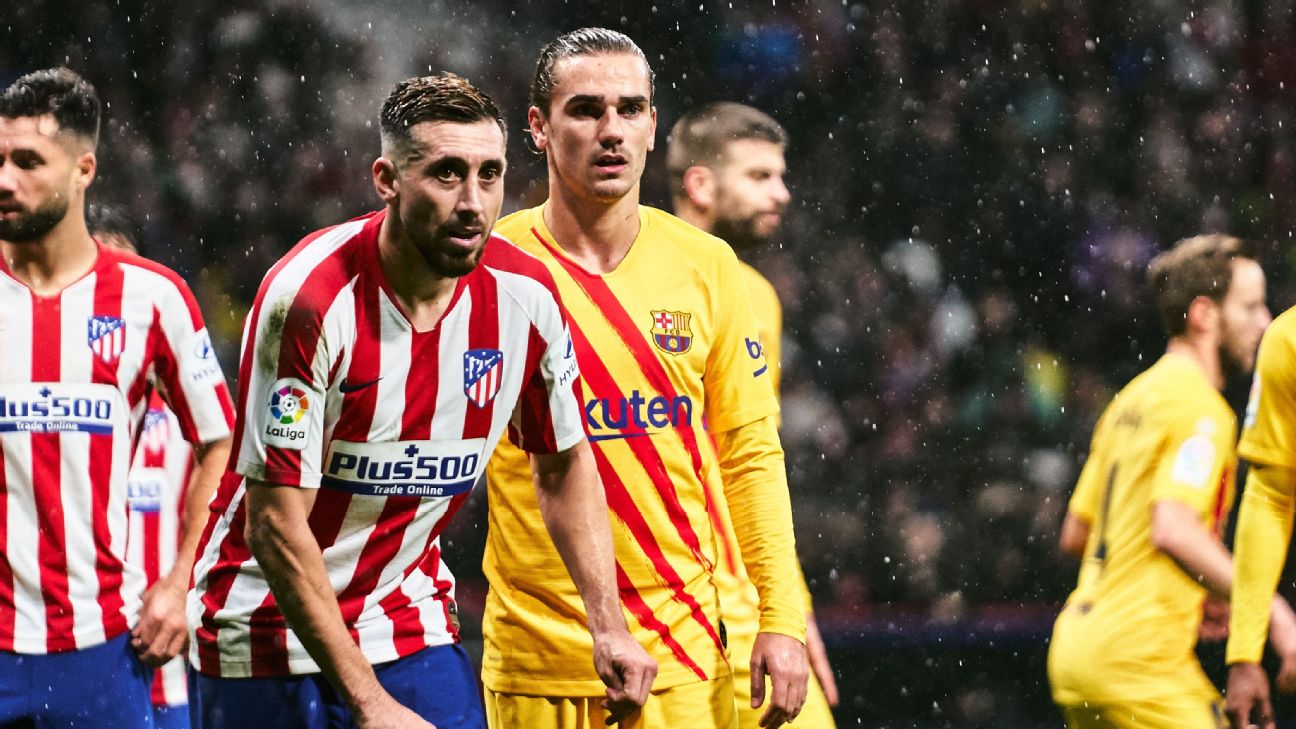 
The Royal Spanish Football Federation (RFEF) has notified the government’s Anti-Violence Commission and its own competition committee about the hostile chants directed at Barcelona’s Antoine Griezmann in Sunday’s La Liga game at the Wanda Metropolitano stadium, a source confirmed on Tuesday to ESPN FC.

As Griezmann warmed up on the pitch before his first game back at former club Atletico Madrid, a section of the home fans chanted “Griezmann die.”

An RFEF source told ESPN FC that a federation delegate wrote in his report that the chants were directed at the France international, as well as the objects that were thrown onto the pitch during the encounter. The reported incidents were then passed on to the competition committee and the Anti-Violence Commission.

The referee report did not include the chants against Griezmann but did mention that objects were thrown onto the pitch, including an umbrella that was hurled while Barcelona celebrated Lionel Messi‘s goal without impacting anyone.

Atletico could reportedly face as much as a €90,000 fine or a full stadium closure as punishment.

Griezmann’s move to Barcelona in the summer has been contentious with Atletico upset that the Catalan club started talks with the player while he was under contract with the Madrid club and without their permission. Barcelona were fined €300 by the Spanish Competition Committee for a breach of rules but absolved Griezmann of any responsibility.

Griezmann had publicly turned down a move to Barca in the summer of 2018 but only a year later left Atletico when the Catalan club paid his €120m release clause.

Griezmann’s plaque outside the Wanda Metropolitano stadium, in honour of him playing more than 100 games for the club, had toy rats left on it ahead of Sunday’s game.