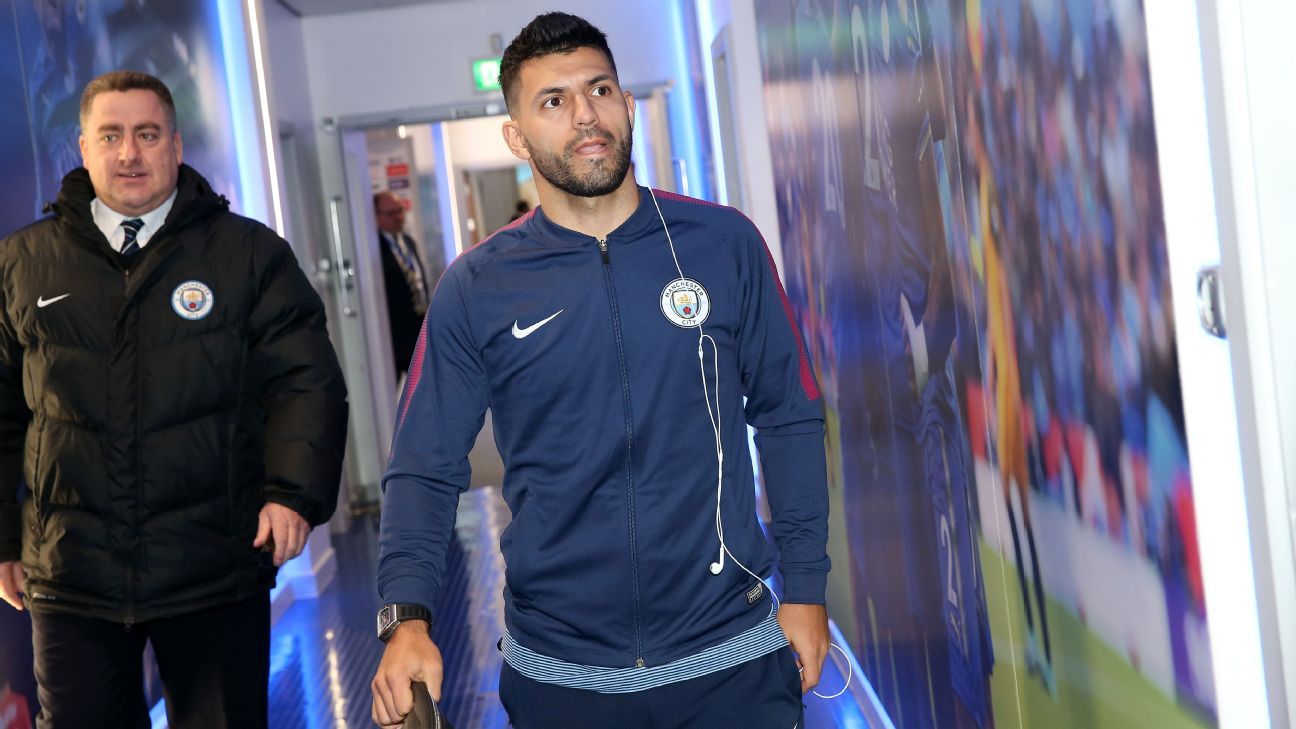 Aguero, 29, has been rotated with Gabriel Jesus but was left on the bench for the Manchester derby and the Champions League clash with Serie A leaders Napoli this season.

He started last week’s 4-1 victory over Tottenham Hotspur but was replaced after 56 minutes with Guardiola saying after the match that he wanted “a little more energy.”

The striker looked unhappy as left the pitch, tossing off his gloves and avoiding Guardiola as he returned to the bench.

The City boss has regularly demanded more from Aguero but called him a “club legend” after he became City’s all-time top goal scorer in November.

But sources said Aguero is concerned about a possible lack of confidence in his ability from Guardiola, particularly after City were close to adding Arsenal forward Alexis Sanchez in the summer.

Aguero was left out of last season’s Champions League clash at Barcelona and according to sources he sought and received assurances from the club’s hierarchy in the summer that he remained part of the club’s plans.

Chairman Khaldoon Al-Mubarak publicly stated at the time that: “Having Sergio Aguero as part of the squad is an absolute must.”

Guardiola also said last season that he wanted him to stay adding: “I want to be clear that I am so happy with Sergio, and hopefully he can stay for a long, long time here.”

Aguero has started 17 of City’s 27 games this season although he missed a month of the season after breaking a rib in a car crash in Amsterdam before the game against Chelsea in September.

Rashford, Fernandes both 9/10 as Man United pour on the style late
Liverpool’s Van Dijk to see injury specialist amid fears of cruciate knee ligament damage
Starting Bale on bench vs. West Ham a ‘good decision’
Cristiano Ronaldo adds shaved head to topknot, braids and highlights in the many phases of his hair
Tottenham’s squad on Gareth Bale’s first debut in 2007: Where are they now?