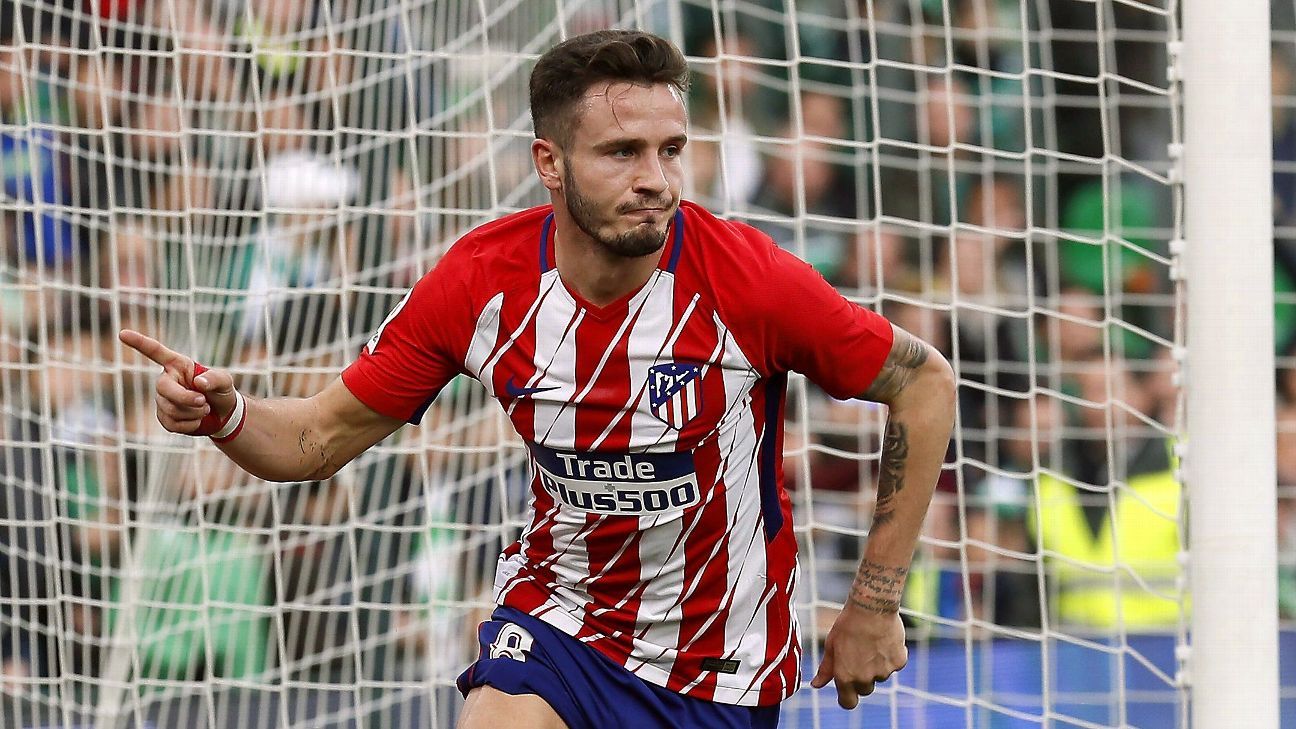 
Atletico Madrid did what they do best and dogged out a 1-0 win away to Real Betis on Sunday afternoon.

Saul’s close-range effort on the half hour was enough to seal this for Los Rojiblancos, who are now unbeaten away from home in La Liga for 19 games — dating back 12 months as they continue to keep the pressure on Barcelona at the top of the table.

They needed a Jan Oblak special to keep the scores level late on, however apart from the Slovenian’s effort the result was rarely in doubt, despite the home side dominating possession, as Atleti kept them at arm’s length throughout in what was a professional performance.

Saul is back in the goals, a year unbeaten on the road and a clean sheet. Lovely stuff.

Without Antoine Griezmann, the side’s attack looked very limited, which is harsh considering they won. The midfield looked leggy and need the winter break, too.

7 — Diego Simeone was slightly hamstrung by Griezmann’s absence, but picked a side that got the job done.

GK Jan Oblak, 8 — Continued from where he left off against Chelsea. Pulled off a stunning full-length stop to deny Cristian Tello in the second half to ensure his side of the three points.

DF Sime Vrsaljko, 6 — Was understandably rusty early on, but improved after his tantalising cross was turned in by Saul at the back stick. Solid from there on in.

DF Diego Godin, 6 — Much like his partner he did what was required when called upon without ever standing out.

DF Filipe Luis, 6 — Had his hands full with Tello all afternoon but largely came out on top. Betis often went down his side but he was decent enough in defence when called upon. Unable to attack with his usual gusto.

MF Thomas Partey, 7 — All over the park, covering huge amounts of ground, especially late on. Passing accuracy not brilliant but often won the ball back.

MF Koke, 6 — Not the type of game in which he can excel. Asked to do a lot of defensive work as the home side dominated the ball, but kept his position well and often sat in front of Vrsaljko to give him a helping hand.

MF Gabi, 5 — Struggled a bit as he often does against quick, energetic opponents. Looked tired after his midweek exertions in Europe.

MF Saul Niguez, 8 — Back in the goals and showed that Los Colchoneros have another match-winner in their ranks other than the absent Griezmann. Off the ball he never stopped running and looks to be getting back to his best.

FW Angel Correa, 5 — Forced Antonio Adan into a couple of smart saves, but perhaps might have done better with his finishing. Never seems to have the same kind of impact when starting games compared to when he comes on as a sub.

FW Kevin Gameiro, 5 — A willing runner but was very isolated and hardly touched the ball before being subbed.

Jose Maria Gimenez, 6 — Brought on to help shore things up at the back for the final half hour and did just that.

Fernando Torres, NR — Spooned over from close range in stoppage time with the goal gaping.

Lucas Hernandez, NR — On in stoppage time to wind the clock down.