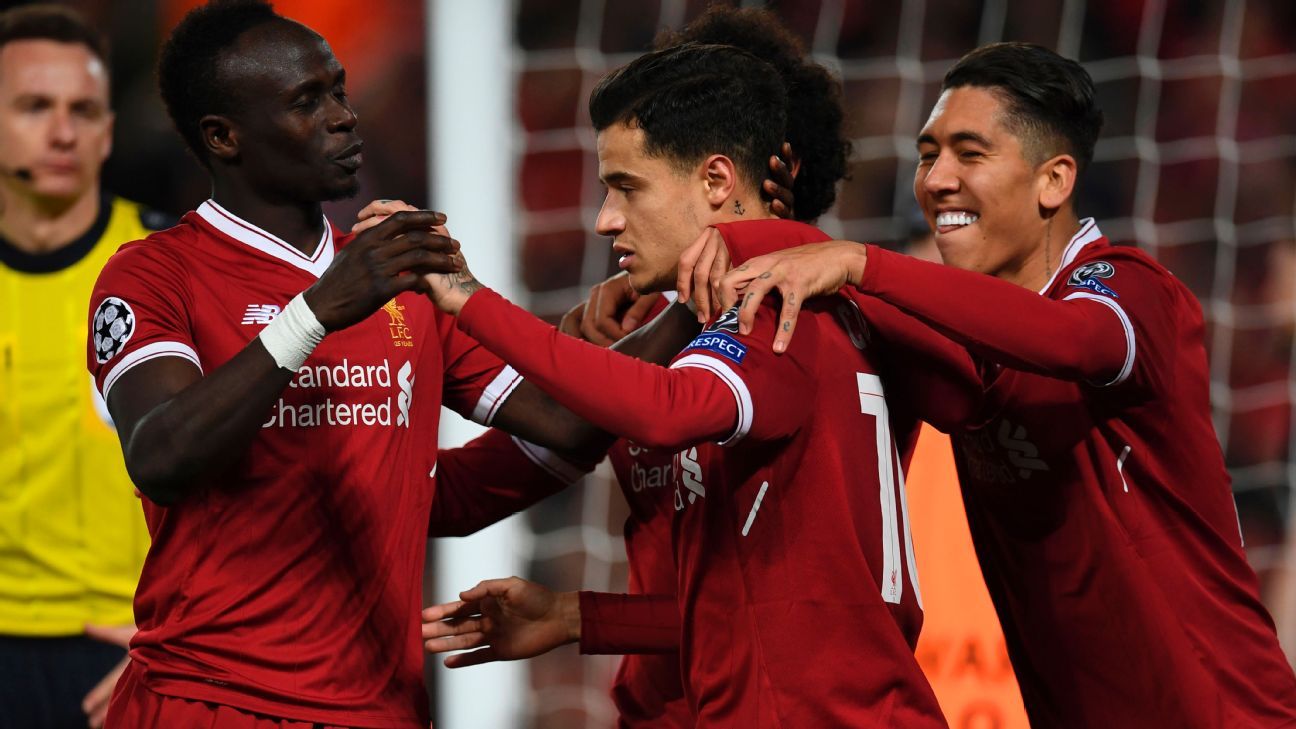 
It’s the half way point in the season and time to take stock of the season so far at Liverpool.

Jurgen Klopp’s men have been graded and we’ve picked a star man, flop, key question and prediction for the rest of the season.

After the 4-1 thrashing against Tottenham in October, you wondered where Liverpool’s season was heading. At that point, they had won just two out of their last 10 and looked like they had a more-than-tough battle on their hands to finish in the top four. The much-maligned defence was continuing to be a glaring Achilles’ heel and similar storyline lingered: they were unable to convert their dominance into goals and wins.

But fast forward nearly two months and Liverpool are well-placed both in the Premier League and the Champions League.

For the most part, the impressive work of their “Fab Four” — Philippe Coutinho, Sadio Mane, Mohamed Salah and Roberto Firmino — has taken some of the spotlight off Liverpool’s back four and failure to land Virgil van Dijk in the summer transfer window.

In stark contrast to last season, Liverpool now tend to beat the teams lower down the table. However, they have failed to pick up wins in matches with Manchester United, Chelsea and local rivals Everton. It’s an area that needs improving on in 2018.

Adam Lallana, one of Liverpool’s best players last season, has been absent with injury and is only just coming back now. Lallana getting fully up to speed and perhaps one or two additions in January could push Liverpool on in the second half of the season.

Salah — possibly the Premier League’s star man too. The doubts people had about whether he could cut it in England after his failed spell at Chelsea have been well and truly been dismantled. Salah is an entirely different proposition nearly three years on from his time at Stamford Bridge.

His quick impact has probably even taken Klopp and Liverpool’s recruitment department by surprise. The club-record £40 million signing, who mainly plays on the right wing, is the top scorer in the Premier League. He has scored all kinds of goals during his short time at Anfield — ranging from genuine moments of world class quality that unlock tight games to tap-ins from positions that an out-and-out striker would be proud of.

What the signing and success of Salah has also allowed Liverpool to do is place less reliance on other key players, such as Coutinho and Mane, while ensuring the threat of their devastating attack remains. The Egyptian has won three out of four Liverpool Player of the Month awards this season and his performances give Liverpool a genuine shot at achieving collective honours.

It’s not been the easiest of times for Liverpool captain Jordan Henderson, missing the second half of the 2016-17 campaign with a foot injury before returning this season and struggling to generate any kind of form.

Klopp still sees Henderson as a holding midfielder but Emre Can has been Liverpool’s best No. 6 so far in 2017-18. The one saving grace for Henderson in that regard is the very good chance Can isn’t playing for Liverpool in the long-term future as his contract impasse continues to drag on.

Henderson’s form has meant that he has been, rather unfairly, the first target for blame when Liverpool have struggled. However, his manager has been first to defend him from the intense criticism. Klopp has claimed Henderson has the “hardest job in world football” in succeeding Steven Gerrard as Liverpool skipper.

But unlike Gerrard, the Liverpool captain is no longer a position that means you’re a starter for every game, no matter the importance, with Henderson sitting out the Champions League decider with Spartak Moscow earlier this month.

The 27-year-old doesn’t have the easiest of tasks in this attacking Liverpool side, but it’s certainly fair to want more out of him.

Last season’s collapse part way through the campaign appears to have scarred Klopp. A predictable Liverpool side evidently ran out of steam around the festive period in 2016-17 before stumbling across the line in fourth place.

This time around, however, it’s a different tale. Klopp is carefully monitoring the fitness of his players which has led to brave calls in leaving important players out of big games. Coutinho and Firmino started on the bench in the Merseyside derby for instance. Indeed, the additions in the transfer market have ensured the drop-off is not too considerable if Salah, Mane, Firmino or Coutinho is to sit out.

The change in approach is likely to do with Liverpool’s busier schedule, with Champions League football returning to Anfield this season. In an ideal world, Klopp wants to have a squad that is fresh and can gather momentum in the latter stages of the Premier League and Europe.

Obviously, rotating players and limiting their game-time will reduce the chance of fatigue and injury, but will the results drastically suffer when Liverpool’s best players aren’t on the pitch? It’s all well and good managing your players, but there may not be anything left to play for when they’re arriving at their peak physical condition.

Liverpool are going along steady in the league, while they have been handed a favourable draw in the round of 16 in the Champions League against Porto.