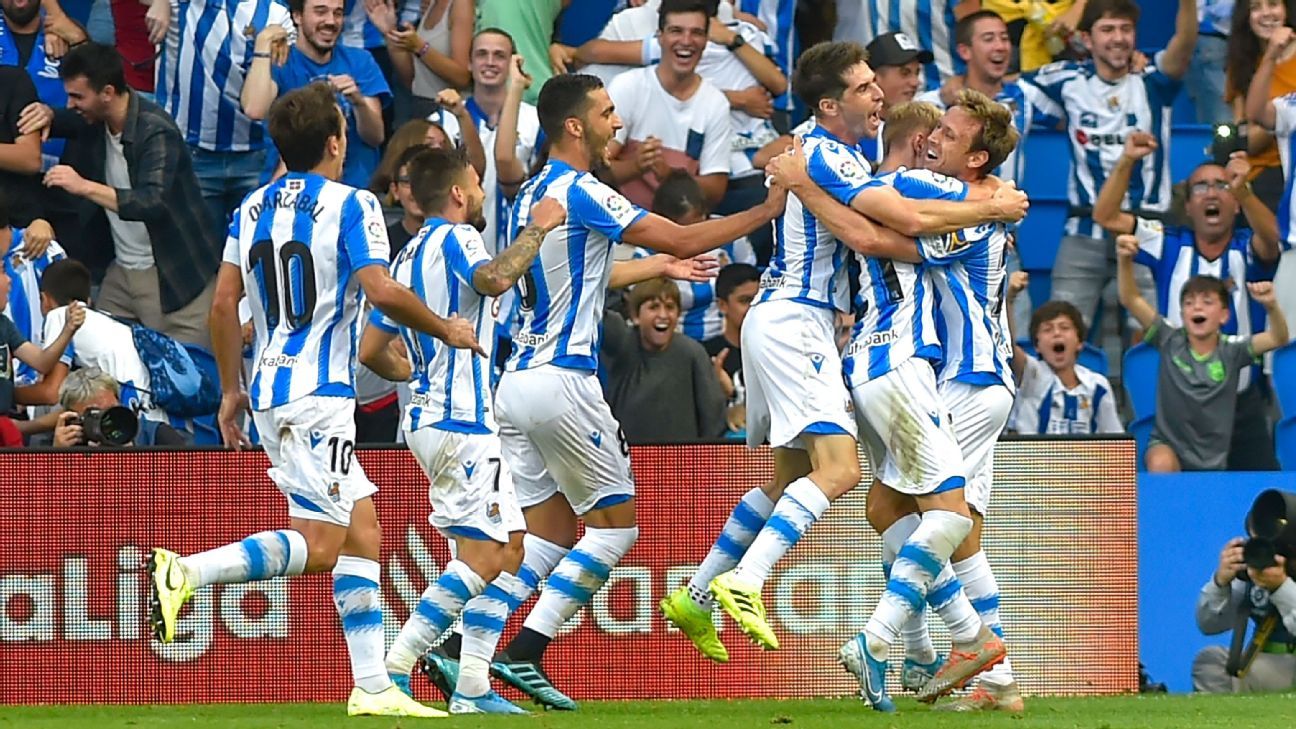 
Roared on by a record crowd in their revamped and completed stadium, Real Sociedad ended La Liga leaders Atletico Madrid’s 100% start to season with a deserved 2-0 win on Saturday.

Former Real Madrid player Martin Odegaard put the Basque side ahead in the first game at the renovated Reale Arena with a deflected shot in the 58th minute which completed a sweeping end-to-end attack.

Debutant Nacho Monreal doubled Sociedad’s advantage only three minutes later, pouncing on a fumble by Atletico goalkeeper Jan Oblak who later had to be substituted despite protests from the Slovenian after taking a blow to the head.

Atletico remain top of the standings with nine points from four games, although Sevilla could leapfrog them to the summit if they win at Alaves on Sunday. Sociedad have seven points.

Visiting coach Diego Simeone remained upbeat after his side’s perfect start to the season was interrupted.

“It’s out first defeat since the start of the pre-season and we know we need to improve and grow. We’ve got lots of young players who need to gain experience and you do that through setbacks,” he told a news conference.

“La Liga is very difficult and when you don’t start a game with enough intensity you can lose because there’s a lot of quality in this league.”

Sociedad have spent the last two years renovating their ground to bring fans closer to the action, eliminating a running track that used to surround the pitch at a cost of a reported €47m.

They were forced to play the first three games of the campaign away from home but set a club record attendance of 34,719 fans for their first game back at the rebooted ground.

“It was the inauguration of the stadium and the truth is it couldn’t have gone any better,” said goalscorer Monreal, who joined the club last month from Arsenal.

“We played a superb game in every aspect, working hard in defence and creating lots of chances in attack.”

Barcelona’s Braithwaite – ‘I won’t wash my kit’ after Messi hug
Chelsea’s Rudiger on December Tottenham incident ‘Racism has won’
Chelsea’s flaws laid bare in Champions League by rampant Bayern performance
Sergio Ramos 26 career red cards is not even close to the all time record held by The Beast
Silva, Herrera among PSG stars facing injuries ahead of Dortmund