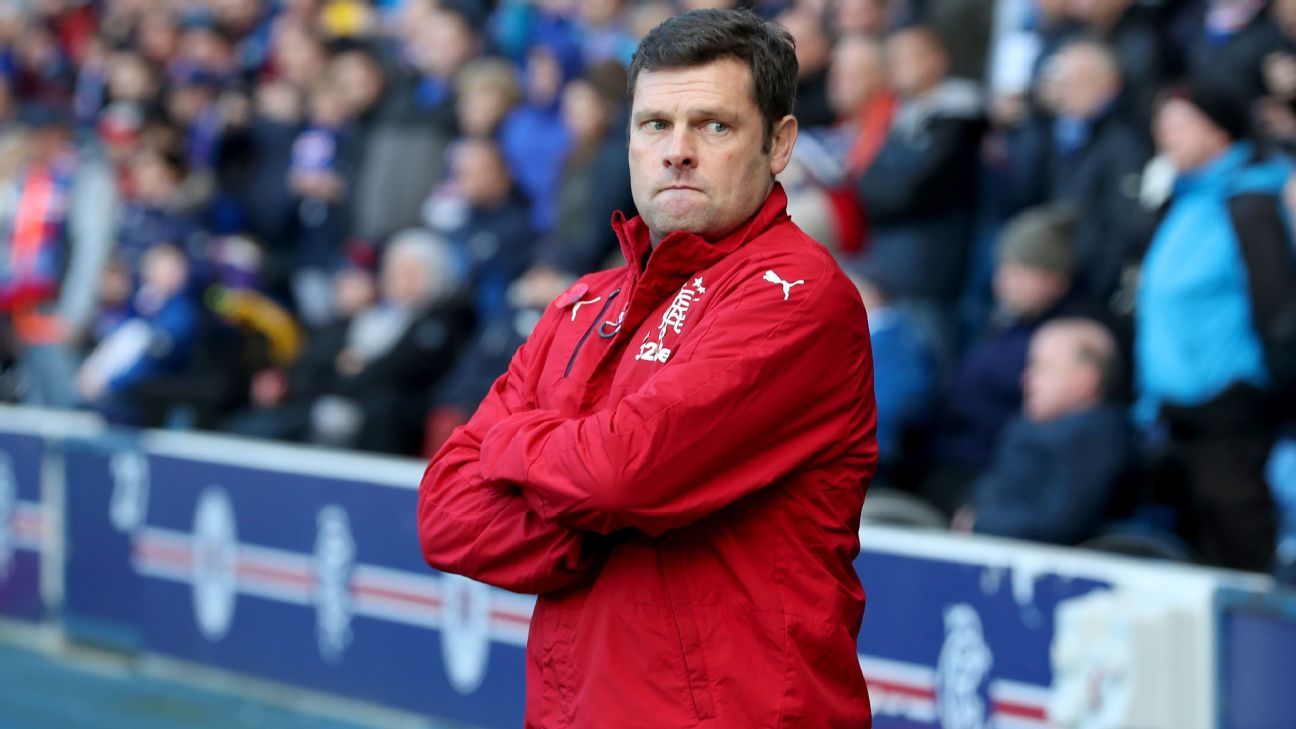 
Former Rangers winger David Templeton was on target as Hamilton recorded their first league victory at Ibrox since 1926.

Templeton accepted a gift from Ross McCrorie to open the scoring inside two minutes of the second half and Darren Lyon netted his second first-team goal on a breakaway 10 minutes from time.

Hamilton finished the match with 10 men as Alex Gogic was sent off in stoppage time.

The 2-0 victory was Hamilton’s first win over Rangers since Adrian Sprott scored a famous cup winner at Ibrox 30 years ago.

Former Rangers goalkeeper and Scotland manager Bobby Brown helped make the half-time draw but even the 94-year-old was too young to remember the last time the Accies took the points back to Lanarkshire from Ibrox.

Rangers had gone into the game looking to secure a third consecutive win for the first time in 2017 but caretaker manager Graeme Murty saw his chances of landing the job on a long-term basis severely dented following earlier wins over Hearts and Partick Thistle.

Alfredo Morelos missed a series of chances for the home team as the striker’s goal drought extended to nine matches.

Rangers started brightly and Morelos saw a flick saved following a Daniel Candeias cross. There was room round the outside of the Accies defence and both Kenny Miller and Morelos got played through the channel but could not get their shots on target.

The home side too often failed to find a Rangers jersey from crosses or cutbacks but Morelos did have two excellent first-half chances.

A Josh Windass cross found him unmarked four yards out but the Colombian got his technique all wrong and his header bounced over the bar.

Morelos had another free header in stoppage time when Jason Holt returned the ball into the goalmouth after Gary Woods had punched a corner half clear, but the striker hit the bar with the goalkeeper stranded.

Templeton had shown some good touches in the first half but Accies had failed to trouble Wes Foderingham until the winger was handed a gift. McCrorie’s misplaced sent Templeton clean through and he rounded the goalkeeper before putting the visitors in front.

The former Hearts player came close from 22 yards as Rangers took time to recover from the blow.

Xavier Tomas almost turned a Morelos delivery into his own net before the Colombian passed up another chance when he failed to make contact with a low driven cross from Candeias.

The former HJK Helsinki striker missed another glorious chance when Ryan Jack played him through after Gogic had given the ball away, but he shot well over with several Accies players in close pursuit.

Murty immediately brought on a new strike pairing of Ryan Hardie and Eduardo Herrera but Rangers were caught out by a strong break by Greg Docherty, whose square ball was stroked home by Lyon.

Woods saved from Windass and Herrera and Danny Wilson headed against the bar but the comeback attempts were played out in a subdued atmosphere as Ibrox had almost emptied by the time Gogic received a second yellow card for a stoppage-time foul on Hardie.