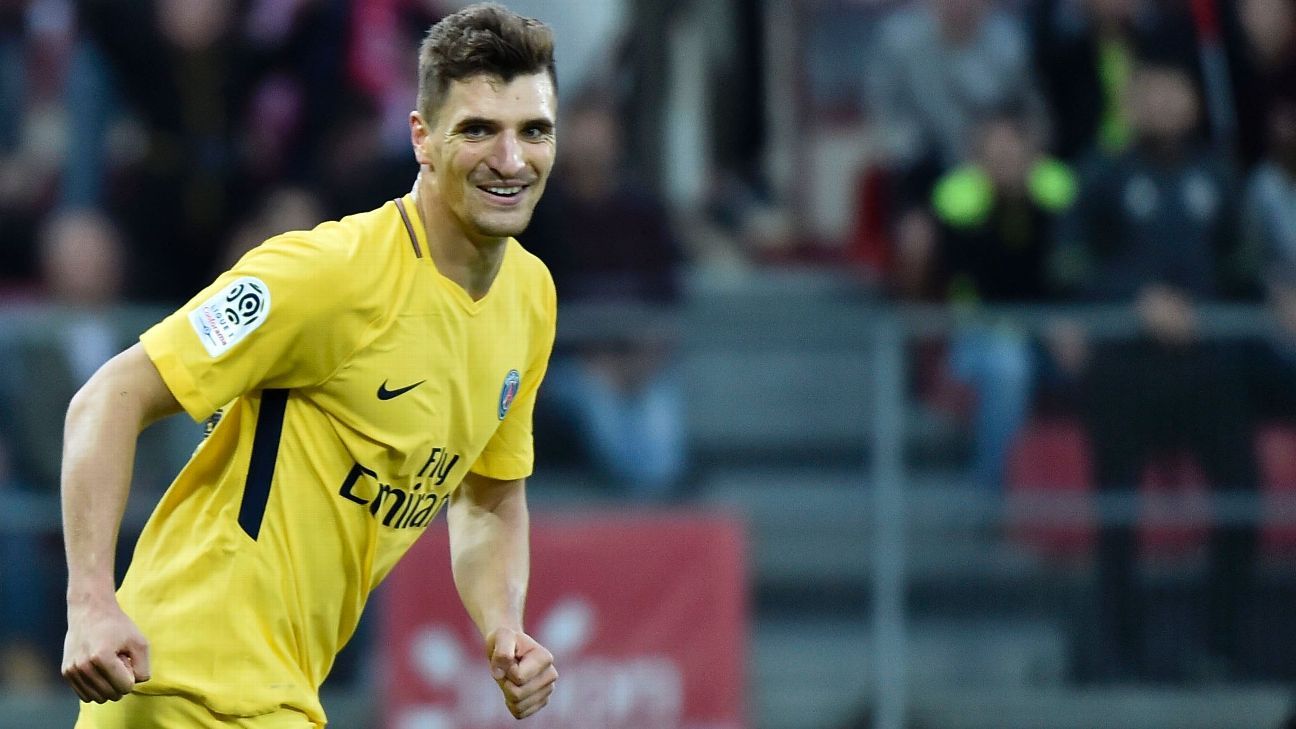 
Paris Saint-Germain right-back Thomas Meunier has revealed that he rejected a summer move to Chelsea after the French club signed Dani Alves.

Speaking with Eleven Sports (via RMC Sport), Meunier admitted that the arrival of the experienced Brazilian surprised him but confirmed he snubbed a move to Stamford Bridge and stated his desire to usurp Alves as PSG coach Unai Emery’s preferred starter.

“I was expecting the arrival of a right-back but not that of Dani,” the 26-year-old said. “I did not know what to think. Was I only going to be a substitute? I could have left for Chelsea on the final day of the summer transfer window but I did not.

“I am good here and I do not want to leave — I want to become the first choice in this role by the end of the season.”

Meunier is a popular figure with PSG’s supporters and many were surprised to see the Ligue 1 giants move for Alves this summer. The Brazil international has made an impressive start to life at Parc des Princes, though, with two goals and four assists from 13 competitive appearances across all domestic and continental competitions.

Alves, 34, also brings important leadership qualities to the PSG dressing room and Meunier recognised, in another recent interview with Canal+, that the South American is “the best of the best.”

Aside from not starting as much as he would like and perhaps deserves, the Belgium international — who boasts three goals and two assists from eight domestic outings in Ligue 1 and the Trophee des Champions — is upbeat about life in the French capital.

“Professionally, things could not be going any better,” he said. “At a football level, everything is perfect — both with Belgium and PSG. I am not injured and I am playing for possibly the best team in the world at this moment.”

Meunier is currently on international duty with Belgium and will face Mexico and Japan with Roberto Martinez’s men before returning to PSG, who next play against Nantes at Parc des Princes in Ligue 1 in just under a fortnight.