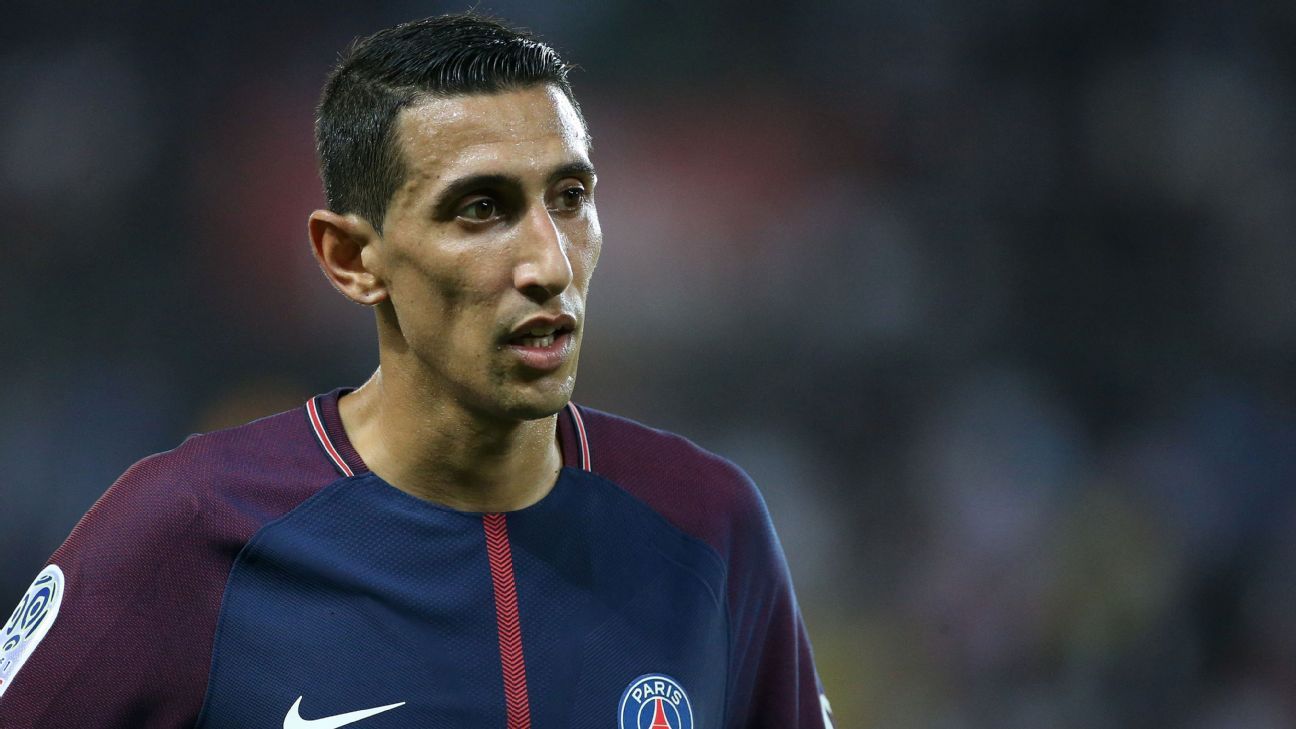 
Paris Saint-Germain’s Angel Di Maria has told ESPN that a summer move to Barcelona was a possibility after the French capital outfit signed Neymar and Kylian Mbappe.

The Argentina international conceded that he hoped right up until the end of the French and Spanish transfer windows that a deal would be struck to take him to Camp Nou but that it never materialised.

Di Maria, 29, also hinted that a future move to Catalonia could still happen.

“I was close and at the same time very far from reaching a deal with Barca,” Di Maria said. “I never lost hope over the chance. I was calm about it but it never happened.

“For sure, life takes many twists and turns and one never knows what the future might hold.”

Di Maria is currently in Russia with the rest of the Albiceleste squad ahead of friendlies against the 2018 FIFA World Cup hosts in Moscow and Nigeria in Krasnodar.

The former Real Madrid and Manchester United man has lost his place in Unai Emery’s regular PSG starting XI this season, with Mbappe, Edinson Cavani and Neymar the Spaniard’s front three of choice.

Asked if he could picture himself playing for Barca because of his Real Madrid history, Di Maria revealed that he has only ruled out playing for one club before the end of his career — Newell’s Old Boys — because of his desire to play for formative club and local rivals Rosario Central once again.

“I always say the same thing,” said PSG’s No. 11. “The players from Real will laugh at me but I am a fan of Central and that is why I could never play for Newell’s.

“So, I tell the fans of Central to keep up their hope for me — I have always wanted to retire there.

“But as for any other club, I have always said that I will give my all for the team I am playing for.”

Di Maria has scored once and provided three assists from his last four appearances across all competitions with PSG, and is focused on winning back his place with the Ligue 1 giants.

“PSG are in good form right now,” he said. “We have strengthened well and we have a team capable of going all the way in the Champions League.

“Sometimes, though, having the best does not guarantee you Champions League success. I am working hard to keep making progress, to always improve.”

Di Maria and PSG are back in domestic action at home to FC Nantes once the current international break ends, before clashes with Celtic, Monaco and ESTAC Troyes before the end of the month.